How ISIS Funds Its Reign of Terror 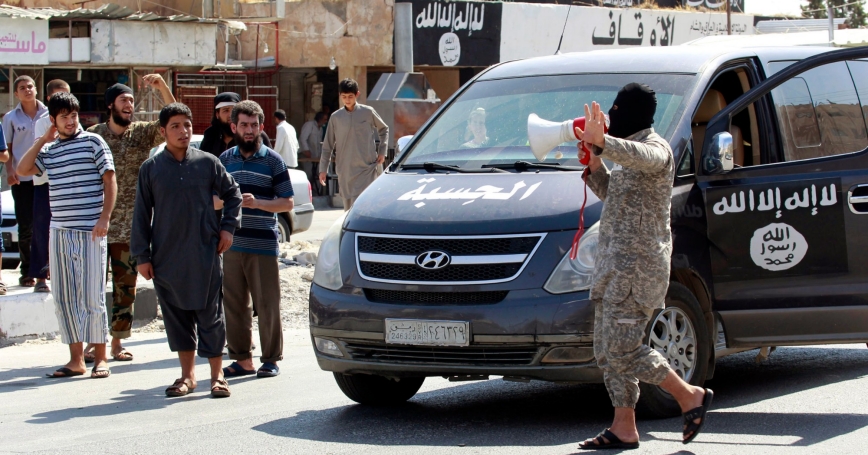 It is no wonder that the terrorist group ISIS is now calling itself the “Islamic State.” The group has fashioned a small army out of a mix of foreign and local fighters, established oil refining and trafficking operations, and even collects taxes.

Despite longstanding rumors that ISIS has foreign patrons in Gulf States such as Saudi Arabia, Kuwait and Qatar, there is precious little evidence that it ever depended on foreign largess. The group mostly brought in its own local funding even when it was down-and-out and in hiding after the U.S. troop surge of 2007 to 2009.

While there may be some foreign money flowing in to ISIS, stopping these transnational flows will not stymie the group. Whatever its international influences, ISIS raises most of its money from the territories it feeds off of, making the problem of beating back the group exceedingly difficult.

As part of my research at the RAND Corp., I have been examining ISIS' finances, management and organization, working with documents, manuals and ledgers created by ISIS and its predecessor organizations since late 2006. More recently, we have teamed with scholars from Princeton and Emory universities, and analysts from other organizations, to study more than 150 documents from 2005 to 2010. Drawing on this ongoing research, a number of conclusions can be reached.

Most important, ISIS raises much of its money just as a well-organized criminal gang would do. It smuggles, it extorts, it skims, it fences, it kidnaps and it shakes down. Although supposedly religiously inspired, its actions are more like those of an organized criminal cult. To borrow from mobster Salvatore (Sammy Bull) Gravano, members in ISIS don't get ahead just by being thugs — “at some point you have to learn to be a racketeer as well."

ISIS' most important revenue source right now is the smuggling of oil from the oil fields it controls in Syria and Iraq. It has been reported to control about a dozen oil fields along with several refineries. Estimates of revenue vary, but a range of $1 million to more than $2 million a day is reasonable.

To keep the oil flowing to direct buyers and through middlemen to markets in Syria, Iraq, Turkey and possibly even Iran, ISIS retains the technical workers at these oil operations, but replaces top management with its own people.

This is nothing new. Al Qaeda in Iraq, the pre-ISIS organization, was raising its money locally, mostly from theft, in 2005 and 2006, the peak of its power in Iraq's Anbar Province. Over a period of 11 months, only about 5% of Al Qaeda in Iraq revenues in Anbar came from donations. Later, from 2006 to 2009, the group's “Ministry of Oil” raised $2 billion with a smuggling operation based at the Bayji refinery in Iraq.

So ISIS is a formidable fund-raiser. To its disadvantage, the group is also a formidable spender. It pays regular salaries to members based on family size and even has promised to maintain those payments if the member is killed or captured. When casualties are high, this can mean high personnel costs relative to active manpower.

It also pays rent for some members and medical expenses, maintains safehouses and has to buy weapons and other equipment. As a cash-based organization, it also has to guard against internal corruption, which is documented in the group's own records.

Historically, ISIS' main outside revenue has come in small donations from supporters who have traveled to Iraq and Syria — in many instances as suicide bombers. And while donations from the Gulf countries may have been welcome additions, neutralizing donations from wealthy Gulf sources will have little effect today.

Countering ISIS demands a multiprong strategy, including battlefield victories, operations to kill or capture its senior leaders, operations to shut down oil smuggling and other sources of finance, and even information operations to make clear to the people in Iraq and Syria exactly who ISIS is and the kind of dystopian society it stands for.

Over the longer term, destroying the group will require governments in Iraq and Syria that to some degree have the consent of the governed and that are viewed as legitimate enough by the residents of those countries.

Although Gulf-based finances have played little role in the recent rise of ISIS, there is considerable room for speculating on their role in planting the roots of ISIS' ideology. Combating that will take a longer-term effort, but an effort that must come in large part from the Gulf countries themselves.

Howard Shatz is a senior economist at the nonprofit, nonpartisan RAND Corp.

This commentary originally appeared in New York Daily News on September 8, 2014. Commentary gives RAND researchers a platform to convey insights based on their professional expertise and often on their peer-reviewed research and analysis.