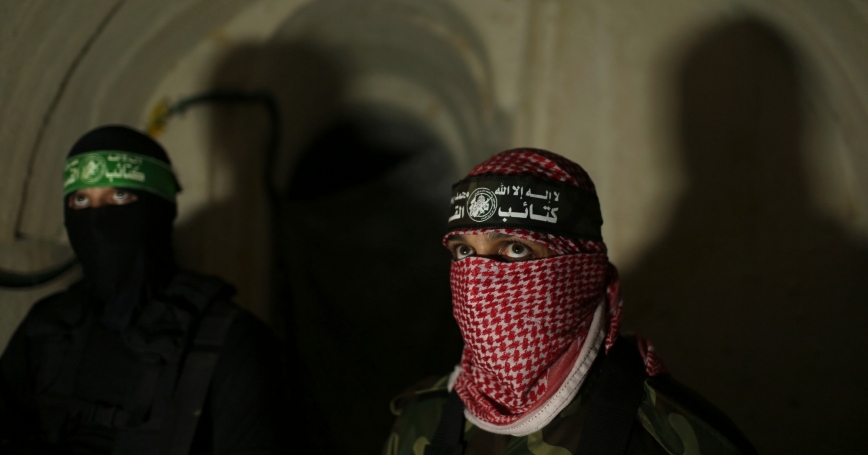 Though tunnel warfare may seem exotic, it is hardly a new phenomenon. For millennia, tunnelers have used secret subterranean passageways to undermine fortifications, bypass defenses, elude legal authorities, and launch covert attacks. The elaborate tunnel networks of Gaza are just the latest example.

Imagining ancient and medieval sieges may conjure up visions of battering rams, catapults, and storming the walls, but the dirty, thankless work of tunneling was often a central element, too. Attackers digging beneath fortified walls then used fire or explosives to collapse the tunnels, enabling forces to burst through the breach in the walls above. Tunnels also let attackers surprise foes in the midst of the city, with particularly daring troops seizing the gates from within, allowing a larger force to enter. Sometimes, the besieged used tunnels to bring in supplies or reinforcements. (Bosnian forces employed this tactic during the siege of Sarajevo in the early 1990s.)

Tunnels have also played important roles in non-siege contexts. Tunnels filled with explosives wiped out Confederate positions in the American Civil War. During the First World War, British-dug tunnels hosted the largest pre-nuclear explosion, devastating German forces above them. “We may not make history tomorrow,” the commanding general noted beforehand, “but we shall certainly change the geography.”

Tunnels were a mainstay of the Vietnam War. The Viet Cong used them extensively to breach perimeters and surprise enemies, even penetrating U.S. bases. Tunnel attacks also had powerful psychological effects: Americans struggled to cope with hidden enemies who emerged, attacked, then disappeared like phantoms. Vast tunnel complexes also enabled the Viet Cong to covertly sustain themselves indefinitely. Like bunker complexes everywhere, including those used during World War II and the Cold War, they offered protection from enemy weapons fired from the air or surface.

Tunnels are also an important law-enforcement issue; for example, numerous smuggling tunnels have been discovered along the U.S.-Mexican border. Earlier this year, U.S. authorities uncovered a pair of sophisticated tunnels, equipped with electricity and rail systems, linking buildings in San Diego with warehouses in Tijuana.

But as effective as tunnels are, there are many ways to detect and counter them.

Tunnel construction invariably generates noise, vibrations, dirt, and other emissions that astute observers can detect. For example, in the siege of Barca in 510 B.C., defenders pressed their shields against the ground to detect vibrations. During medieval sieges, defenders used tightly strung bells. More advanced equipment has emerged in recent conflicts, but the principle remains the same.

The aggregation of personnel, equipment, and supplies at the tunnel entrance makes it susceptible to detection. The pile of dirt that's been removed may also reveal the entrance. Moreover, active tunnels will have personnel or goods congregating around the entrance.

In innumerable sieges, defenders have bored small vertical holes to locate tunnels beneath them. Tunnel activity can also emit noise, heat, or vibrations that can be detected from above. During the Vietnam War, American forces tried to use advanced technology for void detection, though with very limited success. A more effective tactic was deliberately “losing” a radio with a transponder inside, then waiting for the Viet Cong to take it into the tunnels.

Low-technology approaches can also work. For example, a North Korean tunnel was revealed when observers noticed that dew above it was vaporizing more quickly than dew nearby, indicating different rates of warming underground.

Traditionally, moats and deep trenches not only rendered surface attacks more difficult, but also compelled prospective tunnelers to delve much more deeply. This made tunneling operations more conspicuous, resource-intensive, and time-consuming. A modern-day approach is to use deeply implanted pilings to prevent tunneling.

One of the most effective tunnel countermeasures is digging opposing tunnels. When these intersect opponents' tunnels, small underground battles often ensue. Alternatively, digging beneath the other side's tunnels is a time-honored tactic, either to make the upper tunnels collapse or to subject them to fire or explosions from below.

Ancient Romans, Persians, and others used smoke to drive out or suffocate tunnel occupants. The U.S. Army flooded tunnels with water, irritating gases, and flammable, explosive materials during the Vietnam War.

Tunnel destruction requires not only the injection of concrete or explosives, but also prior exploration to ensure that sealed boundaries within the tunnel complex won't limit the effectiveness of such actions. Exploring tunnels is extremely dangerous: The tunnel occupants can employ a combination of booby traps and attacks from concealed positions. The Viet Cong became particular experts at frustrating attempts to enter their underground labyrinths, greeting intruders with sharp stakes, tripwires tethered to grenades, and poisonous snakes. They also learned to impale the first intruder into a tunnel, preventing him from advancing or retreating. Today, Israeli forces are using unmanned systems to explore some Hamas tunnels prior to destroying them with explosives, reducing the risk to personnel.

Clearly, tunnel warfare remains not only important, but also tactically and operationally complex. Despite its long history as an effective combat tool, tunneling rarely garners much attention, perhaps because it is inherently clandestine, tedious, and dirty. However, as the conflict in Gaza indicates, tunneling remains effective, and will likely persist as long as conflict itself.