France Is Replacing the UK as America's Top Ally in Europe 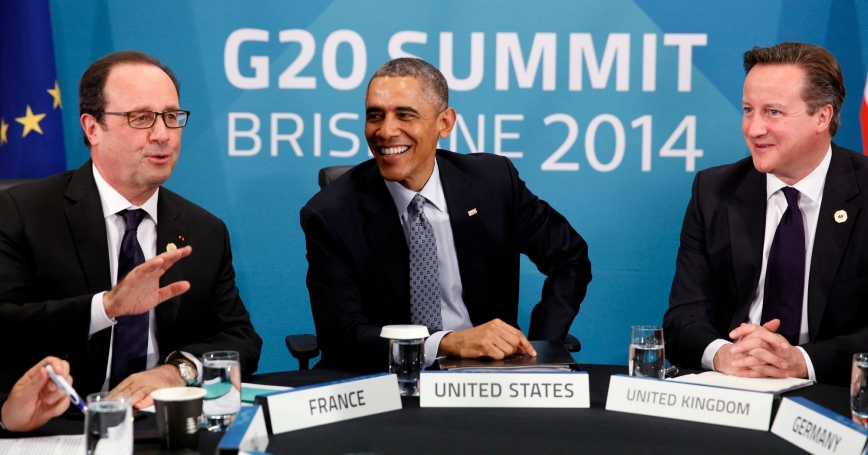 by Michael Shurkin and Peter A. Wilson

The combination of Western Europe's continued disarmament and a rapidly evolving strategic situation —the return of Cold War-type tensions with Russia and the rise of ISIS (a.k.a. “The Caliphate”) and allied Islamist movements—has underscored an important development for the U.S. strategic approach toward the North Atlantic Alliance: The key ally in NATO Europe may no longer be the United Kingdom but France.

This is good news insofar as it means that the UK's decline as a military power does not leave the United States bereft of a willing and able ally, and the U.S. relationship with France should be recognized and strengthened. The bad news is that the relationship's stability is threatened by the rise of France's Marine Le Pen and the far-right Front National party she leads.

France, alone among the big NATO powers, retains the military capability and the political moxie to contribute significantly and aggressively to collective responses to security threats to the Atlantic Alliance. Paris demonstrated this in 2013, when French President François Hollande launched a military intervention in Mali to save it from Islamist militants and effectively assumed responsibility for Europe's “southern front” in the African Sahel.

Today, more than 3,000 French troops backed by fighter jets are engaged in a U.S.-backed regional “hot” war against Islamist groups in the Sahel, and the French are inching toward greater involvement in the war against the Nigerian Islamist group Boko Haram. In the Middle East, the French have joined the U.S.-led coalition against ISIS. There, as well as in Africa, Paris sees itself as doing what it can to prevent the various pieces of a potential Islamist caliphate from joining together.

Regarding Russia, the French have been firm in their opposition to Russian aggression at the diplomatic and economic levels, and Paris has gone so far as to block delivery to Russia of two highly capable amphibious assault ships. France also has the greatest ability of any of the European allies to rapidly contribute a significant force capable of handling a clash with Russia, if the need arises.

The French government's recent decision to freeze defense-spending cuts even in the face of powerful financial pressure—unlike the British government, which appears committed to further defense reductions for an already diminished and shrinking UK defense establishment—indicates a desire to preserve that ability.

Moreover, France, which only recently returned to full integration with NATO, has been going to great lengths to ensure that French forces can fight effectively alongside Americans. For example, French Rafale fighter jets have been practicing operations off U.S. aircraft carriers, and in the first week of March, Rafales were operating off a U.S. carrier in the Arabian Gulf, participating in the anti-ISIS campaign.

The importance of the burgeoning Franco-American relationship makes the rise of Le Pen troubling. Reportedly tapping into post-Charlie Hebdo anti-Muslim sentiment, she now polls ahead of all other major French political leaders. But rather than cheering on Paris's militarily robust actions abroad, Le Pen and her party advocate withdrawing from NATO and retreating from ongoing coalition operations into a stance of armed isolationism combined with admiration if not support for foreign strongmen.

Le Pen criticizes Hollande and his predecessor, Nicolas Sarkozy, for undermining Syrian President Bashar Assad and toppling Libya's Muammar el-Qaddafi. Le Pen also has voiced support for Russian President Vladimir Putin and opposes Hollande's alignment with the U.S. regarding the Ukraine crisis. Some of this support might have been bought: A Russian bank reportedly lent the Front National party $11 million, prompting speculation that Putin is supporting Le Pen covertly.

Whatever the case may be, it is clear that there is an alliance in Europe between Putin and populists on both the far right and far left who share antipathy toward the European Union and the U.S.-led liberal and military order. These efforts are not inconsistent with Moscow's systematic attempts to develop “special relations” with acute European nationalists in Hungary, Serbia and Greece as it tries to damage the near-term cohesion of the European Union.

Although little can or should be done about Le Pen by the United States, it is in the United States's interest to strengthen bilateral relations with France. Military cooperation is already taking place at an unprecedented scale and should be encouraged. The value of the French nuclear deterrent force should be openly acknowledged as part of the collective Alliance deterrent posture toward a Russian leadership that openly brandishes the prospect of limited nuclear weapon use in the event of a future severe political military crisis in Europe.

Finally, the time may have come to bring France into the exclusive intelligence-sharing club known as “the Five Eyes,” which includes long-standing U.S. allies Canada, the UK, Australia and New Zealand. The price of membership for France is high because Paris would be expected to give as well as to take. But in light of the strategic convergence between Paris and Washington, both Americans and the French would have much to gain.

Michael Shurkin is a political scientist and Peter A. Wilson is a senior defense research analyst at the nonprofit, nonpartisan RAND Corporation.

This commentary originally appeared on Newsweek on March 30, 2015. Commentary gives RAND researchers a platform to convey insights based on their professional expertise and often on their peer-reviewed research and analysis.