To Serve and Collect? Police Department Funding, Effectiveness, and Legitimacy 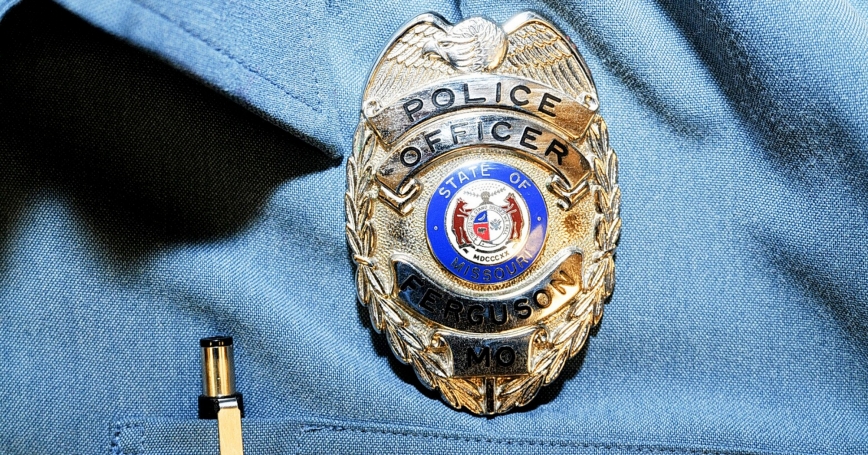 A public debate about policing is going on in the United States, catalyzed by the incidents in Ferguson, Missouri, and New York City. That debate includes many fundamental and important issues for our democracy, including the constitutionality of policing practices, the relationships between citizens and police, and fair and impartial policing of different minority and ethnic groups in our diverse country.

But like so many issues in public policy, one of the factors shaping the complex challenges we face—and a potential lever to help address them—is simple and unsurprising. That factor is money.

Looking at concerns that have been raised in recent years about police practices, a nontrivial number are about money and police departments' roles in collecting it—whether to supplement their own or their municipality's budget.

A recent Washington Post investigation examined asset forfeiture—the process law enforcement can use to seize cash or property even before individuals are convicted of a crime—and the fairness of its use. Controversies have arisen in multiple jurisdictions about automated speed cameras installed by private companies for a cut of revenue from fines, and whether their use was being driven by public safety goals or a desire to maximize revenue.

As part of the report (PDF) on the Ferguson Police Department, one problem flagged by the Department of Justice was behavior by the department and court system aimed at advancing revenue collection rather than public safety—and that those efforts were managed to ensure that the department was “bringing in revenue at the desired rate.”

It shouldn't be a surprise that the prospect of police departments generating revenue would seem like a great idea to municipal leaders. During the financial crisis, state and local budgets were hit hard. The pain of tight budgets has been felt across the board in many jurisdictions and the resources available to police departments fell (PDF), requiring changes like service and staff cuts (PDF).

Creating a way for police activities to become partially self-funding, and setting them up in a way that affects “criminals”—using that term very loosely—rather than the whole population would clearly seem to be politically attractive.

Similarly, it shouldn't be a surprise that this could look like a great idea to police leadership. Anyone who has ever run an organization knows that the ability to achieve goals is significantly driven by having the resources available to do so.

Given the range of things society expects from our police departments—answering every call for service fast and effectively, actively engaging diverse communities, preparing for security threats like terrorism, and responding to societal problems as varied as drug abuse, mental illness, youth violence and human trafficking—having discretionary resources to allow leaders flexibility in their efforts to do all those different tasks could be a real benefit.

But, the devil is always in the details. Having these assets go (in whole or in part) into the budget of the department that collected them creates an incentive for them to do more—to pursue more resources. This may seem good and reasonable, but the tough question becomes how those incentives play out over the longer term.

If a department starts to plan on having seized resources available—and to rely on them—or if officers start getting rewarded for how much revenue they bring in, the concern becomes whether law enforcement action will become driven more by the goal of revenue and less by the goal of public safety, as the DOJ suggested (PDF) with respect to the Ferguson Police Department.

There are certainly competing goals here. We would like government to be effective at minimal cost, thereby limiting the burden of taxes on the public. But that isn't all we want, particularly with respect to our police departments:

To get everything we want, we—each state, city or other locality—have to fund police departments in a way that matches the breadth of the roles we expect them to fill, and do so in ways that don't risk distorting their pursuit of their critical public safety mission. If we want public safety agencies that are effective and accountable to the will of the public, we need to fund them in an amount and through a political process that can deliver both.

We wouldn't expect other public mission agencies—the public health department, for example—to become profit centers, and we shouldn't expect that from law enforcement.

Such concerns are not an argument that fines and asset seizures shouldn't be part of law enforcement. Fines and asset seizures have a role to play in penalizing some types of crime and denying some types of criminals the fruits of illegal behavior. But such mechanisms have to be designed to insulate departments from pressures or incentives that risk distorting them into municipal profit centers.

Some steps have already been taken toward that, including revisions to federal asset seizure programs. But others could be taken as well, including placing limits on how much of an agency's budget could come from such mechanisms, effectively earmarking its proceeds for specific policy goals or tasks, directing receipts into general funds to dilute their influence, and—whatever else is done—creating transparency about how much money is coming in and what is being done with it.

As a lever that can help address larger issues within today's debate on policing, it is important to take on these sorts of resource issues. This needs to happen at the local level, in mayors' offices, at city councils and it needs to involve citizens.

And since these mechanisms were designed to fill budget holes, doing so may be tough—but given the critical role police need to play, it's worth it: Few citizens would want their public safety provided by a used car salesperson or collection agent, and it is unlikely that many police officers or leaders chose a career in law enforcement because they wanted to focus their attention and efforts on their monthly profit and loss numbers.

Getting this right would be better for both citizens and law enforcement—since otherwise it is difficult to reconcile the differences between the missions of “To Serve and Protect” and “To Cite and Collect.”

Brian A. Jackson is a senior physical scientist at the nonprofit, nonpartisan RAND Corporation and director of the RAND Safety and Justice program.

This commentary originally appeared on Newsweek on March 13, 2015 under the title Ferguson: When Cops Become Cash Cows.