Is Winter Coming? Or, Our Russia Strategy 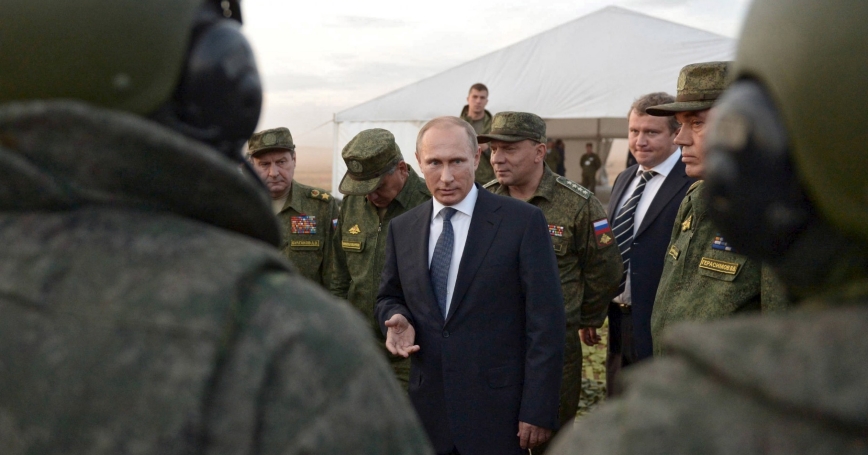 In Washington, and across the globe, many ask if Russian actions represent a new challenge to international order, and, if so, what is the best course of action to respond to it.

Defense Secretary Ash Carter cited Russian military intervention in Ukraine, Georgia, and most recently, Syria in his speech at the Reagan Defense Forum at the former president's library in California. Carter also pointed to Russian intimidation of the Baltic states, revitalization of its Arctic bases, and its aggressive actions in the air, at sea and in cyberspace. Carter expressed alarm at repeated Russian statements that seem to indicate a more cavalier attitude about the use of nuclear weapons.

The United States cannot control what Vladimir Putin and the other leaders in Russia do, but it can choose what course it wishes to take.

So what should be done? Current U.S. defense spending, like other U.S. government spending, is hampered by repeated threats of a government shutdown and sequestration. Even with the recent budget agreement, the Defense Department faces a number of fiscal challenges, including rising spending on health care and other benefits, rising acquisition costs for a number of weapons systems, and the increased prospect of the reduction or elimination of the Overseas Contingency Operations account. DoD faces serious choices about whether or not to invest in the maintenance of the nuclear triad, the revitalization of tactical aircraft and long-range bombers, and the size of the Army and the Marine Corps.

Some argue that the Russian threat is being overhyped to justify increased defense spending. Undoubtedly, there are those who cynically view Russian actions as a boon for the defense industry. But DoD's need to maintain its capabilities and develop new ones is real, and requires investment if the United States is to maintain its leading position in the global order.

A vigorous response to the perceived Russian threat would involve a range of actions. As the Defense Secretary indicates, it would involve placing more forces and equipment in Europe, including upgrades to infrastructure necessary to supply and maintain military operations in East Europe. It requires an increased pace of activity, including field exercises and other actions that would improve U.S. and allied military effectiveness and demonstrate resolve against potential aggression. The exact costs are unknown, but rough estimates indicate that real improvements are possible without large increases in the defense budget.

What role should we play as we manage our relations with allies? Allies such as the Baltic states and Poland are understandably eager for assistance due to their proximity to and relative military weakness compared to Russia. Bolstering U.S. military capabilities in Eastern Europe could encourage them to unnecessarily snub Russia and hasten conflict. In contrast, a build-up in Eastern Europe could unnerve allies like Germany and France since their calculus of the Russian threat may differ from that of the United States. Maintaining cohesion, if not unity, within NATO will be an ongoing challenge.

Upgrades to U.S. defense capability in East Europe could easily be perceived to be threatening by Russia. Open dialogue and discussion between the United States, its partners, and Russia could ameliorate tensions, but some level of disagreement and conflict will be inevitable. During the Cold War, much thought went into building military capabilities that would be beneficial for defense without being provocative. The United States faces a similar challenge today.

Michael Spirtas is an associate director for the defense and political sciences department at the RAND Corporation.

This commentary originally appeared on Breaking Defense on November 12, 2015. Commentary gives RAND researchers a platform to convey insights based on their professional expertise and often on their peer-reviewed research and analysis.