A Symbolic Purging of the NYPD Radicalization Report 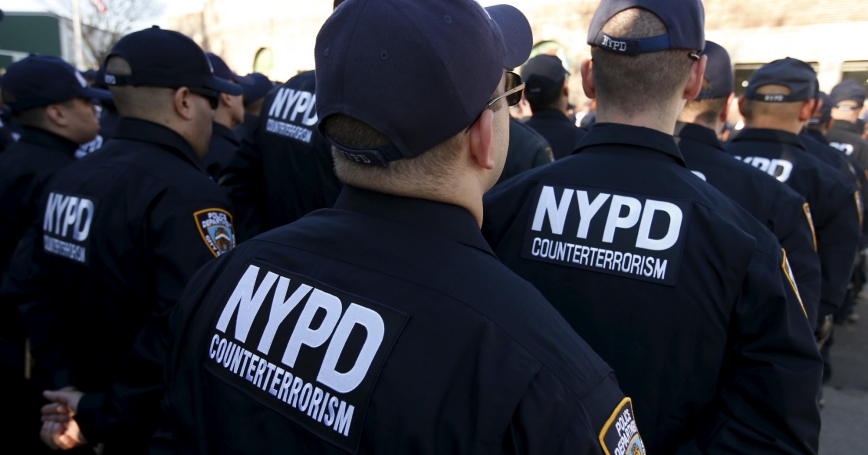 When the New York Police Department (NYPD) issued one of the earliest reports on radicalization, in 2007, not much had been published on the subject. “Radicalization in the West” looked at five cases abroad, three in the United States and two relating to New York. The subjects in all of these cases had been convicted of carrying out or plotting terrorist attacks. The research question was: How did they get there? That question has not gone away.

In the preface to the NYPD report, then-Police Commissioner Raymond Kelly wrote that it “seeks to contribute to the debate among intelligence and law enforcement agencies on how best to counter this emerging threat by better understanding what constitutes the radicalization process.” That report is now being officially disowned.

The report's observations on the Internet were particularly prescient — it called it “a driver and enabler for the process of radicalization.” In other ways, conclusions made in 2007 have been overtaken by events, including changes in patterns of radicalization and the greater use of social media, which hardly existed when the report was written.

The NYPD report was not a secret document. It was posted on the NYPD website to prompt discussion, but interested parties may soon have to look for it elsewhere. In settling two lawsuits that alleged that the NYPD had unlawfully conducted investigations of Muslims, New York City recently agreed to purge the report.

The lawsuits did not result in findings of wrongdoing, and the settlement leaves in place, with minor changes, existing NYPD rules and procedures called the Handschu guidelines. The major addition to existing protocols is the addition of a “monitor,” a lawyer to be appointed by the mayor to sit in on the regular Handschu Committee meetings within the NYPD. The committee decides whether to open and continue cases and reviews investigative methods for compliance with applicable standards. So they have added another lawyer to help ensure there is no wrongdoing where no wrongdoing was found, but it may reassure critics and is unlikely to do any harm.

While the appointment of a monitor has some rational connection to the harm alleged in the lawsuits, officially purging the radicalization report raises questions about intentions. Certainly, no one believes that radicalization of terrorist violence has ceased to be a national concern. There is the potential for violence by white supremacists, anti-government extremists and other fanatics, and the ideology of “Islamic extremism” — the term is used by the governments of Muslim majority countries — continues to be a source of terrorist inspiration and instruction. Police intelligence operations and investigations targeting potential terrorist activity will continue, including those by the New York City Police Department. Since 9/11, the NYPD has worked with the FBI and other law enforcement agencies to foil numerous jihadist terrorist plots in New York, including two in 2015.

Moreover, the report will remain available on the Internet. Its repudiation is therefore purely symbolic, but what, exactly, is being repudiated?

One can readily understand the sensitivity of Muslim Americans, who resent close scrutiny by authorities and argue that their religion or ethnicity ought not to make them targets of intelligence. Is New York saying that the Muslim community is off-limits to police investigation? While discrimination is contrary to American values and law, the nature of the threat dictates the social geography of intelligence collection. Religion alone cannot make any community a target of the intelligence inquiries. Neither does it provide immunity from legitimate intelligence generated by leads and law enforcement investigations.

This is true throughout recent history. When the threat of terrorism came from Ku Klux Klan members and other racists responsible for bombing black churches and killing civil rights workers, intelligence efforts focused on white Southerners. When anti-Castro Cubans carried on a bombing campaign in Florida, intelligence efforts focused on the Cuban community. The same was true when authorities were dealing with Puerto Rican, Armenian and Jewish terrorists.

So the purging of this report — the repudiation, if you will — may give the plaintiffs “satisfaction” by symbolically breaking the connection between the current mayoral administration and the NYPD's previous intelligence and investigative efforts. But its significance seems questionable. The NYPD will continue investigations to find radicalized men and women, and the purging of the report will have no bearing whatsoever on research and analysis exploring violent extremism, including within Muslim communities.

Jenkins is the senior adviser to the president of the nonprofit RAND Corporation and from 2003 to 2013 served as an informal advisor to the New York Police Department's Intelligence and Counterterrorism Divisions. Daddario was the NYPD's deputy commissioner for counterterrorism from 2010 to 2013.

This commentary originally appeared on The Hill on January 26, 2016. Commentary gives RAND researchers a platform to convey insights based on their professional expertise and often on their peer-reviewed research and analysis.