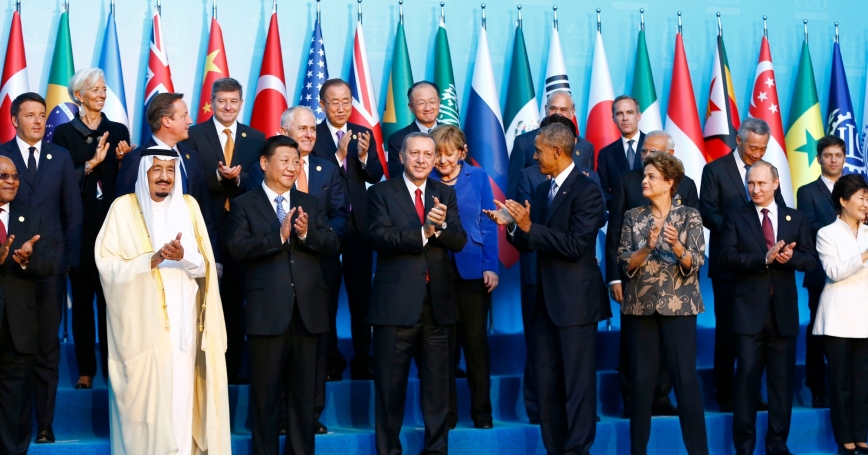 Foreign and security policy will play a significant role in the run-up to the November presidential election. On the whole, Americans are safer today than at almost any time over the past century, and despite recent setbacks, are near the peak of prosperity. But most of them don't feel so.

Today's enemies pale by comparison with Nazi Germany, imperial Japan or the Soviet Union. The American economy has recovered from the Great Recession and is growing faster than that of any other major developed country. But most Americans today don't remember the Cold War, let alone World War II or World War I. They remember that brief period in the 1990s when the United States had no external enemies of any consequence, and when the economy was not just growing, but booming.

Certainly the world has become more complicated since that immediate post-Cold War decade. The number and intensity of conflicts around the globe, which had dropped dramatically in the 1990s, have begun to increase. Democracy, which had made dramatic gains in Europe, Asia, Latin America and even Africa, has yielded some ground. Growth rates are almost everywhere down from late 20th century norms. Income disparities are increasing in a number of countries not because more people are being impoverished but because some are accumulating wealth faster than others.

With the end of the Cold War it seemed that a century of ideological struggle was over, free market democracy having triumphed. But a new ideological challenge has emerged, that of militant Islamism. Western market democracy and even communism accepted that the purpose of government was to represent the interests and advance the well-being of the people. Islamism, rather like some strains of medieval Christianity, holds instead that government exists to implement the will of God. Militant Islamism seeks to achieve this by force.

Although communism took hold in the Soviet Union and China, it was a product of Western thought and could be combated with Western ideas. In the end the West was able to outperform the Communist East in the very domain in which the communists chose to compete, that of material well-being of the masses. Today's ideological competition is in one sense less threatening, since militant Islamism only appeals to Muslims, but it is also a more difficult contest in which to engage, since the respective measures of merit are so different.

Another challenge is how to deal with “frenemies,” states whose cooperation is important and available in some areas, but whose behavior is adversarial in others. China and Russia fall into this category. China's collaboration is essential in dealing with Iran, North Korea, climate change and the global economy, but its behavior also threatens longstanding American allies. Russia is smaller, poorer and weaker than China, and thus less important on global issues, but it also was helpful on Iran and potentially on North Korea, while at the same time being more aggressive than China vis a vis its immediate neighbors and more disruptive in the Middle East.

Dealing with rogue states is a perennial challenge. In the aftermath of 9/11, President George W. Bush enunciated the doctrine of preemption and threatened Iraq, Iran and North Korea with military action to eliminate their nuclear weapons programs. He started with the weakest of these, Iraq. The costs and consequences of that effort effectively removed any thought of repeating the experience with Iran or North Korea. The Iran nuclear deal negotiated last year by the United States and six other states will, assuming it is implemented, put off the proliferation threat from that country for a decade or more. North Korea's nuclear arsenal has continued to grow, however, while its behavior has if anything become even more threatening and erratic.

Free trade will also be an election issue. The Obama administration has concluded a massive new trade liberalization agreement with nearly all of East Asia save China, and Washington is negotiating a comparable deal with Europe. Most economists and probably most politicians agree that these deals, if ratified, will benefit most Americans, but disadvantage some. The magnitude and distribution of benefits will remain a source of debate.

The ongoing electoral campaign offers voters a wide spectrum of responses to these challenges. Differences between the candidates may narrow as the primary process draws to a close and the field is winnowed. It seems quite possible that both the Democratic and Republican contenders will run to the right of President Barack Obama on national security issues. It is clear that the American people are unsatisfied with the results of Obama's policies of caution and retrenchment. It remains to be seen, however, whether Americans are ready to assume the costs and risks associated with higher levels of engagement and commitment abroad.

This commentary originally appeared on U.S. News & World Report on February 4, 2016. Commentary gives RAND researchers a platform to convey insights based on their professional expertise and often on their peer-reviewed research and analysis.