The Next Generation of Leaders in the Gulf 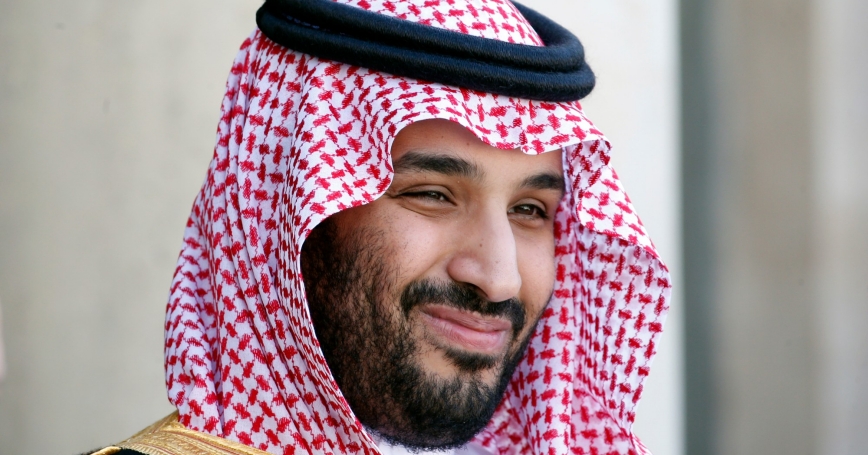 by Becca Wasser and Jeffrey Martini

After years of leadership by octogenarians, the Gulf Arab states are getting younger rulers. On February 10, the ruler of Dubai announced a new Emirati cabinet that includes eight new ministers with an average age of 38. The youngest appointee, appropriately heading the Ministry of Youth Affairs, is just 22. A few weeks earlier, the 35-year-old emir of Qatar, Sheikh Tamim bin Hamad al-Thani, named a fellow member of Generation Y to lead the nation's foreign ministry—Mohammed bin Abdulrahman al-Thani, who is also just 35. The face of Gulf leadership is changing, and it is getting decidedly younger.

Although most regional heads of state are long in the tooth, gone are the days where Gulf leadership is entirely the domain of the aged. Now, it is not uncommon for the Gulf states to name crown princes and key ministers who are in their 40s and 50s And since the age gap between rulers and crown princes is growing—in Bahrain and Saudi Arabia the crown princes are a full twenty years younger than the heads of state—the generational logjam is beginning to clear. This means when the Gulf's remaining senior incumbents pass from the scene, the region could emerge on the other end of the age continuum altogether—exceptional for the youth of its leadership rather than for its advanced age.

Youth (Not) in Revolt

These new ministers include many technocrats that embrace an analytical approach to public policy. The crown princes, all but one of whom is 55 or younger, bring different outlooks to regional and international politics than their predecessors. All lived through the invasion of Kuwait and the 1990-91 Gulf War that followed. Some, including Saudi Arabian Deputy Crown Prince Mohammed bin Salman, spent more time living within the region than their older counterparts, who spent formative years studying abroad. And of the new leaders who sought outside educations, many attended university in the United States, rather than the former rite of passage of studying in Cairo, London, or Paris. But as Western observers try to read the tea leaves of what this trend could mean for Gulf politics, they should be careful not to conflate youth and experience with political reform.

Western observers should be careful not to conflate youth and experience with political reform.

For one, there are the pressures of a hereditary regime. In family power dynamics, young leaders worry just as much about rival successors as they do a restive public. Dynasties create hostile environments for political reform; leaders cannot make structural changes to the political system that would disempower the ruling family without the threat of being expelled from leadership. Salman bin Hamad bin Isa al-Khalifa, the crown prince of Bahrain, discovered this when his attempts to implement reforms after the political unrest in 2011 were met with backlash from hard-line factions within the ruling family. In this region more than others, blood is thicker than water.

It is reasonable to expect young leaders to appoint their contemporaries to key positions, but only after consolidating their power. It took two and a half years at the helm for Tamim to undertake a major overhaul of his cabinet. But when he did, three of his appointees were under the age of 45. Saudi Arabia and the other Gulf monarchies have similar political talent waiting in the wings, and many of the region's brightest stars have already gained experience through diplomatic posts in Washington and elsewhere. For example, the new 53-year-old Saudi Arabian foreign minister, Adel al-Jubeir, spent a decade as Saudi Arabia's ambassador to the United States before taking on the role of Riyadh's chief diplomat, a role he has used to strengthen the relationship between the United States and Saudi Arabia. The current United Arab Emirates ambassador to the United States, 42-year-old Yousef al-Otaiba, works on behalf of the nation's 43-year-old foreign minister, and both seem poised to remain leading figures in the UAE's foreign policy apparatus for years to come given their success in positioning the Emirates as a rising regional power.

There are other reasons not to assume that young leaders will gravitate to democratization. Today's 30-somethings in the Gulf are likely to associate democracy with the bloody 2003 Iraq War or the messy aftermath of the Arab Spring. They have seen fewer examples of democratization going right, unlike preceding generations that watched the fall of the Berlin Wall. A poll conducted in Saudi Arabia during the Arab Spring found that the oldest respondents were most likely to support democracy; the 26-35 group was the least likely. Young royals have come of age at the nadir of regional democratization.

Given the dynastic pressures and recent bad experiences with democratization, few leaders would opt to disturb the balance.

Keeping Up With the Times

The next generation of Gulf leaders will likely embrace an alternative model: good governance. Specifically, they will concentrate on delivering public services effectively, improving their management of public administration, and pursuing economic reforms that ensure the long-term prosperity of the GCC. Both Tamim and the 54-year-old Emirati crown prince, Mohammed bin Zayed, have sought to streamline government bureaucracy by promoting information technology, adopting e-government initiatives, emphasizing innovation, and strengthening their countries' indigenous workforce. The Emirates recently enacted a series of subsidy reforms aimed at strengthening economic stability, a project championed by the crown prince, to relative success. Mohammed bin Salman, the 30-year-old deputy crown prince and defense minister of Saudi Arabia, has promoted similar concepts, as well as adding ambitious plans for greater self-reliance in national security.

The Gulf's youthful leaders are making their mark in the realm of defense, ushering in what appears to be an era of military activism in the region. For example, bin Salman is widely acknowledged as the architect of the Saudi-led campaign in Yemen. But it is Little Sparta, the nickname that the U.S. military gave the UAE, that best exemplifies this trend. The sons of Abu Dhabi Crown Prince Mohammed bin Zayed al-Nahyan and Mohammed bin Rashid al-Maktoum both serve in the UAE military and have participated in the country's military campaign in Yemen. Young Gulf leaders are looking to build their militaries by investing in the development of special operations forces and diversifying security cooperation so as to avoid overreliance on the U.S. as a single guarantor. The Emirates' commitment to its military development is more than a passing fad, as seen in its recent adoption of a conscription system, a step also taken by Sheikh Tamim in Qatar.

Leaders of the New School

Western policymakers must move past the stereotype of Gulf leadership as an assortment of enfeebled gerontocracies. This depiction has always been hyperbolic, and it is even less accurate today. It risks misunderstanding the changing expectations of Gulf partners and underestimating the energy of its new leadership. But in recognizing the generational change under way, the United States should be careful not to default to a new ageist caricature of youthful impetuousness. Analysts of the Gulf have already tagged bin Salman as straight out of central casting for the role, but their judgment is premature, particularly given his few public appearances.

The rise of a new generation of leaders provides an opportunity for a much-needed update to U.S. strategy in the Gulf.

Still, the rise of a new generation of leaders provides an opportunity for a much-needed update to U.S. strategy in the Gulf. For too long, Washington has defaulted to a predictable formula of exchanging arms and military equipment for counterterrorism support. Arms sales provide the backbone of the United States' interaction with the region, but also can give the cynical impression that U.S.-Saudi relations can be measured in guided munitions, or that U.S.-UAE relations can be boiled down to F-16 deliveries.

As the Gulf's young new leaders invest in e-governance, private sector development, and innovation initiatives, Washington will have greater options to collaborate with regional powers. That, in turn, will help Gulf nations build capacity, develop trust, and broaden their relationship with the United States.

The West should talk straight with the region's emerging power brokers. Bin Salman has asked for directness: “What I request is that the thing you actually believe, to say it.” We should grant that request. The solution to Gulf problems is not always more armaments, and it is certainly not a war driven by Saudi-Iranian rivalry. A generational shift in power does not happen often. But when it does, it provides a chance to build more meaningful and beneficial relationships.

This commentary originally appeared on Foreign Affairs on February 14, 2016. Commentary gives RAND researchers a platform to convey insights based on their professional expertise and often on their peer-reviewed research and analysis.