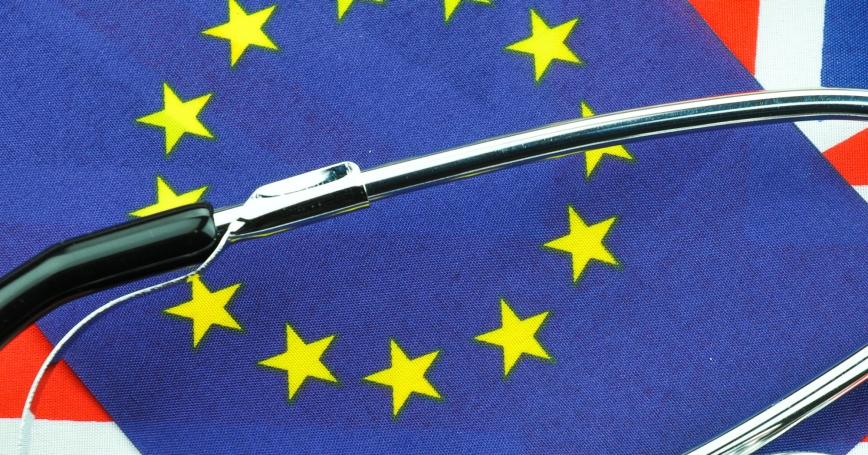 Following the EU referendum, regardless of the outcome, the UK government will have critical policy issues to address in a number of areas. Health research is one of those areas.

The impact of leaving the EU on UK health research would depend greatly upon the terms and conditions of such a major change. But by exploring different scenarios, each with its own set of political and economic assumptions, we can get a picture of the potential impacts, both positive and negative on institutional arrangements, funding, career mobility, access to data and wider strategic value.

A ‘Remain' vote on 23 June would maintain health researchers' access to significant EU funding streams. Between 2007 and 2013, the UK attracted over €570 million in research funding through the health theme of the EU's Seventh Framework Programme, representing 17 per cent (PDF) of the programme's entire budget. Benefits from the funding are sometimes offset against the potential downside that EU funding agenda for health research reflects Europe-wide priorities, which are not always the same as the UK's national priorities. This is likely to remain the case if the UK continues its membership with the EU.

A full exit from the EU would notionally give the UK more autonomy over its laws and economic policy. Under this scenario, the UK could conceivably invest part of the £8.5 billion savings in EU membership fees into research areas that are better aligned to the UK's national interests.

However, health research that relies heavily on EU funding is likely to lose out. This could create huge uncertainties in some areas, such as work on rare diseases or large-scale multi-centre studies for major disease areas like cancer. The loss of research talent in the UK is another threat, as withdrawal from the EU would raise questions over the status of the many researchers from other EU member states who work in the UK. Finally, on a more strategic level, the UK would have no influence over the direction of European research and innovation policy, but would still have to adhere to certain EU rules and regulations, like other non-EU countries such as Norway and Switzerland.

On the face of it, negotiated access—with the UK not being a member of EU, but having some access to EU privileges—might seem a win-win situation. The UK would retain EU funding, regain some autonomy and be able to invest the money saved on EU membership into preferred areas of health research.

This scenario, however, is dependent on favourable negotiations with the EU. The UK might well find difficulty in establishing a relationship that maintains freedoms from EU policy but allows access to privileges such as funding, free movement of research talent and access to European health data. Even if the UK were to retain EU funding, it is unlikely that health research would be funded at current levels, with large-scale trials and certain areas of clinical expertise, such as the aforementioned rare diseases, likely to be affected.

Based on the different scenarios, what we can say is that a Brexit would create a number of urgent policy considerations for the UK government. First and foremost, will be whether the UK can still access EU research funding, and if so, how much. Second, the UK will require some form of access to the EU single market if it is to continue to recruit the very best health researchers. Finally, it would be vital that the UK maintain access to European health data both for health research activities and national security.

Overall, the lack of a precedent for a country like the UK withdrawing from the EU makes it difficult to predict how Brexit would be managed and what the impact would be on health research. The three most likely scenarios represent a number of positive and negative points that could arise based on what happens on 23 June, but the extent and likeliness of them coming to fruition remain unclear, with the uncertainties appearing to be greater if the UK leaves the EU.

This commentary originally appeared in Research Fortnight on May 20, 2016. Commentary gives RAND researchers a platform to convey insights based on their professional expertise and often on their peer-reviewed research and analysis.