Out of Line: How to Better Protect Airports from Terrorist Attacks 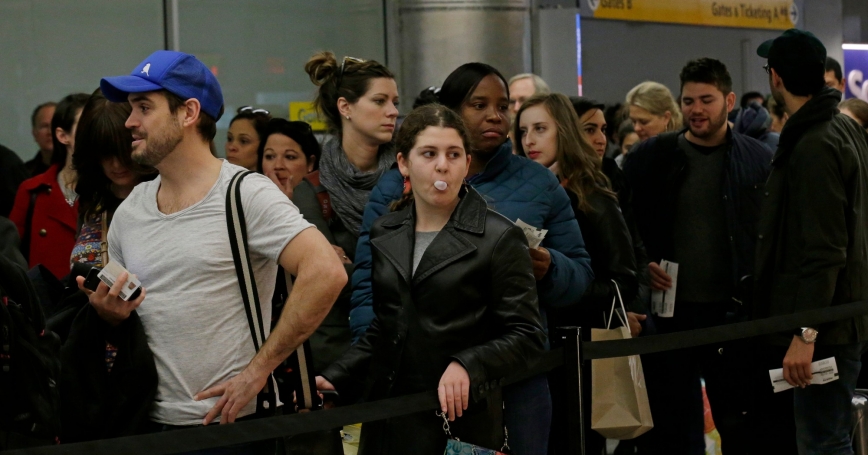 by Henry H. Willis and Michael A. Brown

The March 22 bombing of Brussels Airport was another reminder that the threat to aviation has not waned. Public areas where there are large quantities of unchecked luggage around lots of people have proven to be vulnerable targets of terrorism. When many people gather, or stand in line, they become an attractive target for a terrorist attack. Airports as a result have repeatedly fallen within the sights of terrorists targeting.

In a 2004 study, RAND presented near-term options for improving security at Los Angeles International Airport based upon one fact that consistently emerged from the analysis: it is not the size of the bomb that matters most; it is where it is detonated. All of the most dangerous terrorist attacks involve placement of a bomb in close proximity to a vulnerable crowd of people. The authors proposed two valid ways to reduce this vulnerability: Move the possible bomb detonation away from the people or move the people away from the possible bomb detonation. The study also identified an easy way to make people a less attractive target — improve ticketing and security operations so that crowds of people aren't waiting in line.

This is not easy to assess. Annual passenger enplanements change (PDF) regularly against a constant TSA screening workforce. And GAO has reported that policy for collecting wait time data has changed (PDF), and collection measures are not consistent across airports. Nonetheless, TSA and air carriers have made efforts to address longer lines. Air carriers have installed self-service kiosks to enable passengers to print their boarding passes, tag their checked bags and collect baggage claim receipts — before requiring contact with an individual. The TSA Pre-Check system has provided a means to expedite passenger throughput at more than 160 domestic airports.

The threat of terrorism at airports is persistent and ever-evolving. Bombers have continued to identify different targets of opportunity within the airport environment as seen most recently in Brussels, but also in Karachi, Beijing, Moscow and Madrid over the past decade. Thus, security measures must also adapt in step to protect the aviation system and reduce the likelihood of a high-consequence event.

For example, two emerging technologies — smart vehicles and smart infrastructure — may offer innovative solutions to introduce some useful unpredictability that would improve security by moving high volumes of people and traffic out of line.

A common challenge at the airport has long been knowing when and where to pick up an arriving passenger. Ride-sharing services like Uber, Lyft, Juno and Chariot for Women offer platforms that bridge contact between smart vehicles and smart travelers prior to a curbside introduction. These new applications can take pressure off the transaction by mapping a real-time touchpoint that offer possibilities to eliminate queues and wait times.

Innovative infrastructure, communications and vehicle technologies have also offered opportunities to smooth the flow of vehicles, which could be improved at many airports. Vehicle congestion is a frequent problem due to the numerous commercial shuttle buses that circle airport grounds and seek airport employees, long-term parking patrons, as well as hotel and rental car customers. Navigation applications like Waze may be able to offer drivers efficiency and and greater security by informing them of crowded traffic lanes to avoid, wait times and consumer demand, in real-time. Smart infrastructure can detect when congestion is occurring. Connected vehicles can use this information to help reroute traffic around congested areas or streamline the flow through congestion. In the future, these innovations may lessen the hassle of getting to and leaving airports.

Each of these technologies can be used to help reduce consequences by ensuring there is less standing around at the airport. A moving target is hard to hit — and such action presents the opportunity to improve aviation security, and move people out of traditional lines and away from a possible detonation location.

In the continued cat-and-mouse game of terrorism security, officials are challenged to stay one step ahead of terrorists. Fortunately, new technologies may present opportunities to get travelers out of line at airports and keep them safe.

Henry Willis is director of the Homeland Security and Defense Center at the nonprofit, nonpartisan RAND Corporation and a professor at the Pardee RAND Graduate School. He is the author of dozens of publications, book chapters and op-ed pieces and has testified before Congress as an expert on applying risk analysis to homeland security policy. Michael A. Brown is the Department of Homeland Security Fellow at RAND. He has master's degrees in security studies from the Center for Homeland Defense and Security at the Naval Postgraduate School and in public administration from Rutgers University-Newark.

This commentary originally appeared on U.S. News & World Report on May 2, 2016. Commentary gives RAND researchers a platform to convey insights based on their professional expertise and often on their peer-reviewed research and analysis.