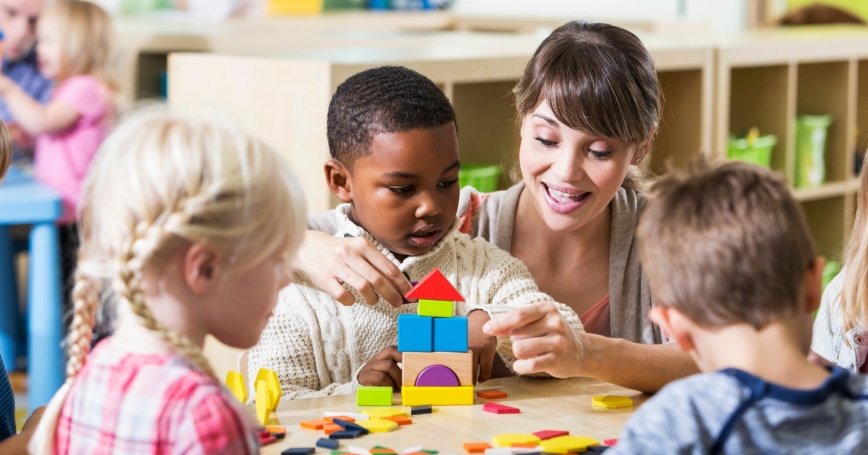 Research shows that young learners can understand relatively advanced concepts in what educators call STEM — science, technology, engineering and mathematics — and enjoy learning experiences that explore such subjects. In ways that have yet to be fully understood, early development of STEM skills seems to support learning later in life, in STEM and other areas such as developing reading and language skills.

But an effective teaching system needs to be developed before STEM learning can be fully integrated into early childhood education, which relates to teaching young learners up to the age of about 8.

As with almost any new initiative, one major challenge is a conceptual one: to understand the ways young children learn about STEM. How do they absorb STEM concepts? How do their differences — social and economic — affect learning? Does the understanding of STEM occur in a way that is similar to how a child understands basic literacy and numeracy concepts, which we know much about and can learn from? Or are there new avenues that should be pursued?

These are some of the key questions the National Science Foundation, one of the core sponsors of research in U.S. education, is considering as it grapples with how to support the research necessary to make STEM a fundamental part of early childhood education.

Equipping providers of early childhood education — such as schools, families, museums, libraries — with the capacity to provide STEM teaching raises technical and social questions that will require considerable research. The technical aspects relate to building up provider capacity through the right tools and training. For example, could a programming tool such as the Scratch programming language that employs graphics to write code be used to teach mathematical concepts? How should the STEM curriculum be integrated into overall early childhood education as well as linked to the wider K-12 curriculum?

At present, it seems that inadequate attention is being paid to the teaching of STEM in early childhood education. Less than 5 percent of time in formal early childhood education settings is devoted to STEM learning, according to research presented at a recent conference on fostering STEM trajectories organized by the Joan Ganz Cooney Center and the New America research institute.

This may partly be due to early childcare education providers being inadequately prepared for STEM teaching. Research shows that few of these teachers have taken the full complement of STEM courses in life sciences, natural sciences and mathematics as part of their formal education and may need formal training in these fields as part of their professional development.

But the limited attention to STEM subjects may also be due to a consensus among providers and parents that other priorities should come first in early childhood education, particularly the development of the so-called basic skills, literacy and numeracy.

Mastery of basic skills at a young age appears to be particularly important for parents who are first-generation immigrants from non-native English speaking countries — and these children of immigrants comprise a growing share of America's young population. Along with those who identify themselves as minorities, more than 50 percent of the 20 million children under 5 years old living in the United States as of 2014 were members of a minority group, according to the Census Bureau.

The children of immigrant families may face special challenges acquiring STEM skills. Many such families have relatively low incomes and often experience high levels of stress and other mental health issues, according to research presented at the conference. Stress affects parents' capacities as providers of early childhood education as well as the learning capacity of their children.

Considerable research and observation is needed to figure out the science of STEM learning in early childhood education settings. Only then will educators be properly prepared to develop a curriculum that the science suggests will be effective.

Rafiq Dossani is a senior economist at the RAND Corporation, director of the RAND Center for Asia Pacific Policy and a professor at the Pardee RAND Graduate School.

This commentary originally appeared on U.S. News & World Report on June 15, 2016. Commentary gives RAND researchers a platform to convey insights based on their professional expertise and often on their peer-reviewed research and analysis.