September 11: The Day That Changed My Country (and My Career Path) Forever 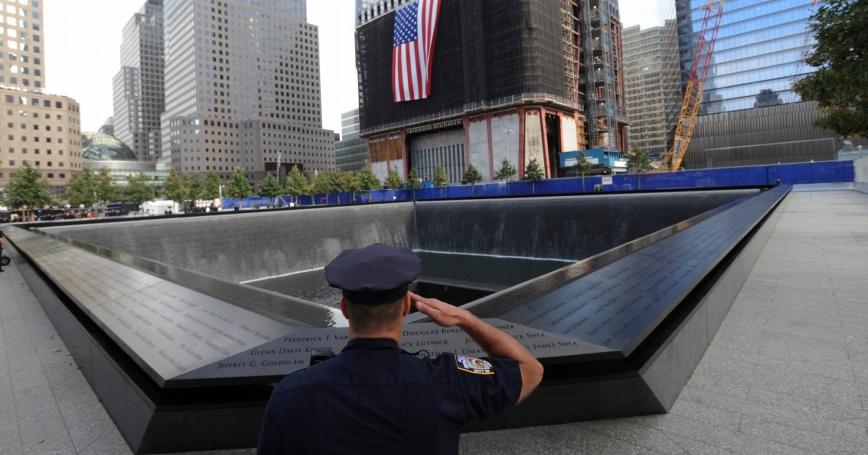 Fifteen years after the worst terrorist attack in American history, the United States is safer than it was on the day destined to be forever known as 9/11. Yet the threat to the homeland is persistent, ubiquitous and far different than it was before fear of terrorism became part of our national psyche.

The Sept. 11, 2001 attacks woke Americans up to the realization that we are not immune from the horror of terrorism that afflicts so many other countries.

Every terrorist attack on American soil is devastating, even if relatively few have resulted in double-digit casualties (Fort Hood, San Bernardino and Orlando) and none have come close to replicating 9/11. The Boston Marathon bombing shook the national conscience. All the attacks were excruciating reminders of the omnipresent threat of terrorism on U.S. soil.

Many plots have been stopped before they could reach maturation due to the diligent work of the NYPD and other agencies, the FBI and the intelligence community, all of whom have been given the resources to deal with the threat.

Credit should also be given to everyday U.S. citizens, who are more cognizant of the threat posed by terrorism and more inclined to alert authorities if something seems out of place. That might be a byproduct of a Homeland Security campaign “If You See Something, Say Something,” launched in July 2010.

But it also might be an unintended consequence of the horrific event that was 9/11; the attack served to bring the nation together. As the country coped with the aftermath, the best of American values were on display, including respect for the dignity and rights of others and love of country. Congress came together and passed a $40 billion emergency appropriation.

On September 11, 2001, I was a college senior studying in Ireland, headed for a media sales job in Manhattan. Then 9/11 changed the direction of my life.

Growing up on Long Island, I'd imagined careers in finance and law. “Terrorism expert” wasn't on the list.

Growing up on Long Island, I'd imagined careers in finance and law but “terrorism expert” wasn't on the list. After the attacks I was soon trying to figure out how I could finagle my way into a line of work that quickly became a personal obsession—the study of terrorism.

I had never heard of al Qaeda or Salafist jihadism. I didn't know the difference between a Sunni and a Shiite. While I could barely locate Afghanistan on a map, I knew that many of my friends and family members in the armed forces would soon be deploying overseas.

My ignorance became my motivation, and my anger and frustration propelled me to seek knowledge. Within days, I decided to learn about and study the ideology, tactics and motivations of the group that had attacked America. I wanted to help figure out what the United States could do to mitigate this threat.

Although my life's calling grew out of one of the saddest days in U.S. history, I now provide meaningful analysis on one of the world's most intractable problems.

The threat from terrorism is not static, so there is a dire need to keep addressing the problem from different angles to help policymakers reach effective solutions for a range of difficult issues.

I can be a font of hope, and doom, often in the same sentence.

At dinner parties, I am invariably a reluctant conversationalist when the question is, “What do you do?”—which is often followed by requests for my professional analysis of the state of terrorism today.

I know, too well, that 15 years after the attack that changed the nation forever, terrorists still scheme to harm the United States in the name of a deranged ideology. These terrorists are adaptive, resilient and widespread.

The terrorist group responsible for the 9/11 attacks, al Qaeda, is still active, despite experiencing setbacks.

Its offshoots, scattered around the globe from North Africa to the Arabian Peninsula, remain lethal. And its progeny, ISIS, is one of the most dangerous groups in the global jihadist movement.

The virulent ideology that motivates jihadists is responsible for radicalizing American citizens who went on to commit acts of mass murder in such places as San Bernardino and Orlando.

Countless other plots have been stopped before they could be carried out. New York City, in particular, remains a constant target for terrorists and violent extremists alike. There have been 20 known terrorist plots against New York City alone since 9/11.

Yet here's the part that few want to hear when I start sharing counterterrorism details: The threat from terrorism is not going to go away in the foreseeable future. The U.S. counterterrorism community, along with the American public, needs to remain steadfast in the face of this enduring threat.

What does that mean for day-to-day life? In short, it means doing a lot of what we, as Americans, have already been doing.

Analysis of the threat should continue to be based on data, empirical evidence and robust intelligence, not xenophobia or fear-mongering.

Analysis should be based on data, empirical evidence and robust intelligence, not xenophobia or fear-mongering.

The lure of election-year demagoguery has proven to be a powerful elixir, but singling out a specific group based on ethnicity or religion will not make Americans safer.

Although the global jihadist movement is protean, destroying known hubs and logistical networks can help keep the threat localized in many cases, relegating militants to failed states and ungoverned regions and making it more difficult for them to plan attacks.

Reaction to what turned out to be false alarms regarding active shooters at New York and Los Angeles airports show that the fear of terrorism is still palpable—and understandably so.

America's citizens need to keep the threat from global terrorism in perspective without being dismissive about the very real potential danger.

My sincerest hope is that those responsible for protecting the nation will reduce the need for terrorism analysis and put me out of a job within the next 15 years.

Colin P. Clarke is an associate political scientist at the nonprofit, nonpartisan RAND Corporation and the author of “Terrorism, Inc.: The Financing of Terrorism, Insurgency and Irregular Warfare.”

This commentary originally appeared on Fox News Channel on September 10, 2016. Commentary gives RAND researchers a platform to convey insights based on their professional expertise and often on their peer-reviewed research and analysis.