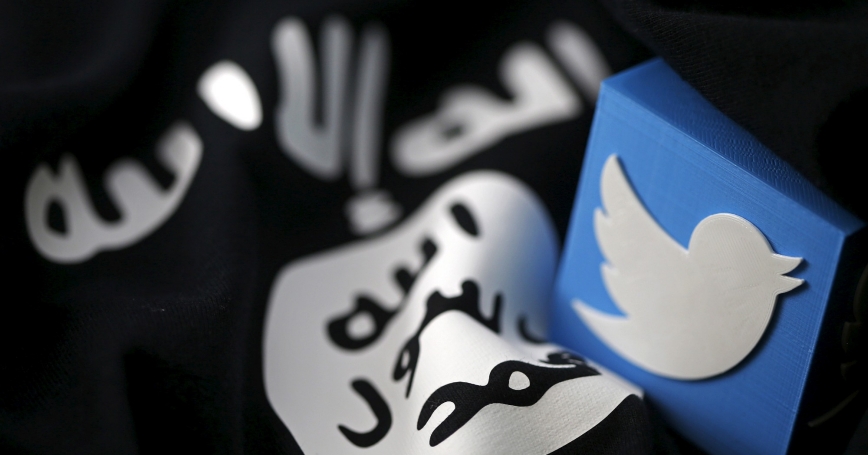 The Islamic State in Iraq and Syria (ISIL) has made headlines with its dramatic and effective exploitation of social media. The organization has drawn on a variety of social networking applications to promote its cause, including Facebook, Instagram, Tumbler, Ask.fm, and, most prominently, Twitter.

ISIL has used Twitter to disseminate slick yet violence-ridden propaganda videos, promote its religious ideology and state-building efforts, and make one-on-one connections with prospective recruits. Its social media prowess has quite possibly played a part in ISIL's enormous success in recruitment and in inspiring deadly attacks throughout the world. These successes have led to the perception that ISIL is "winning the war" on Twitter. However, the reality is a little more complicated.

While Twitter serves up ISIL propaganda and helps the group achieve its goals, it also gives the broader public a unique window into the social networks of extremist supporters and allows researchers to study the impact of extremist messaging. In addition to exposing ISIL supporters, Twitter provides an opportunity to assess the structure and messaging of ISIL opponents, since it is home not only to ISIL recruiters and advocates but also to many in the Middle East who do not support the Islamic State. ISIL supporters talk up themes of defending Islam, recruiting new fighters, promoting state-building efforts, and critiquing the West, while ISIL opponents fight back by accusing ISIL of subverting Islam, highlighting ISIL violence, and trumpeting its terrorist threat.

Countering ISIL in the real world also requires countering its messaging online. However, it has been widely acknowledged that overt U.S. messaging against ISIL will likely fall flat. The United States is not trusted in the region and is poorly positioned to directly address theological or other factors that motivate young recruits.

Because of this, it is critical that the United States and its international partners work with influential communities in the region that can more effectively and credibly counter the ISIL narrative. A successful counter-ISIL messaging campaign requires understanding of the unique audience segments that constitute both the ISIL supporter and ISIL opposition networks, as well as the key themes that motivate them.

The RAND Corporation's recent report, “Examining ISIS Support and Opposition Networks on Twitter,” analyzed 10 months of Twitter data between July 2014 and May 2015. Using this data, we determined that, contrary to public perception, ISIL is not dominating the Twitter conversation. Counting pro-and anti-ISIL user accounts, ISIL opponents generally outnumber supporters six to one. Anti-ISIL content outnumbers pro-ISIL content four to one. However, per user, supporters produce 50 percent more tweets, 60 per day on average, compared to opponents' 40 per day. More importantly, supporters employ a sophisticated social media strategy to push a cohesive and alluring message.

So what do these findings imply for a counter-messaging strategy? Most importantly, such a strategy needs to take into account the different issues and concerns of the various communities opposing ISIL and tailor messaging accordingly. ISIL opponents are plentiful but may require assistance from the U.S. State Department—in the form of social media training and other engagements such as security education and providing unique content—to enhance the effectiveness and reach of their messaging.

It is crucial that opposition to ISIL come from credible voices within each community—a “one size fits all” message from an outsider will not be effective. The findings in this report will be helpful in determining the various themes to emphasize for each community, in partnership with non-governmental organizations, community leaders, and others interested in countering ISIL online and in the real world.

Elizabeth Bodine-Baron is an engineer and co-director of the RAND Center for Applied Network Analysis and System Science at the nonprofit, nonpartisan RAND Corporation.

This commentary originally appeared on Pacific Council on International Policy on October 10, 2016. Commentary gives RAND researchers a platform to convey insights based on their professional expertise and often on their peer-reviewed research and analysis.