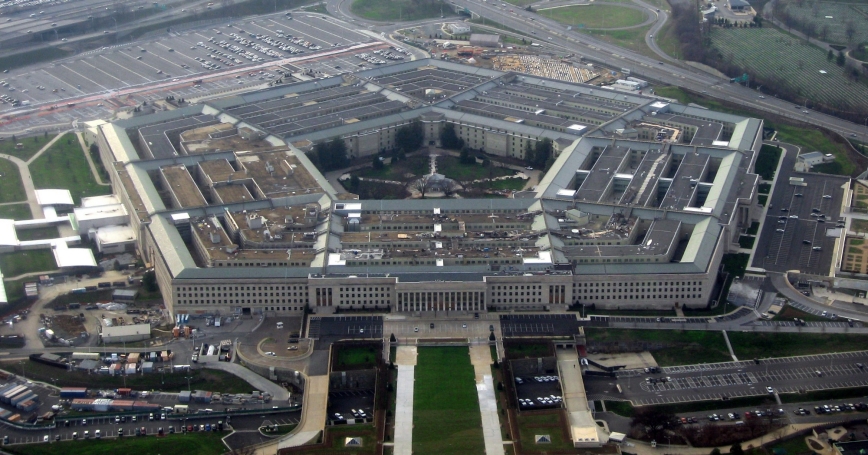 Top leaders in the U.S. Department of Defense are drawing significant attention to the technological, organizational, and operational developments that they anticipate will constitute the proposed “Third Offset.” This Third Offset derives its name as the third major effort in the last 70 years to achieve persistent U.S. qualitative superiority as the means to offset the limited scale of U.S. forces with respect to global responsibilities. To succeed, the third offset should draw on elements of grand strategy, acquisitions and technological advancement.

The First Offset expanded U.S. nuclear capabilities in the early years of the Cold War to counter Soviet numerical superiority in Western Europe. The Second Offset was the development and maturation of U.S. precision strike capabilities.

Powerfully demonstrated in the 1991 Gulf War, the technological and tactical innovations of the Second Offset provided a conventional arms solution to numerical adversary advantages. It illustrated the U.S. counter to the Soviet numerical overmatch until that time, and enabled more effective global power projection in proxy conflicts. Other countries eventually caught up with both offsets and eroded their military advantages. In this context future offsets aim to create another significant, qualitative advantage in U.S. military forces over those potential competitors.

There is a sense of urgency that the United States stay ahead of multiple “fast followers” who will quickly copy new concepts, and the sense that in order to do so the U.S. military must meaningfully incorporate ongoing rapid advances in the commercial sector.

What forces could drive U.S. efforts at another offset? There are three complementary strands. The first stems from U.S. grand strategy. The second emerges from organizational management approaches to adapt the U.S. defense acquisition system. The third comes from the technological changes that currently are being witnessed worldwide, and from the larger phenomena of military revolutions. Missing any of these perspectives could lead to an incomplete understanding of the drivers of offsets, risking operationally irrelevant, or unusable, or less than state of the art concepts.

In reviewing U.S. grand strategy since 9/11, Barry Posen of MIT identifies a consensus grand strategy that emphasizes U.S. military domination over all other powers in order to defend and extend Western and U.S. values. These values include democracy, free markets, free press, individual rights, and the rule of law. Under this paradigm, U.S. leaders note the rise of non-democratic competitors such as Russia and China, and look for ways to maintain U.S. primacy and power project abilities.

The second aspect of future offsets can be understood through the lens of organizational management. As an acquisition strategy, offsets are change-management approaches where the department leadership provides directions to an enormous and complicated bureaucratic organization. The goal is to get major defense acquisition processes to incorporate cutting-edge technology from outside the defense world and to approach development risk in a different way—all in a challenging budget environment. This current attempt at an offset emphasizes the need for agility, novel thought, combinations of continuous improvements, and greater flexibility in integrating new systems and concepts in innovative ways. A vital component of making acquisitions more responsive is the ability to engage companies with emerging and commercial capabilities that are currently outside the defense industrial orbit. Because the new technologies that may be elements of the offset may proliferate quickly, allowing other militaries to copy the leaders, implementation should take place quickly.

The third way to view the discussions of offsets is through a paradigm of military revolutions. In military revolutions, the rapid advance and adoption of key technologies can result in military advantage when combined with the right operational and organizational changes. The swept wing and the jet engine are examples of such technologies. Others largely stem from social and organizational changes, such as the rise of mass armies following the French Revolution. Blitzkrieg was a case where the Germans used technology that was available to others in an entirely new operational way, with significant advantages on the battlefield. In many cases military revolutions are emergent and not even recognized as such by the nations implementing them. For example, the “reconnaissance-strike complex” that constituted the U.S. Second Offset was first observed and written about by the Soviets.

Currently, there are many technologies discussed as key components of the Third Offset. Although the final form of future offsets remains unclear, there are several areas where rapid advances in the commercial sector have inspired the imagination of those looking towards the future of warfare. These areas include artificial intelligence, robotics, advanced materials and fabrication, sensing and processing, and possibly biology. The combination of advances in machine learning, particularly the area of deep learning, and advances in robotics means that military operations with semi-autonomous and fully autonomous machines are now being contemplated. For these to become operational reality, a whole set of developments in human-machine collaboration and interaction needs to come to fruition. The expanding information revolution, and remarkable advances in materials and fabrication, have potential implications for military logistics and other areas that have not yet been thought through. There also have been huge advances in biology, in everything from manipulating microorganisms, to enhancing human performance, to engineering concepts inspired by biology.

What eventually emerges, and the actors who will be the primary beneficiaries, are not yet clear. Trying to create overmatch but only focusing on grand strategy runs the risk of continuing to emphasize the same capabilities that currently provide military preeminence. These capabilities eventually become lagging concepts as others develop. Focusing only on improving acquisitions to create qualitative advantages does not by itself create focus and priorities. Lastly, focusing only on new technology can lead to irrelevant advances without grand strategy and to insufficient adoption and integration into the military without acquisition considerations. Grand strategy, acquisitions, and technological considerations may shape the debate about the future of the U.S. military for some time to come. Only where all three elements align are future offsets likely to succeed.

Yuna Huh Wong is a policy researcher at the nonprofit, nonpartisan RAND Corporation.

This commentary originally appeared on The Hill on December 20, 2016. Commentary gives RAND researchers a platform to convey insights based on their professional expertise and often on their peer-reviewed research and analysis.