Our NATO Partners Should Engage Trump in Brussels 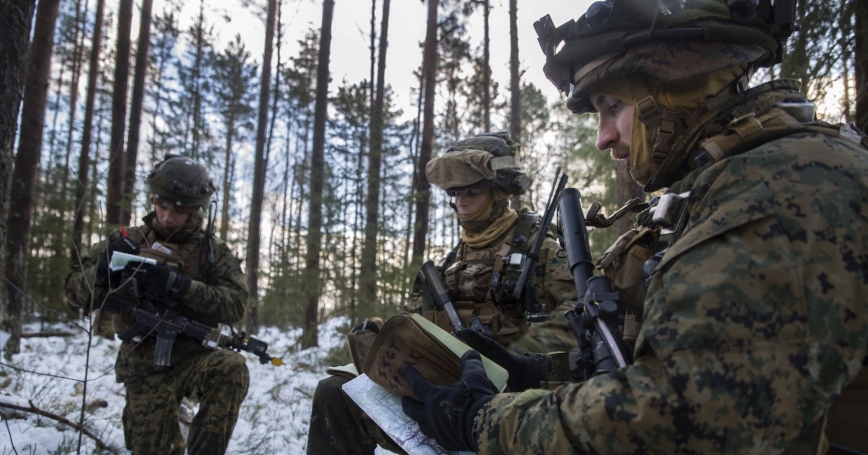 U.S. Marines were among 4,000 soldiers from 11 NATO countries who participated in Exercise Iron Sword 16 in Lithuania

President Donald Trump's decision to attend a NATO meeting in Brussels in late May provides an opportunity for the alliance to reconstitute the trans-Atlantic security bargain in light of Trump's earlier pronouncements that the alliance is obsolete. Secretary of Defense Jim Mattis's recent warning to Europe that it must start increasing defense spending by the end of this year adds urgency to finding this new bargain.

Trump will be looking for a symbolic victory at this summit rather than a confrontation with 27 other national leaders. So Europe needs to create a positive outcome for Trump in advance.

Europe can deliver its portion of this bargain in three ways. First, it needs to demonstrate the value of its existing military contribution to the alliance. A Trump visit to the new British aircraft carrier, to be armed with American F-35s, would help to dramatize existing contributions.

Second, Europe needs a bold initiative on burden sharing. This is not an issue for Trump alone; a broad consensus exists among defense thinkers on both sides of the Atlantic that Europe has been a free rider for too long. Trump has just been bold enough to raise the stakes.

Europe should commit to reaching its agreed goal of spending 2 percent of its gross domestic product on defense in five years rather than 10. That would give Trump some bragging rights during his term in office.

Remember the value that Trump placed on his successful effort to prevent Carrier from moving a small air-conditioning plant to Mexico? Symbolism will be important here.

And third, NATO as an institution could play a larger role in global operations against militants' attacks. This initiative would address much of the reason Trump called the alliance “obsolete.”

The current Defense Department review of ways to accelerate the war against the Islamic State militant group provides a perfect opportunity. NATO nations contribute significantly to the U.S.-led anti-ISIS coalition, but the alliance itself has been left out. It provides some AWACS reconnaissance by the Boeing E-3 Sentry, but it is not a member of the coalition. That should change.

Once the United States sees that its European allies are serious, it could take two steps to strengthen its part of this new trans-Atlantic bargain. It can visibly underline its commitment to Europe.

The best way to do this would be to deploy a fourth U.S. Army brigade combat team to Europe. That would reset U.S. forces in Europe at about where they were when President Barack Obama came into office. Existing forward-deployed units and missile defense plans should also be kept in place.

Trump's vision of improved relations with Russia can be constructive, but only if it is done without severing the alliance.

And second, Trump could assure the European allies that he will consult with them in detail before negotiating any major deals with Russia. Trump's vision of improved relations with Russia can be constructive, but only if it is done without severing the alliance.

This trans-Atlantic bargain could be formalized in a new NATO strategic concept. The old concept, which guides most allied activities, was produced in 2010, when the world looked quite different. Trump could embrace this new concept and thus solidify the alliance.

Nations will want to speak out if Trump issues proclamations that clash with their fundamental values—for example, on torture and admission bans. And so they should.

But America's allies can also help to shape Trump's overall security policy. They will need to engage with his administration to exercise that vote.

Jaap de Hoop Scheffer served previously as NATO's secretary-general and as foreign minister of the Netherlands. Hans Binnendijk is an adjunct political scientist at the RAND Corporation and served as special assistant to the U.S. president for defense policy.

This commentary originally appeared on Newsweek on February 25, 2017. Commentary gives RAND researchers a platform to convey insights based on their professional expertise and often on their peer-reviewed research and analysis.