The Ukraine Crisis: Why Everyone Loses 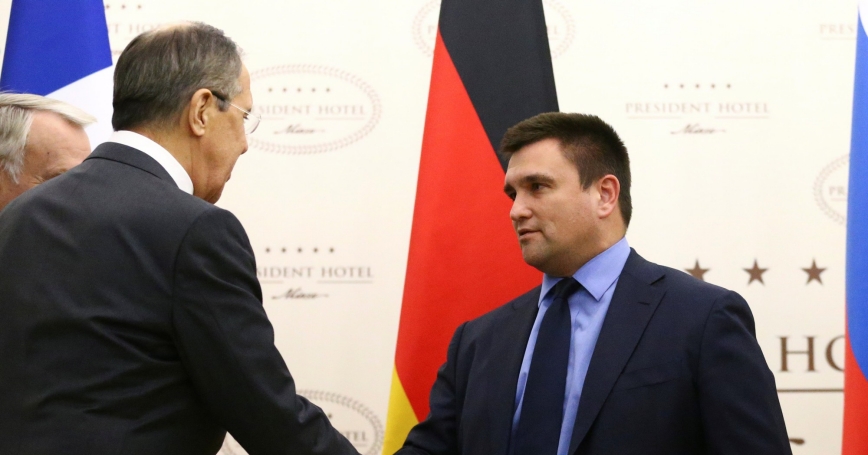 Three years since its eruption, the Ukraine crisis has left more than 10,000 people dead and continues to drain the resources of all countries involved. As we argue in our new book, Everyone Loses: The Ukraine Crisis and the Ruinous Contest for Post-Soviet Eurasia, this conflict has left every major actor involved worse off than it was before, and a resolution seems as elusive as ever. It doesn't have to be that way. An inclusive dialogue on the regional order could be the first step toward defusing the conflict. Without such a dialogue and, ultimately, a regional order that all parties can accept, efforts to implement the existing narrow “Minsk” agreement are likely doomed to fail.

The central narrative of the book concerns how we got to where we are. Specifically, we argue that today's negative-sum outcome is a product of adversarial policies pursued by Russia, the U.S. and the EU. (In game theory, negative-sum scenarios are ones where all players end up worse off, rather than merely a zero-sum game, where one player gains while others lose.) These policies developed fitfully in the first decade and a half after the Cold War but intensified thereafter. By the mid-2000s, Russia and the West pursued policies toward the states of post-Soviet Eurasia that aimed to extract gains at the other side's expense, without regard for overlapping or shared interests.

Neither side—Russia or the West—has invested serious effort in the task of outlining or even contemplating a cooperative regional order that all parties could accept. The result has been not only a deepening east-west divide, but also political dysfunction within the region's states, where elites milk the wider contestation to suit their own narrow, often pecuniary, interests.

In order to mitigate the regional contest that produced this crisis, it is necessary to revive the debate over the future of post-Soviet Eurasia and to move past summations of the problem, and of the misbehavior of this or that side, and to develop innovative, realistic proposals for moving past the negative-sum game. The sine qua non for a reassessment is an acknowledgment that both Russian and Western policy toward post-Soviet Eurasia has reached a dead end. It is not tenable for the West to insist on the right of all countries to make their own choices when it comes to joining Western clubs while at the same time being unable or unwilling to grant them those choices or to be accountable for the consequences of choosing. The Kremlin's idée fixe that Russia needs to be the leader of a pack of post-Soviet states in order to be taken seriously as a global powerbroker is more a feel-good mantra than a fact-based strategy, and it irks even the closest of allies.

Breaking the taboo on open-ended, precondition-free dialogue on the regional order is the essential first step if the ruinous competition is to be mitigated and the Russia-West confrontation that has reached such dangerous levels in recent years brought to an end. Holding talks in the current atmosphere of mistrust and mutual recrimination will require a significant investment of political capital. And the process of moving beyond current adversarial approaches to the region and finding common ground will take time. It will not be a quick and easy deal. Once such talks begin—and they should involve all interested parties—they could consider new institutional arrangements for the “in-between” countries that would serve as a bridge between the Euro-Atlantic institutions and their Russia-led counterparts.

While conducting negotiations in the current political environment will be extremely difficult, history suggests it need not be impossible. The Helsinki Final Act of 1975, perhaps an even more ambitious undertaking, was hammered out at the height of Cold War tensions. A necessary first step is for the West to test the proposition that Russia would respond positively to an offer of talks. Just as those who rule Russia are convinced that the West will forever push to extend its reach right up to Russia's borders, and even inside them, many Western policymakers are equally convinced that Russia is a predator state, absolutely committed to domination of its neighbors and destabilization of its rivals. Sadly, neither of these threat perceptions is completely baseless. Those who hold them can rightly point to numerous reasons why the talks we propose might fail. But the dire consequences of a lengthy confrontation more than justify at least an attempt to find agreement.

This article is adapted from the authors' recently released book, "Everyone Loses: The Ukraine Crisis and the Ruinous Contest for Post-Soviet Eurasia" (Routledge/IISS, 2017).

Samuel Charap is a senior political scientist at the nonprofit, nonpartisan RAND Corporation. Timothy J. Colton is a professor of government and Russian studies at Harvard University.

This commentary originally appeared on Russia Matters on April 18, 2017. Commentary gives RAND researchers a platform to convey insights based on their professional expertise and often on their peer-reviewed research and analysis.