U.N. Peacekeeping Is a Good Deal for the U.S. 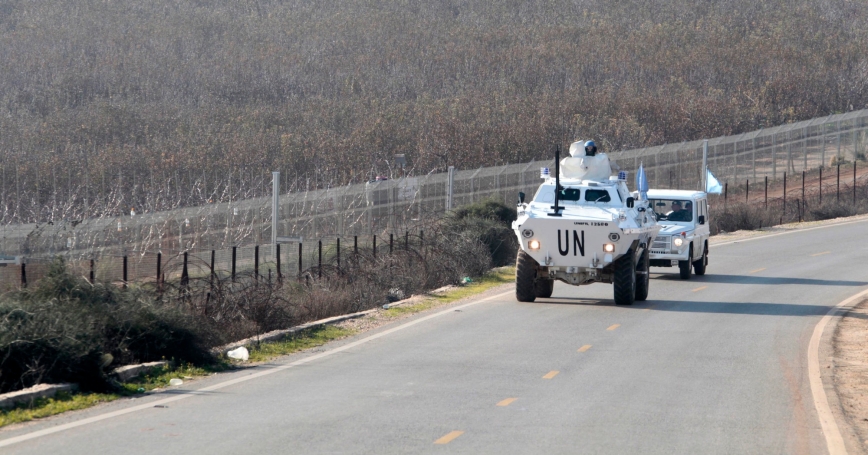 In theory, this sounds like a good idea: Why should the United States spend taxpayer dollars on foreign peacekeepers when it could be using the money to increase the capabilities of its own military?

U.N. peacekeepers are an incredibly good deal when compared to U.S. forces.

But what about the cost to the United States? It turns out that U.N. peacekeepers are an incredibly good deal when compared to U.S. forces. Let's take a historical example. In 2004, a coup in Haiti created a potential refugee crisis as Haitians attempted to flee the violence in boats bound for U.S. shores. The George W. Bush administration decided to deploy U.S. military forces to Haiti to stop the violence and prevent a potential influx of refugees. After the initial intervention, Haiti was far from stable. In order to maintain stability, a long-term military presence was needed. The United States didn't want to keep forces in Haiti and was able to convince the other members of the U.N. Security Council to authorize a peacekeeping mission.

The Government Accountability Office put together a report comparing the actual costs of the U.N. peacekeeping mission in Haiti to a hypothetical U.S. force (over a 14 month time period). The GAO determined that if U.S. forces stayed in Haiti, it would have cost the United States $876 million. The cost to the United States of the actual U.N. peacekeeping mission in Haiti was $116 million.

In other words, the deployment of U.N. peacekeeping forces saved the United States approximately $760 million in just over a year.

It's possible that there are U.N. missions that simply aren't in U.S. national security interests. In these instances, it wouldn't matter whether U.N. or U.S. forces were more cost-effective. U.S. Ambassador to the U.N. Nikki Haley is currently conducting an assessment of peacekeeping missions. This is a wise step for any new administration, but the goal should be to provide the most security for Americans at the lowest cost, not just to save money.

The goal should be to provide the most security at the lowest cost, not just to save money.

The U.N. has over 90,000 uniformed personnel deployed to 16 operations around the world. That is more than any other country or international organization. The United States could have prevented or ended any one of these missions by using its veto, but it didn't. In fact, the George W. Bush administration voted for more new U.N. peacekeeping missions than the Obama administration. Moreover, it was the Defense Department, not the State Department, which pushed for new funding for U.N. peacekeeping training under the George W. Bush administration.

The Trump administration may or may not agree with how previous Republican and Democratic administrations interpreted U.S. national security interests. Three U.N. missions are expected to close down this year, which will lead to cost savings, but other ongoing U.N. missions appear to remain as necessary as ever. For example, the Trump administration has emphasized the threat of terrorism. The U.N. peacekeeping mission in Mali is on the front lines in the fight against al-Qaida in the Islamic Maghreb and other militant groups. Over a hundred U.N. peacekeepers have died since the mission was established in 2013. It's worth careful consideration as to whether or not major funding cuts might now be in order.

Heather Peterson is an associate policy analyst at the nonprofit, nonpartisan RAND Corporation and a former civil servant in the Defense Department policy office responsible for U.N. peacekeeping.

This commentary originally appeared on U.S. News & World Report on March 29, 2017. Commentary gives RAND researchers a platform to convey insights based on their professional expertise and often on their peer-reviewed research and analysis.