SOF's Evolving Role: Warfare 'By, With, and Through' Local Forces 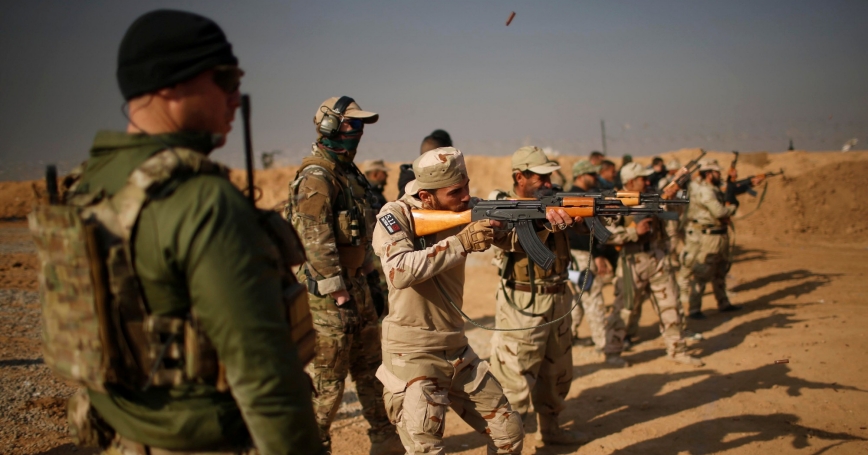 The role of U.S. special operations forces (SOF) in the Middle East has expanded steadily since the inception of the counter-ISIS campaign in 2014. In part, this expansion is due to the metastasis of ISIS into Libya, Yemen, and other countries beyond its major land-holding presence in Iraq and Syria. But the most notable feature of the expanded U.S. SOF role in the Middle East has been its work alongside indigenous forces in Iraq and Syria. Conventional and coalition forces provide additional numbers of troops. What makes this campaign so unusual is that U.S. forces are not providing the muscle of the frontline combat troops. Instead, the campaign is conducted “by, with, and through” others, a Special Forces phrase that the CENTCOM commander, General Joseph Votel, has adopted to call attention to this new way of warfighting. If the counter-ISIS campaign succeeds in dislodging ISIS from Iraq and Syria, this approach is more likely to be considered for other, similar conflicts.

During seven weeks visiting Iraq, Syria, and neighboring countries this year, I observed three major changes in how the campaign accounts for its increasing momentum. First, the number of advisers and supporting forces has now reached a level that can provide meaningful support to the variety of indigenous forces fighting ISIS in Iraq and Syria. That number is hovering around 10,000, including forces deployed in-country on temporary duty. Special operations forces are advising a variety of partners, including the Iraqi Counter Terrorism Service (CTS), tribal forces and Iraqi Kurds. In Syria, they are assisting Kurdish groups, particularly the YPG (Popular Protection Units), and a variety of Arab forces. As in Afghanistan, U.S. SOF count on major support from their closest SOF partners in Britain, Australia, and Canada, as well as the Danes, Norwegians, and French. While SOF are at the forefront of the tactical-level advising, U.S. and coalition conventional forces have been training forces at five main bases and advising at the headquarters level.

The second major change has been in how these advisers are used. The special operations forces have become progressively more dispersed and now accompany the indigenous forces to a secure location near the front lines. This means that they are no longer attempting to provide tactical advice from headquarters, where they must analyze battlefield operations through the soda-straw perspective of drone feeds. They do still advise commanders of indigenous forces at the senior level, which is a critical function, but now they can also observe units in action to better advise their tactics. In East Mosul, movement of advisers to the 16th Iraq army division provided critical assistance to galvanize that unit. U.S. and coalition SOF have also played a significant role in helping to rebuild the CTS, Iraq's SOF, which has led every major battle in the counter-ISIS campaign and has suffered heavy casualties as a result.

The third major change has been the steady increase in fire support, a critical enabler in both Iraq and Syria. This change has occurred gradually over the past year. U.S. Apache helicopters were first used in combat last June in Qayyarah, which today is a major staging base for the assault on Mosul. In a visit to “Q-West,” as U.S. troops call it, I saw a recently installed U.S. military medical unit and its ICU set up in tents on the base. High Mobility Artillery Rocket Systems (HIMARs) are positioned there to provide support to the Mosul offensive. Also in the outskirts of Mosul, at a base in Hamman al-Alil, I saw U.S. Paladin howitzers dug into a berm along the Tigris River, firing in support of Iraqi CTS and Federal Police moving into West Mosul. This fire support is even more important to the Syrian Democratic Forces, a far more lightly armed irregular force which constitutes the major ground force fighting ISIS in Syria. Marines from the 11th Marine Expeditionary Unit have moved into Syria with their 155 mm howitzers in preparation for the assault on Raqqa. I visited Kobane, which is a rustic but increasingly important hub for operations in Syria. An airstrip has been carved from the limestone and now lengthened to accommodate C-17 planes that fly in to deliver rocket pods for HIMARs, along with tons of other ammunition.

U.S. SOF are thus being thrust into a new role of coordinating fire support, managing the conventional troops that employ them in support of the SOF-indigenous ground force, and overseeing the sprawling network of austere “lily pad” bases from which they work.

If they succeed in ousting ISIS from Mosul and Raqqa in the coming months, this new way of combining forces and using SOF to direct a ground war could become a model for conducting low- to mid-level combat. Conventional forces would still be relied upon heavily to conduct major wars, such as a North Korean, Chinese or Russian contingency. But this “by, with, and through” model could become a standard option in the U.S. military playbook. The fight for Mosul is far from over, and the last part will be extremely difficult as troops try to fight among 400,000 civilians trapped in western Mosul without harming them. Similarly, Raqqa will pose a stiff challenge for the anti-ISIS forces, as ISIS has dug trenches, bunkers, and tunnels, and laced the city with mines.

One consequence of the heavy reliance on U.S. SOF is high deployment rates with little downtime. The demands in the rest of the world are significant: Special operators are also needed to conduct low-visibility operations in Europe in support of partners there, as a complement to conventional deterrence against Russian aggression. In addition, the parlous situation of Afghanistan may require more SOF, whose training and advice have made that country's commando forces into very effective fighting units. In a turbulent world, hard decisions will be required about where SOF are most needed, and how other countries' SOF may be able to help.

Linda Robinson is a senior international and defense researcher at the nonprofit, nonpartisan RAND Corporation and author of several books on special operations forces.

This commentary originally appeared on The Cipher Brief on May 9, 2017. Commentary gives RAND researchers a platform to convey insights based on their professional expertise and often on their peer-reviewed research and analysis.