Developing a Comprehensive Strategy for Countering the Islamic State 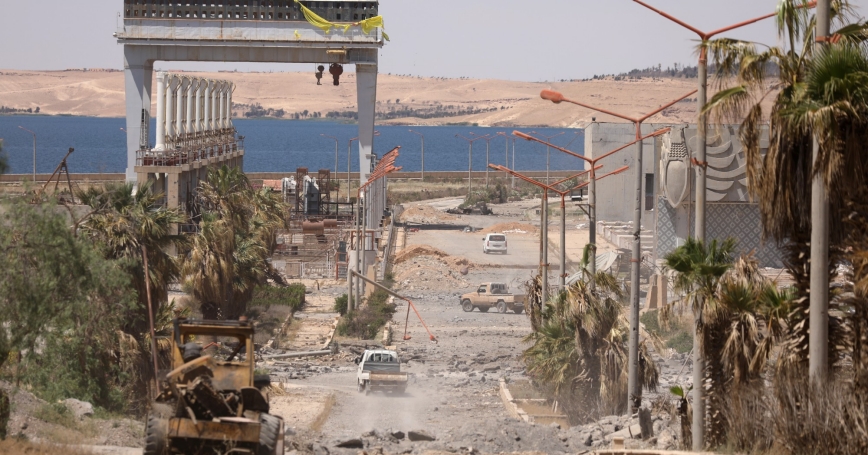 Vehicles drive near Tabqa Dam on the Euphrates River, after Syrian Democratic Forces (SDF) captured it from Islamic State militants, Syria May 12, 2017

by Natasha Lander and Kimberly Jackson

Despite substantial policy and military focus, U.S. attempts to stop the Islamic State group have met with only varying degrees of success. The Obama administration's strategies lacked cohesion and consistent objectives, creating uncertainty among coalition partners and the general public as to how the U.S. actually planned to counter the extremist group. Now, this disjointed approach continues into President Donald Trump's administration, which has directed Secretary of Defense James Mattis to compose a plan to defeat the Islamic State group in Iraq and Syria (PDF).

In 2016, a team of researchers at the RAND Corporation undertook an internally-funded effort to consider what a comprehensive strategy to beat the Islamic State group should entail. We quickly realized that no legitimate strategy can ignore the underlying causes that contributed to the group's rise, such as economic, security, humanitarian and regional factors. Further, it is unrealistic to assume that the group's true defeat of can be achieved through military operations alone. Previous attempts at achieving quick wins in Iraq and Syria may have enabled slight incremental progress, but meaningful peace requires a more consistent approach.

We also determined that near-term actions to defeat the Islamic State group must be measured against some medium-term progress markers to indicate whether U.S. or coalition efforts are achieving their ultimate goals. Tying present efforts to nebulous, broad-brush end-states decades into the future without interim indices would prevent the U.S. from knowing where to adjust or further invest.

With this in mind, our analysis found three possible strategies for defeating the Islamic State group: continuous counterterror, practical stability and legitimated stability. The third, in our opinion, is our best chance to succeed.

Continuous counterterror, or “mowing the grass,” is largely the same as what the U.S. government has been doing thus far. This strategy means accepting that some level of terrorism will persist in the Middle East, and to counter it would require building and maintaining a network of fluctuating regional alliances to obtain basing and access rights. This option also relies heavily on intelligence and high-value targeting, and recognizes the indefinite presence that terror groups will have in Iraq and Syria. Under continuous counterterror, these groups would eventually be suppressed to the point of greatly reducing the threat of attacks on U.S. interests, but it would require some level of continuous and largely reactive U.S. and international partner engagement in the region. So far, this approach hasn't succeeded in containing terrorism.

Under the practical stability approach, the U.S. would seek to defeat the Islamic State group by stabilizing Iraq and Syria using the most expedient means available, but this could be counterproductive. Practical stability is predicated on the idea that terrorism is a constant fixture and must be countered, prevented and reduced by reestablishing strong, centralized nation-states. Such an approach would re-institute autocratic rule in Iraq and other Middle Eastern states, and exacerbate the causes that led to the rise of the Islamic State group in the first place.

Legitimated stability, meanwhile, acknowledges that stability is most consistent when it emerges naturally. Therefore, the best way to reduce and eventually end insurgency and terrorism is to establish capable governance that can earn popular satisfaction. Indirect methods, such as democratization, economic aid and regional coalition-building are the centerpiece tools used to defeat insurgent and terrorist groups under this approach. Military force would only be used to support diplomatic and economic efforts. This strategy seeks to establish legitimate governments in Iraq and Syria, each capable of addressing Sunni disenfranchisement while protecting the rights of all other groups. However, it would require a patient, long-term U.S. investment in governance in Iraq and Syria, including a renewed commitment to addressing the root causes of instability in the Middle East.

Rather than pursuing a cost-prohibitive, all-in approach to nation building, the U.S. needs to enact a patient but persistent strategy that promotes legitimate governance structures to defeat the Islamic State group. Doing so will require a long-term investment, but past approaches focused on the pursuit of quick wins has not brought meaningful progress. Unraveling a protracted conflict necessitates a prolonged commitment; without one, regional stability and U.S. national security will remain threatened.

This commentary originally appeared on U.S. News & World Report on June 1, 2017. Commentary gives RAND researchers a platform to convey insights based on their professional expertise and often on their peer-reviewed research and analysis.