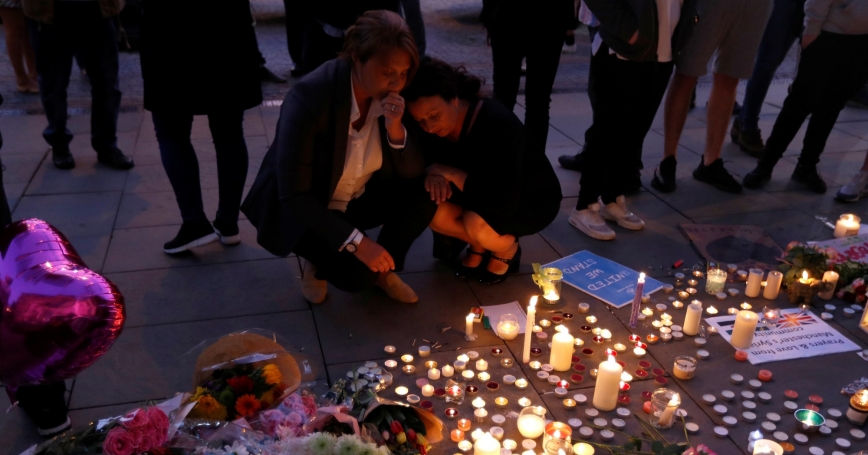 Two women pay their respects to victims of the bombing in Manchester, Britain, May 23, 2017

In the wake of recent terrorist attacks in Manchester and London, attention has increased on the effectiveness of counter-extremism programmes. Since 2014, UK police have made on average one counter-terrorism related arrest a day. In parallel, there have been considerable investments across Europe in the past decade on policies and programmes that are designed to prevent and tackle the phenomenon of violent extremism and radicalisation. However, it is unclear whether these investments are effective, as the evidence base in this field remains thin.

Practitioners within the EU member states still find it challenging to measure the effectiveness of their efforts to prevent and tackle violent extremism, and to learn from them. There is a limited grasp of what actually works when engaging with violent extremist ideologies, to disengage those that are radicalised or radicalising, and to de-radicalise and rehabilitate members of society who have engaged in violent extremist activities.

This was apparent from RAND Europe's involvement in IMPACT Europe, a project designed to investigate what works when tackling violent extremism. From project workshops, capacity building events, and a pilot programme which engaged with over 150 practitioners involved in counter-violent extremism, it seems that evaluation still ranks very low on the policy agenda. Practitioners are under constant pressure and will often dedicate their resources to frontline activities, such as engaging with individuals and communities that are vulnerable or affected by extremism and radicalisation. In these cases, there is no time to reflect on whether the approach they are taking is effective or whether a new intervention could be more effective.

There is no point in waiting until the tidal wave of radicalisation is over to reflect upon the efforts delivered and their outcomes.

Evaluation for programmes and initiatives preventing and countering violent extremism and radicalisation can be challenging. It is hard to measure the impact of such programmes, and a number of ethical and human rights-related concerns further complicate evaluation practice. However, improved evaluation is something that should be considered as soon as possible. There is no point in waiting until the tidal wave of radicalisation is over to reflect upon the efforts delivered and their outcomes.

Programmes and initiatives have adapted to the changing landscape of terrorism and the phenomena fuelling it. In recent years, there has been a shift towards counter-extremism approaches that seek to build resilience towards violent extremist ideologies at individual, group, and community levels. These programmes aim to understand and address the root causes of violent extremism. The EU has been very active in supporting member states in their efforts through direct interventions, building networks such as the Radicalisation Awareness Network, and commissioning research to develop and share knowledge among policymaker and practitioner communities.

Unfortunately, extensive engagement with practitioners through IMPACT Europe workshops, capacity building initiatives, and the pilot programme unearthed a disconnect between evaluators and practitioners on the frontline. It appears that an evaluation culture is lacking in the field of preventing and tackling violent extremism. Even policymakers are not using or encouraging evaluation practice sufficiently.

The benefits of a stronger evaluation culture for counter-extremism and radicalisation programmes are clear. Evaluation can provide an evidence-based judgement as to whether a programme is working and delivering the expected results. It can also help determine to what extent an impact, positive or negative, can be credited to an intervention. Finally, evaluations can help authorities understand whether or not a programme is providing value for money — something which would be of interest to funders.

To be serious about tackling violent extremism, more concerted efforts towards robust evaluations of programmes should be considered. Clear incentives and resources could be put in place for this to happen. Violent extremism is a complex and nuanced social phenomenon that requires careful consideration about how it can be tackled. Blindly pouring resources into this will not solve the problem.

With the emergence of new forms of terrorism and the prospect of returning foreign fighters, the need to understand the effectiveness of current counter-extremism strategies, and how these can be developed to get better results for individuals and society, is becoming increasingly urgent.

Jacopo Bellasio is an analyst at RAND Europe. He was involved in the IMPACT Europe project, which aimed to understand what works in tackling violent-radicalisation and extremism.

This commentary originally appeared on E!Sharp on June 26, 2017. Commentary gives RAND researchers a platform to convey insights based on their professional expertise and often on their peer-reviewed research and analysis.