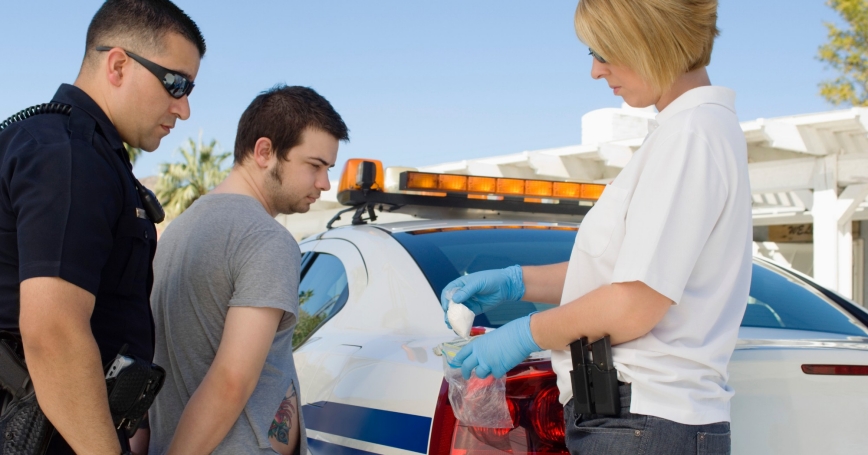 For better or worse, California likes to decide drug policy at the ballot box. Voters have already approved marijuana legalization, but criminal sanctions against users of heroin, cocaine and other drugs are very much intact, though they've been moving in a more lenient direction. It would not be surprising to see a proposition entirely eliminating criminal penalties for drug possession in the near future.

The removal of criminal penalties for drug possession — which is very different from allowing legal sales — is not a new idea. It has been implemented in other countries, and a joint statement from the United Nations and World Health Organization last month recommended the review and repeal of “laws that criminalize or otherwise prohibit … drug use or possession of drugs for personal use.”

California already moved in this direction in 2014 when voters approved Proposition 47, which reduced to a misdemeanor the possession of heroin, methamphetamine and other drugs. Possession of these drugs, however, is still a criminal offense.

Possession arrests and convictions can have devastating effects on users and their families — especially for young men of color, who are disproportionately targeted, and for immigrants, who can be deported for a criminal offense. There are a number of additional sanctions associated with drug convictions; for example, they can make it harder to receive federal aid for college, or access public housing. The stigma around criminalization can also make it harder for users to get help or discuss their problems with family members and health professionals.

On the other side, there are two main arguments for criminalizing possession.

First, there's deterrence, with the goal of discouraging use by threatening users with sanctions.

Second, there's leverage — that is, using arrest and prosecution to steer those with substance-use disorders toward treatment.

A big question is whether removing the criminal penalties for possession will increase use.

A big question is whether removing the criminal penalties for possession will increase use. Fortunately, we have several decades of empirical research on different forms of decriminalization, in U.S. states and abroad.

For cannabis, the consensus based on available data is that decriminalization has either no detectable effect on use, or increases it to a very modest extent. Indeed, research suggests that most Americans were unaware of the penalties for cannabis possession in their state.

Portugal receives a lot of attention because it decriminalized all drugs — not just cannabis. The research suggests Portugal didn't see a large increase in drug use after a modest legal change in 2001 that removed criminal penalties for those possessing a small amount of drugs for personal use. Administrative sanctions, however, can still be applied. Those possessing a large amount or dealing are subject to criminal conviction.

Less is known about the role of possession sanctions as a means of leverage.

Without the threat of a criminal sanction, will it be harder to get people into drug courts or obtain information for police investigations? What will happen to dealers arrested for felony sales who typically would have been offered a plea bargain for simple possession instead of serious time behind bars?

Portugal's approach has survived several different governments, suggesting that the approach is feasible.

There was a serious effort to reintegrate heavy users into society. Those detected by the police with a small amount in their possession have to meet with a “dissuasion” commission, which determines whether the person should enter treatment, receive an administrative sanction such as a fine, receive a warning, or have their proceedings suspended. Portugal's approach has survived several different governments, suggesting that the approach is feasible and that the Portuguese believe the benefits outweigh the costs.

We think that a constructive new debate about decriminalizing drug possession can start with three observations:

Decriminalizing drug possession and use does not give users a free pass to commit other crimes. If substance use leads individuals to drive impaired or engage in violence, they should be punished for those offenses. Jurisdictions could consider “bundling” decriminalization with innovative treatment and/or sanctioning regimes for those whose use leads them to commit crimes that threaten public safety.

Eliminating criminal penalties needn't mean eliminating all sanctions on use. Many jurisdictions outside California punish cannabis possession with civil fines, and the same could be done for other drugs. (A failure to pay the fine could still be punishable by jail time.) Many citizens will be subjected to drug testing at work. And the informal social sanctions of stigma and shame will continue to play an important role, as we see with tobacco smoking and heavy alcohol use.

Decriminalizing possession does not have to be permanent. Risk-averse decisionmakers could adopt a sunset provision that automatically reimposes criminal penalties after a fixed amount of time unless the Legislature acts to extend the change in policy.

Californians have a lot to consider when it comes to decriminalizing possession, especially because we are still learning about the consequences of Prop. 47. But now is the time for a rigorous discussion about removing criminal penalties for drug possession, rather than rushing to judgment in the heat of a future election season.

This commentary originally appeared on San Francisco Chronicle on July 20, 2017. Commentary gives RAND researchers a platform to convey insights based on their professional expertise and often on their peer-reviewed research and analysis.