American Retrenchment Is a Golden Oldie 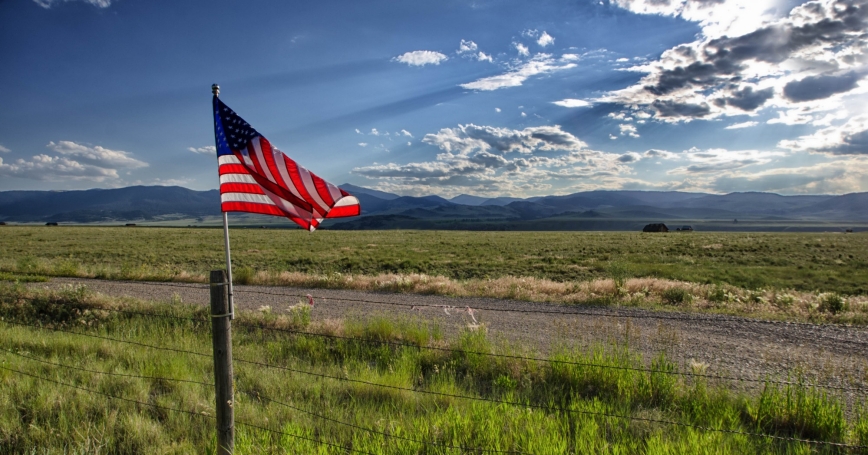 In its 76th year, the “American Century” seems headed for a premature end. Americans are reportedly tired of shouldering the burdens of world leadership, supporting democracy, promoting free trade, and defending their allies. From now on, the American president says, the indispensable nation is going to look out for No. 1, raise new barriers to trade and immigration, and renegotiate—or possibly renege on—recent and longstanding commitments.

Europe's most influential leader, German Chancellor Angela Merkel, has given voice to what is likely a wider sentiment: America's allies can no longer count on the U.S. and must take their fates into their own hands.

But America's tendency to draw inward is nothing new. The American Century was first proclaimed by Henry Luce, publisher of Time and Life magazines, in words that resonate today. “We Americans are unhappy,” he wrote in February 1941. “We are not happy about America. We are not happy about ourselves in relation to America. We are nervous—or gloomy—or apathetic. As we look out at the rest of the world we are confused; we don't know what to do.”

He continued: “As we look toward the future—our own future and the future of other nations—we are filled with foreboding. The future doesn't seem to hold anything for us except conflict, disruption, war.” While this may sound familiar, Luce was describing a nation still recovering from the Great Depression. Most Americans were disillusioned with the results of the First World War and determined to stay out of the Second.

Many of today's Americans still haven't recovered from the Great Recession that began in 2008. Nearly all are deeply disappointed with the results of the seemingly endless wars in Iraq and Afghanistan. In 1941 Luce argued that “other nations can survive simply because they have endured so long—sometimes with more and sometimes with less significance. But this nation, conceived in adventure and dedicated to the progress of man—this nation cannot truly endure unless there courses strongly through its veins from Maine to California the blood of purposes and enterprise and high resolve.” He concluded: “It is in this spirit that all of us are called, each to his own measure of capacity, and each in the widest horizon of his vision, to create the first great American Century.”

Donald Trump is not the first president to want to reduce America's foreign commitments. In 1969, as America began to withdraw from Vietnam, President Richard Nixon established a doctrine that came to bear his name, warning that the U.S. would henceforth expect its allies to provide the manpower for their own defense. Presidents Jimmy Carter, George W. Bush and Barack Obama also entered office promising a restrained American role abroad.

Yet Mr. Carter went on to launch a covert war against the Soviet presence in Afghanistan and enunciated a doctrine of his own, declaring that any “attempt by any outside force to gain control of the Persian Gulf region will be regarded as an assault on the vital interests of the United States of America, and such an assault will be repelled by any means necessary, including military force.” Mr. Bush pledged not to engage in “nation building,” yet ended up doing that in Afghanistan and Iraq. During his first term Mr. Obama announced a “pivot to Asia,” then the world's most peaceful region, but spent his second term boosting American military commitments in Europe and the Middle East instead.

Mr. Trump's election is a sign that American dissatisfaction with the existent global division of labor is widespread.

Isolationism is a recurring temptation of American foreign policy. Responding to new and unforeseen challenges, however, the U.S. has repeatedly resisted that temptation and risen to the demands of global leadership. Is it different this time? Certainly the official rhetoric from the Trump administration is more fervent. And Mr. Trump's election is a sign that American dissatisfaction with the existent global division of labor is widespread.

But we don't know how the country will respond to the next crisis. It took the surprise Japanese attack on Pearl Harbor, nine months after Luce's call to arms, to push the U.S. into World War II. It took the installation of Soviet puppet regimes throughout Eastern Europe to keep America engaged on the Continent for 40 years after the defeat of Nazi Germany. It took the Soviet invasion of Afghanistan for Mr. Carter to commit to defending the Persian Gulf. The 9/11 attacks turned Mr. Bush into a nation builder, and the rise of the Islamic State and the Russian invasion of Ukraine led Mr. Obama to recommit American forces to the Middle East and Europe.

Mr. Obama, like his predecessors, discovered that while Americans wanted a less costly foreign policy, they had difficulty accepting the diminished influence that went with it. Americans are unlikely to remain comfortable seeing their leaders heading a coalition of petro-state monarchs and illiberal strongmen while the democratic world marches to a different drum.

President Trump and his administration will be tested soon. The test could come in Syria or on the Korean Peninsula, or in some wholly unanticipated place and some entirely unexpected way. Then, when allies' support and international solidarity will be at a premium, Americans will find out whether their century of pre-eminence has ended.

James Dobbins is a senior fellow at the RAND Corporation, a former U.S. ambassador and assistant secretary of state, and the author of “Foreign Service: Five Decades at the Forefront of American Diplomacy,” just out from Brookings Institution Press.

This commentary originally appeared on The Wall Street Journal on July 2, 2017. Commentary gives RAND researchers a platform to convey insights based on their professional expertise and often on their peer-reviewed research and analysis.