Assad's Attacks Should Not Be Repeated, Forgotten, or Excused 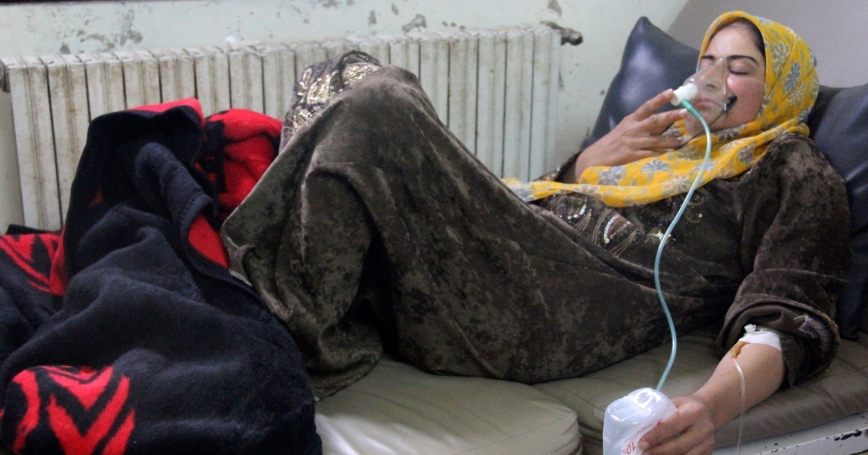 A woman affected by a gas attack breathes through an oxygen mask inside a field hospital in Kfar Zeita village, Hama, Syria, April 12, 2014

Four years ago more than 1,000 Syrian civilians, including hundreds of children, were gassed to death and thousands more were injured while sleeping in their homes in the suburbs of Damascus. It was the most deadly chemical weapons attack in nearly 30 years, but it wasn't the last and more could be on the way.

As the international community marks the 20th anniversary of the implementation of the Chemical Weapons Convention (CWC) this year, the Bashar al-Assad regime's flagrant violations of the Treaty's fundamental obligations should be of high concern. They also should serve as a reminder that chemical weapons remain a threat that demands a global solution.

Assad—despite signing the CWC in October 2013 and pledging to destroy his declared chemical weapons stockpiles and production capabilities—has continued chemical attacks on the Syrian opposition (PDF). In April this year, the regime used sarin again at Khan in northwestern Syria, killing at least 74 people, including nearly a dozen children, and injuring more than 500.

President Trump took prompt, but limited military action against the Syrian military airbase responsible for staging the April sarin attack, and threatened additional strikes should the Syrian regime attempt future chemical attacks. But more steps are necessary to hold Assad and his military commanders responsible for chemical weapons attacks that violate treaty commitments they recently made.

ISIS has repeatedly used mustard gas and chlorine on the battlefield in Syria and Iraq and can produce crude mustard gas as detailed by former CIA Director, John Brennan, in 2016. North Korea's Kim Jong-un chose the extremely deadly nerve agent, VX, to assassinate his half-brother at Kuala Lumpur international airport last year. One possible explanation for why Kim chose to have his half-brother killed with such an exotic military grade chemical agent is to signal to potential adversaries the type of weapon he has in his national arsenal and his willingness to use it. Other countries, including CWC signatories, may be reconsidering their options as well.

There can be no doubt that when Assad reviews the landscape of past and present despots, such as Libya's Moammar Qaddafi, Iraq's Saddam Hussein, and North Korea's Kim, he surely will take note that only Kim—with his nuclear weapons program and a chemical weapons arsenal—is still alive and in power. Rather than relinquishing his remaining chemical weapons stockpiles, Assad could choose instead to covertly restock them.

To counter Assad and others who might turn to the use of chemical weapons, the U.S. could collaborate with other major powers to bolster the international ban on chemical weapons. Convening a major conference—akin to the Nuclear Security Summit held last year—focused on strengthening the treaty's inspection and enforcement provisions could be a worthy first step. Enhanced sanctions could be imposed on the Syrian regime, given its acceptance of the CWC treaty terms prohibiting the use of chemicals as weapons. Additionally, Russia, could be held accountable for aiding Syria despite the regime's repeated use of chemical weapons. Finally, in order to strengthen international norms, the U.S. could warn Assad, and other rogue leaders considering treaty banned weapons, that if chemical weapons are used, severe military, diplomatic, and economic actions will follow.

This commentary originally appeared on Foreign Policy Concepts on August 15, 2017. Commentary gives RAND researchers a platform to convey insights based on their professional expertise and often on their peer-reviewed research and analysis.