In Its Relations with Russia, Can the U.S. Walk and Chew Gum at the Same Time? 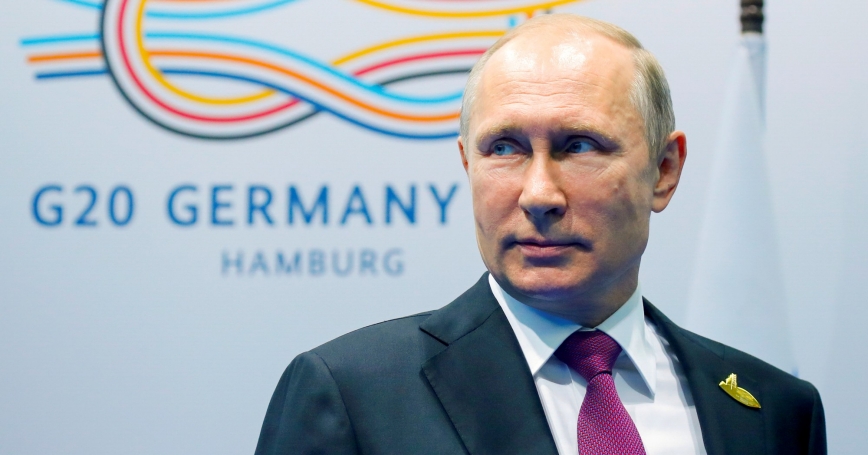 The U.S. needs to walk and chew gum in its relations with Russia, confronting Moscow on its election interference and aggression in Ukraine while deconflicting military operations in Syria and supporting European efforts to halt the fighting in eastern Ukraine. These steps require some modus vivendi to be achieved between hawks in the Congress and the dove in the White House.

Congress has made clear that it will not countenance a policy of comprehensive cooperation with Moscow and last week passed a bill that would impose sweeping new economic sanctions on Russia. This prompted the Kremlin to force the dismissal of hundreds of employees from U.S. diplomatic posts in Russia.

While President Donald Trump signed the measure, he has otherwise appeared reluctant to seriously confront Russian President Vladimir Putin on any issue. This leaves the president unable to pursue any aspect of his positive agenda with Russia, but also unwilling to advance the tougher approach favored by the Congress. This situation leaves America's allies in Europe and elsewhere without any clear lead from Washington and no practical way of working toward a common Western approach to Russia.

Russian efforts to subvert Western political processes and undermine confidence in democratic institutions are not a uniquely American problem. Russia has been doing the same in Germany, France and other European countries. And so far European governments have been taking the challenge more seriously than has our own.

Congressionally mandated sanctions on Russia for its election interference could provide an impetus for a broader Western response, but this will only take place if the Trump administration steps up to the task. European governments don't like the extraterritorial aspects of this legislation which would punish American and European companies involved in constructing another gas pipeline between Russia and Western Europe. The U.S. administration could work with Congress to scale back these extraterritorial provisions in exchange for a meaningful increase in European sanctions tied to Russia's political espionage and internet-enabled subversion.

Back in the 1970s, Henry Kissinger espoused the policy of linkage, by which American agreement in some areas was withheld until Russian concessions were offered in another. He was hoping that broad and quite meaningful agreement on European issues would lead to Soviet help in extricating the U.S. from Vietnam. That never occurred. Detente eventually collapsed under the weight of continued Soviet advances in Africa, Central America and Afghanistan, even though Kissinger's efforts had consolidated the peace at the only place where nuclear war was thinkable, Central Europe.

Neither a policy of unremitting hostility nor of comprehensive collaboration with Russia will command domestic support in the U.S. or secure European participation in a common effort to punish, deter, dissuade and eventually improve overall Russian behavior. Today Washington needs to pursue a policy of delinkage, confronting Moscow where necessary and cooperating where possible. Such a differentiated approach, combining confrontation and collaboration will only prove feasible if Congress and the executive branch can agree on its broad outline, and if the president demonstrates a willingness to pursue both strands with equal vigor.

James Dobbins, a former assistant secretary of state for Europe, is a senior fellow at the nonprofit, nonpartisan RAND Corporation.

This commentary originally appeared on U.S. News & World Report on August 2, 2017. Commentary gives RAND researchers a platform to convey insights based on their professional expertise and often on their peer-reviewed research and analysis.