What Afghanistan Needs to Move Forward: A Political Solution 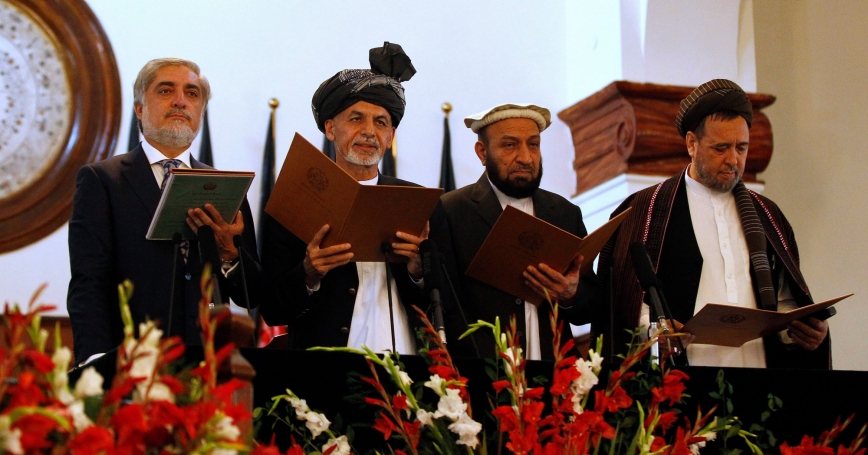 It is no secret that President Donald Trump is frustrated with the war in Afghanistan and wants to make bold changes to shake up the U.S. war strategy. Although the U.S. military's role in maintaining a modicum of stability has been crucial, experts agree a real solution needs to consider Afghan politics first.

Some analysts jump ahead to the peace process or regional stability. While they are right to highlight those as long-term, ultimate objectives, they ignore the festering heart of the Afghan problem: Unraveling the mess that is Afghanistan's government.

So what is the nonmilitary solution? The U.S. should do what it promised.

Afghanistan's key weakness has been the absence of a government that is trusted, legitimate and capable of managing the affairs of state. In 2014, following a disputed election, the two leading contenders for president, Ashraf Ghani and Abdullah Abdullah, signed a power-sharing agreement to form a government of national unity as president and chief executive, respectively. This agreement, brokered by then-Secretary of State John Kerry and witnessed by the U.S. ambassador and the U.N. special representative, stipulated a "loya jirga," or constitutional convention, be held within two years to formalize the role of the chief executive as a prime minister, the holding of local elections and electoral reform.

But the U.S. and the international community never followed through on their promise to help the Afghan government achieve real reform. The 2015 parliamentary elections have been delayed pending electoral reform that was never legislated. The lack of district elections, a virtual logistical impossibility, has impeded progress toward a constitutional convention because district representatives are required for a quorum.

Had the international community pushed for these reforms to take place in 2014, they could very likely have been achieved. A mood of hope and unity had suffused much of the country. But the international community mistook a lull for an equilibrium and stopped pushing for political reform. When factional rifts have erupted, the world has simply told Ghani and Abdullah to get along, believing that neither of their parties want to suffer the costs of withdrawing from the government. But that assumption may no longer hold: First Vice President Abdurrashid Dostum is spearheading a coalition of ethnic parties to oppose the current government, even as the Taliban and other local actors solidify their hold over the provinces.

Why undertake such a difficult set of tasks?

It would lend legitimacy to the government, a prerequisite for a peace agreement in a country long riven by political factionalism. The Afghan government must resolve the disputes with peaceable factions, such as Dostum's, then reach out to those already at war with it.

In addition, moves made to help the government function properly would foster independence from foreign actors and build capacity in a government so immersed in factional squabbles that decisions affecting provincial and state functions are often delayed or foregone. Finally, political reform would enable the government to engage in more productive regional relations, including building a more stable trilateral relationship with India and Pakistan.

The United States could lead the international community in enforcing the hoped-for parliamentary elections next year. These elections should be held under the old, imperfect election law, with the understanding that it cannot be changed until Parliament's mandate is renewed through the electoral process.

After these elections, a loya jirga should be announced and held before the 2019 presidential election. Without district council elections, it cannot be a true constitutional convention, but there is precedent for a "consultative" one called solely to consider a proposal for a prime ministerial position. After the loya jirga, Parliament must take up the issue of electoral reform with seriousness. At each point in this process, the United States can act as champion, convener, broker, or gadfly as the need arises.

Following these steps will serve as a confidence-building process between the Afghan government and its people, ensuring the legitimacy that will allow the nation to move forward with peace and prosperity. When there is no way around, the only choice is to go through.

Rebecca Zimmerman is a policy researcher at the nonprofit, nonpartisan RAND Corporation and has studied governance and security over a decade of working in and on Afghanistan.

This commentary originally appeared on U.S. News & World Report on August 21, 2017. Commentary gives RAND researchers a platform to convey insights based on their professional expertise and often on their peer-reviewed research and analysis.