Saudi Arabia and Iran May Be Headed Toward War 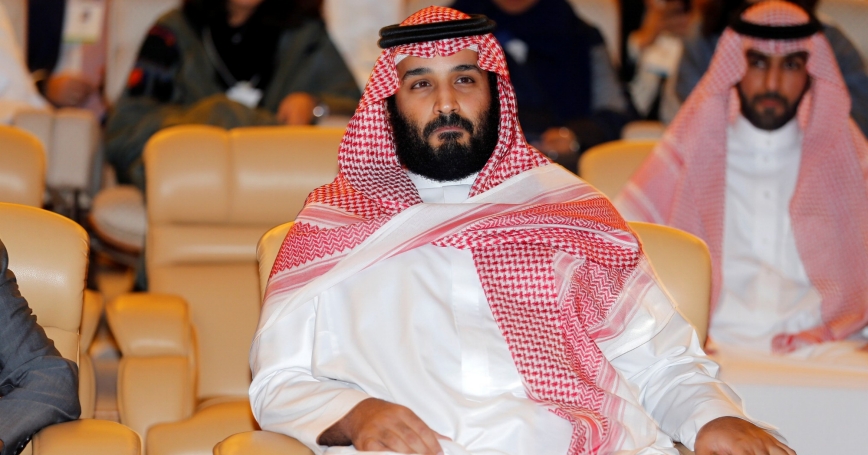 Photo by Hamad I Mohammed/Reuters

Saudi Arabia and Iran could be headed toward a major war.

Recent power struggles in Riyadh, the shooting down of a Yemeni missile over the Saudi capital, and rising Saudi alarm over Iran's strengthening position in the Middle East have created a potentially deadly brew of instability.

War between the two major powers can start anywhere in the region, including in the Persian Gulf. But Lebanon may be the fault line of a possible earthquake. Saad Hariri, Lebanon's erstwhile prime minister, was recently summoned to Riyadh and resigned his position over Iranian “meddling.” However, reports indicate that he quit power under Saudi duress. Riyadh has also accused Hezbollah, Iran's greatest ally in the region, of declaring war against Saudi Arabia. Israel, worried about Iran's expansion in Syria and Iraq and Hezbollah's growing military strength, is reported to be forming a partnership with the Saudis in order to roll back Iranian influence.

War can start anywhere in the region, but Lebanon may be the fault line of a possible earthquake.

Jerusalem and Riyadh's concerns with Iran's power are shared by the Trump administration, which has not only criticized the Iran nuclear agreement but indicated a more aggressive push against Tehran's regional power.

Saudi Arabia, beset by domestic woes and a grinding war in Yemen, may be tempted by a military option against Iran. Its enthusiasm for the use of arms may also be shared by Israel's political leadership and some elements of the U.S. government. However, a war against Iran is highly risky and highly unlikely to erode Iranian power or weaken the Islamic Republic at home. If anything, Iran has demonstrated an uncanny ability to exploit U.S. strategy in the Middle East to further its own interests. A more assertive U.S.-Saudi-Israeli approach could backfire spectacularly, plunging the region into further chaos without solving the Arab-Persian rivalry.

The 2003 U.S. invasion of Iraq heralded Iran's rise and triggered an ever-growing sense of Saudi anxiety. Since then, Tehran has emerged as a major power broker in Baghdad, Damascus, and Beirut. The Iran nuclear agreement and President Obama's policies of engaging Iran, while beneficial for American interests, were viewed by the Saudis with deep suspicion. The new Saudi leadership, led by Crown Prince Mohammad bin Salman, has launched an aggressive policy of countering Iran across the region.

A more assertive U.S.-Saudi-Israeli approach to Iran could backfire spectacularly.

The Saudis were a major supporter of the Syrian opposition fighting the Assad regime and have backed Sunni groups opposed to Iranian influence in Lebanon. But Riyadh's strongest thrust against Iran has taken place in Yemen. The Saudis have launched a devastating air war against Yemeni civilian and military targets in order to overthrow the pro-Iranian Houthi militia. The missile launched against Riyadh last week originated from Yemen and was likely in retaliation for Riyadh's continuing air campaign.

While Riyadh may have struck a more muscular posture, its policies have failed to counter Iran or its allies. The Assad regime has emerged victorious with massive Iranian and Russian help. Yemen faces starvation as the Houthis maintain their grip on power. And Shi'a militias in league with Iran have been instrumental in defeating the Islamic State and the Kurdish Regional Government in Iraq. The Iraqi central government is not a pawn of Iran, but it has gravitated toward Persian-Shi'a majority Iran instead of its Arab neighbors.

Thus, Riyadh may have viewed Lebanon as a tempting target to punish Iran. The Hariri government's political coalition with Hezbollah gave a veneer of legitimacy to Iranian influence in Beirut. And it would have complicated a stronger U.S.-Israeli-Saudi push against Hezbollah. With Hariri out of the way, Riyadh can apply political and economic pressure against Hezbollah while Israel considers military action against its growing missile capabilities. Hezbollah, bled by its involvement in the Syrian conflict, may be viewed as being particularly vulnerable by its many opponents.

But Riyadh's strategy carries enormous risk. Hezbollah may be under duress, but it is heavily armed and backed by Iran's allies in Syria. An Israeli military campaign against Hezbollah is unlikely to be swift and decisive despite Israel's conventional military superiority. Hezbollah is armed with thousands of missiles capable of hitting Israel, even despite Jerusalem's impressive anti-ballistic missile capabilities. And Hezbollah has often thrived in times of war and crisis, while the Lebanese people have borne the costs of its political ambitions and machinations.

Ultimately, the region's problems must be solved at the negotiation table.

An Israeli conflict with Hezbollah, supported by Washington and Riyadh, could quickly draw in Iran and spread to the Persian Gulf, one of the most heavily armed regions in the world. A war between Iran and Saudi Arabia is likely to result in major economic devastation, disrupting energy supplies and throwing the global economy into another major recession. Saudi Arabia may be armed with a sophisticated air force, but Iran has built the region's largest missile inventory and currently commands tens of thousands of battle-hardened Shi'a militiamen. Even those Iranians deeply opposed to the Islamic Republic are likely to rally around their government as it fights Saudi Arabia and its partners.

Ultimately, the region's problems must be solved at the negotiation table. None of the main actors can use their respective militaries to solve problems rooted in authoritarian governance, economic corruption, social malaise, and religious and ideological bigotry.

The United States should encourage Tehran and Riyadh to settle their differences rather than facilitate aggressive Saudi action. Otherwise, the region will be plunged into an even bigger crisis without an end in sight.

This commentary originally appeared on Atlantic Council on November 13, 2017. Commentary gives RAND researchers a platform to convey insights based on their professional expertise and often on their peer-reviewed research and analysis.