Prioritizing Security at the U.S. Border with Mexico 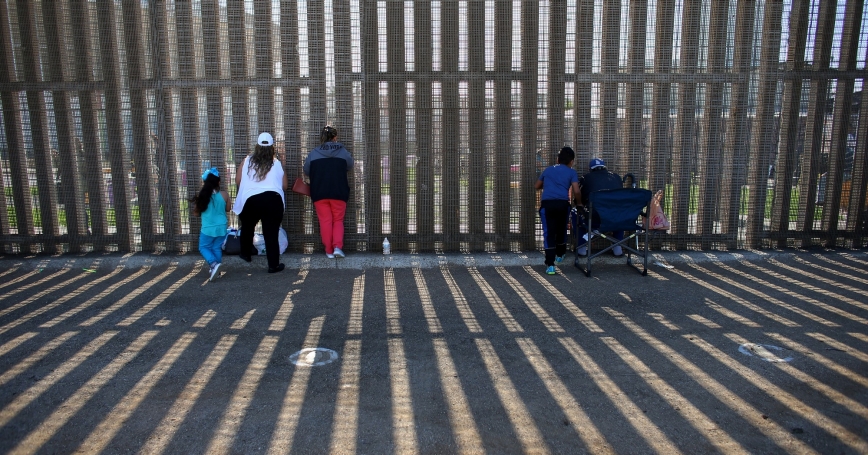 The administration and Congress are currently debating what kinds of investments are needed to secure the U.S. border with Mexico—an issue that has been folded into a debate on the fate of more than 800,000 children who were brought to the United States illegally by their parents. The president has stated that securing the U.S. border with Mexico has to be part of any agreement on the fate of these children—including building a wall and deploying technology to the border.

An effective approach to securing the border could begin by determining what U.S. authorities should focus on trying to detect and stop from crossing the border. While much of the public debate has focused on illegal immigration, drug smuggling is also an important part of the story. Setting clear priorities is important because, even with the increase in resources currently being considered, U.S. front-line personnel will never be able to stop every illegal immigrant or drug shipment from crossing the border. Infrastructure and technology can only be effective if they help front-line border personnel carry out a clearly defined mission.

So what should U.S. priorities be at the border? When it comes to narcotics, Department of Homeland Security statistics show that hard drugs—such as cocaine, heroin, fentanyl—are predominantly smuggled through U.S. ports of entry, while marijuana is generally smuggled between ports of entry. This is in part due to logistics—hard drugs can be smuggled in small quantities, which allows them to be hidden in compartments in vehicles, in luggage or even swallowed by people and walked across the border. Marijuana, on the other hand, is bulky and hard to conceal—it is thus generally smuggled across the land border between ports of entry, or sometimes through tunnels or aboard high-speed boats.

Efforts to stop narcotics from crossing the border are complicated by the sophistication of drug smugglers.

Efforts to stop narcotics from crossing the border are complicated by the sophistication of drug smugglers. Mexican drug cartels have shown themselves to be relentless and flexible, easily adapting their smuggling tactics and strategies to whatever front-line personnel are doing at any given part of the border. When fences are built, they go around them, over them or under them. When sophisticated x-ray machines are deployed, they find new ways to conceal their drugs that are harder to detect. And they are always watching front-line personnel to pick up on tendencies, time their deployments, and identify individuals they might be able to corrupt.

When it comes to illegal immigration, the number of people actively trying to avoid detection at the border is at an all-time low—and many people trying to enter the country without authorization are actually turning themselves in to claim “fear” and enter the asylum process. In fact, over the past few years, increasing numbers of inadmissible people are going to U.S. ports of entry to claim fear, which has stressed operations at facilities that were never intended to hold large numbers of people for a long time. As I've noted in previous articles, the nature, scale, and scope of illegal immigration has fundamentally changed—but the political debate about immigration has not.

So what do these trends mean for the proposed investments in border security that the administration and Congress are considering? Given that the country is in the midst of an opioid epidemic so severe that the administration has designated it a national emergency, stopping fentanyl and heroin from crossing the border might be a higher priority than stopping marijuana—a drug that a number of states have legalized.

Policymakers could consider investing in improvements to the ability to detect narcotics at ports of entry, the common entry point for the most dangerous drugs. For example, front-line personnel currently lack an easy way to identify fentanyl, a key driver of the current epidemic. When making investments between the ports of entry, policymakers should keep in mind that U.S. adversaries—the Mexican drug cartels—are ruthless and endlessly adaptive. For this reason, policymakers may want to focus on technologies that are flexible and relocatable on the land border, so that Border Patrol agents can easily adapt to the latest cartel strategy.

Lastly, many people crossing the border illegally today—almost 80,000 in fiscal year 2016 alone—are not trying to evade detection, so enhanced border protection will not stop them. Rather, they are taking advantage of incentives created by the U.S. asylum process and the long backlogs in the U.S. immigration court system to enter the United States at ports of entry. Any proposed solution that doesn't address these structural issues in the U.S. immigration system in a way that is humane to those who are genuinely in danger, but also recognizes the U.S. national prerogative to maintain secure and sovereign borders, is not likely to yield a long-term solution.

As debate on border security continues, policymakers would be wise to look beyond the heated rhetoric to clearly identify priorities and make informed decisions about how best to deploy finite resources to get the strongest security for the investment.

Blas Nuñez-Neto is a senior policy researcher at the nonprofit, nonpartisan RAND Corporation. Prior to joining RAND, he served as a senior advisor to the Commissioner of U.S. Customs and Border Protection.

This commentary originally appeared on U.S. News & World Report on January 25, 2018. Commentary gives RAND researchers a platform to convey insights based on their professional expertise and often on their peer-reviewed research and analysis.