Russia Is Not a Viable Counterterrorism Partner for the United States 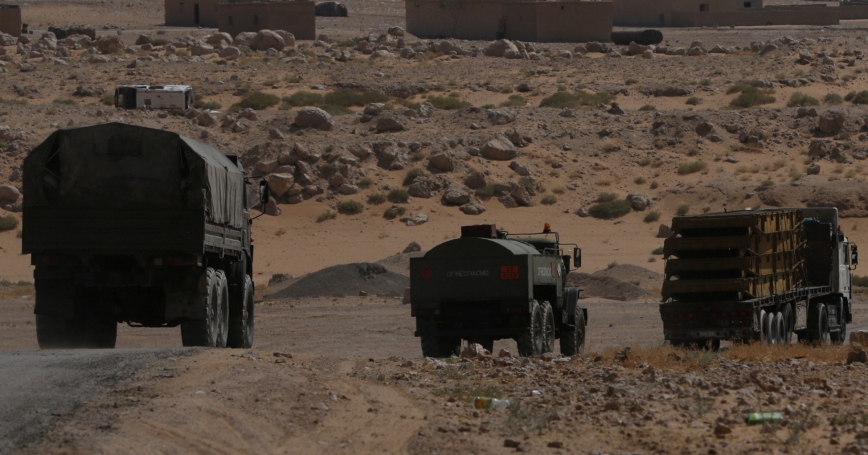 Late last year, Russia's president called his American counterpart to thank him for information provided by the CIA that allegedly helped thwart a terrorist attack in Russia's second-largest city, also Vladimir Putin's hometown, St. Petersburg. The exchange fit with President Donald Trump's long-held position that Washington should forge closer ties with Russia to fight international terrorism, particularly of the Islamist variety. (His predecessor had made some efforts in that direction as well.) One media report called news of the two leaders' conversation “an unusual public airing of details about counterterrorism cooperation,” while former director of national intelligence James Clapper called it a “rather theatric gesture” for “something that goes on below the radar” on a regular basis.

Foolish as it would be to argue that U.S. and Russian interests never align, the United States in its broader battle with terrorism cannot cooperate meaningfully with Moscow. On a practical level, there are difficulties in sharing intelligence even with trusted allies, much less in a relationship rife with mistrust, as U.S.-Russia ties now are. More importantly, the argument that Moscow and Washington are fighting a common enemy because both face threats from militant Islamists is misleading: A close look at the battles each is waging reveals that Russia and the U.S. are fighting either different groups or the same groups but for different reasons and using very different approaches. Today Russia is America's adversary and its actions, particularly attempts to fracture NATO, do not align with larger U.S. security goals. Calling Moscow a “partner” in the counterterror fight would hand it a huge PR victory—note that the Putin-Trump call was made public by the Kremlin—and a giant fig leaf to cover up its efforts to undermine the U.S. on the global stage.

Sharing intelligence with foreign countries is easier said than done. Practical difficulties include concerns about revealing sources and methods, as well as strict regulations involving access to information with varying levels of classification. Clearing these hurdles is even more difficult in a political climate where U.S.-Russian military-to-military contacts are all but frozen and the U.S. intelligence community believes (PDF) Russia to have waged “an influence campaign in 2016 aimed at the U.S. presidential election,” with several official investigations underway.

Syria ostensibly would be the place to start on counterterrorism cooperation, but Russia has proven to be an unreliable partner on matters less sensitive than intelligence sharing. Earlier this year, the U.S.-led coalition said Russian military officials had rejected a coalition request for permission to strike Islamic State targets near a strategically important garrison at al-Tanf, which is used by U.S. troops. The Pentagon has repeatedly complained of dangerous maneuvers by Russian fighter jets, most recently in December. And U.N. investigators say there is strong evidence suggesting that the Russian-brokered 2013 deal to rid Syria of its chemical weapons did not work, while Moscow has blocked related investigations from continuing. There are also reports that “the Kremlin's diplomatic coordination with the United States is much less intense” under the Trump administration than under Barack Obama's.

It also remains unclear exactly what Russia could provide to the United States of value in terms of intelligence or military capabilities. The U.S. is doing a better job battling Islamic State than Russia is. In areas where Russian-backed forces operate, IS fighters regularly manage to move freely, especially around the middle Euphrates River valley, according to U.S. officials. Moreover, despite Putin's declaration of “victory” in December, Russia's main military facilities in Syria were attacked in January—first with mortars killing two servicemen and then with a dozen armed drones, possibly from territory covered by a Moscow-brokered cease-fire—demonstrating the Russian forces' vulnerability. Overall, despite Moscow's growing influence in the Middle East, the region is still not one where Russia has more knowledge or sway than Washington.

The primary reason U.S.-Russian counterterrorism cooperation is even under discussion is because of the idea that the two countries are fighting a common enemy—jihadist groups in general, and Islamic State in particular. In reality, Moscow's and Washington's respective wars on terror differ significantly in motives, aims, targets, tactics and strategies, and even who the enemy is, which further dims any prospects for cooperation.

In Syria, for example, the U.S. wants to defeat the Islamic State because it is an engine of international terrorism, while Russia fights the group mainly because it is an enemy of President Bashar al-Assad—whose regime Moscow has saved from collapse. Meanwhile, Russian special forces and warplanes serve as a force multiplier for Hezbollah, a recognized terror group. Differences like these explain in large part why U.S.-Russian cooperation in Syria has been limited to “deconfliction” and avoiding accidents, while the two sides' definitions of the terrorist threat continue to diverge.

Another key difference in the two countries' threat perceptions is that Moscow has long had to fight Islamist terrorism in its backyard, while the U.S. has been doing battle in distant lands. In the mid- to late-1990s, myriad anti-Russian rebel groups, primarily from the traditionally Muslim North Caucasus region, adopted religious ideologies instead of secular separatist aspirations—a shift attributed by many scholars to the growing influence of foreign fighters from the Middle East and Central Asia. Since then, Islamic militants have launched many high-profile attacks on Russian soil far beyond the battlefields of the Caucasus. These have included targeted destruction of transportation infrastructure and meticulously planned operations specifically designed to kill civilians and spread terror throughout the population, such as the Moscow theater hostage crisis in 2002 and the Beslan school siege in 2004. The U.S. has suffered far fewer attacks by jihadists on its home turf and has been fighting largely to keep them away from its shores and to help protect allies in Europe. This difference, too, calls for different approaches to counterterrorism: Expeditionary counterterrorism requires a significant deployment of military force, while domestic counterterrorism can rely more on local and federal police and an array of intelligence agencies.

The U.S. and Russia also differ markedly in their approaches to fighting terrorism and it is hard to imagine how these could be made compatible. Roughly put, the U.S. aims to espouse a comprehensive approach that tries to win hearts and minds by finding out about communities' grievances and factoring in socioeconomic development; Russia does not explicitly try to do this, relying instead on heavy-handed methods, many of which the U.S. military could not easily get away with and in fact condemns.

These have included indiscriminate bombing; forced disappearances whose victims got no legal representation, were held incommunicado and were sometimes never heard from again; and collective punishment, including the targeting of suspected insurgents' families, friends and neighbors. Russia's focus has been largely kinetic, as the military has relied on a decapitation strategy to eliminate successive high-ranking insurgent military commanders over the years. This approach has been quite effective in the short term, but also may be myopic, trading (PDF) longer-term stability for short-lived security: Insurgents' social, political and economic grievances have largely been ignored, practically ensuring that future generations of militants will pick up the mantle of jihad. In Chechnya, for example, anti-Moscow militants have been all but wiped out under a ruthless, Moscow-backed strongman, but the insurgency has shifted to neighboring Dagestan. Indeed, thousands (PDF) of Russian fighters have gone to wage jihad in Syria and Iraq and experts are just beginning to assess the threats they will pose in years to come.

In an ideal world Russia and the U.S. would be able to cooperate against jihadist organizations, jointly developing counterterrorist best practices, but for all the reasons listed above this is not realistic at present.

Big Picture: We Are Adversaries

Any successful attempt at cooperation needs to unfold in a broader, more comprehensive context—meaning U.S. foreign and security policy that extends beyond terrorism and includes the building and maintenance of alliances, stability operations and American grand strategy. Here the U.S. faces two major obstacles to working with Moscow: At least at this moment, Russia is an adversary (PDF) and U.S. policy is somewhat inchoate. On the first point, one of Russia's chief objectives is to drive a wedge into NATO—via disinformation, support for anti-status quo parties and other means—thus making the alliance less effective in responding to threats. This clearly runs counter to U.S. interests. At times Russia seems to pursue policies with the primary aim of hurting the U.S. A prime example is its reported support for the Taliban in Afghanistan: How could that benefit Russia other than to bog down the U.S. and derail its efforts? At the same time, the U.S. has to get its own strategic objectives in order, both on counterterrorism and more broadly. In Syria, for instance, Washington has repeatedly said it wants Assad out, but has not offered an alternative.

In light of this adversarial relationship and the absence of a clear strategy for countering it, why would the U.S. want to hand Russia an enormous public-relations victory by calling it a partner in the fight against Islamic extremism?

Eventually, the civil war in Syria should wind down and everyone involved will seek to craft a negotiated political settlement. The United States will need to cooperate with Russia (and several other key nation-states) to forge a path ahead in Syria. But that is hardly the same as viewing Russia as a viable counterterrorism partner. Again, cooperating with Moscow on counterterrorism would be technically difficult from the perspective of intelligence sharing, especially considering the United States and Russia are at odds on key policy issues, including some counterterrorism issues.

Even where there are areas in which the two countries could work together to mutual benefit, any cooperation should be judicious, measured and treated with the requisite degree of skepticism.

Colin P. Clarke is a political scientist at the RAND Corporation and an associate fellow at the International Center for Counter-Terrorism (ICCT)-The Hague.

This commentary originally appeared on Russia Matters on February 8, 2018. Commentary gives RAND researchers a platform to convey insights based on their professional expertise and often on their peer-reviewed research and analysis.