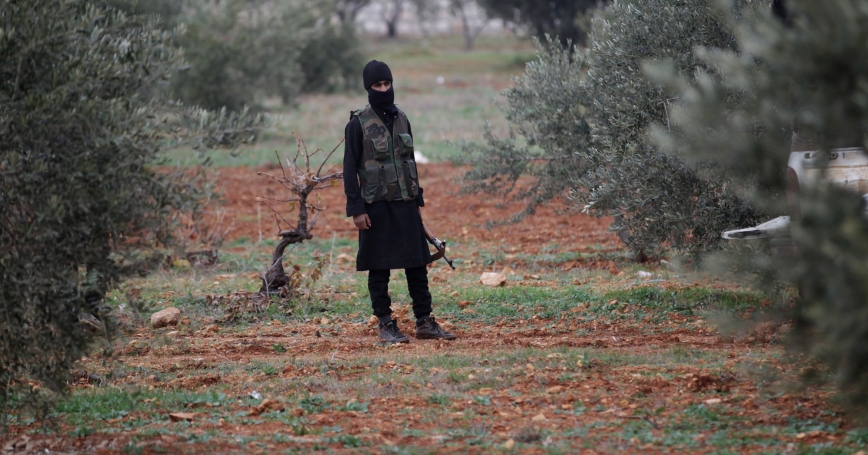 With the collapse of ISIS and loss of the majority of its territory in Syria and Iraq by the end of 2017, the world was relieved at the news of the “end” of the terrorist-cum-insurgent group. This response paralleled a different, but not altogether dissimilar, celebration following the death of Osama Bin Laden in 2011. By 2012, many stated that al-Qaeda's power and influence had declined due to the loss of its charismatic and skilled leader. However, as the case of al-Qaeda shows, while terrorist groups may suffer periods of decline they are extremely resilient and adaptable. It is dangerous for the West to underestimate them; most terrorist groups experience resurgence.

Western governments' primary impediment to understanding al-Qaeda's resurgent power is their distraction with the most recent evolution in the global jihadist movement, ISIS. Their focus is unsurprising; despite al-Qaeda's involvement in Syria in the form of its faction Jabhat al-Nusra, ISIS successfully captured and held 34,000 square miles of territory in Syria and Iraq and implemented a pseudo-government structure in the towns and cities it controlled. No terrorist group had ever achieved this, despite al-Qaeda leader Ayman al-Zawahiri's avowed goal of creating a caliphate by “liberating all lands” from occupation by both non-Muslims and apostate rulers. Moreover, ISIS was able to attract and recruit a large conglomerate of foreign fighters from across the world, with an estimated 40,000 individuals joining the terrorist group from 110 countries.

As attention has shifted to ISIS, al-Qaeda has been quietly yet effectively resurging and, at the time of writing, has factions across the world, according to the work of several academics and terrorism experts, especially Bruce Hoffman. The organization possesses formal affiliates run by al-Qaeda commanders in Syria, Russia, Libya, Egypt, the Maghreb and Sahel, Yemen, Somalia, Afghanistan, Pakistan, India, Bangladesh, Myanmar, and Indonesia. While harboring the global, ambitious goal of expelling U.S. and apostate forces from Muslim countries, the pressure of U.S. counterterrorism measures forced al-Qaeda to focus on inspiring, rather than actively coordinating attacks abroad. Since 2011, the collapse of authoritarian regimes in the Middle East has created a power vacuum that many terrorist groups have capitalized on, including al-Qaeda and ISIS. Al-Qaeda exploited civic conflict and dissatisfaction in the months and years following the Arab Spring to establish factions across the region, including Jabhat al-Nusra in Syria.

However, the case of al-Qaeda demonstrates that we have been perhaps too complacent in assuming the end of terrorist groups, especially when key leaders or assets are destroyed. The presence of key commanders spread across a number of regions demonstrates that even under immense pressure al-Qaeda can successfully adapt its ideology to appeal to local grievances and absorb other unofficial jihadist groups. Shifting toward this decentralized model helped insulate the organization from the loss of members of core al-Qaeda. This strategy has allowed al-Qaeda to gain and maintain strength despite Bin Laden's death.

Therefore, despite ISIS's loss of territory, it is imperative that we do not assume that the terrorist group will simply collapse. In its current period of weakness, ISIS is likely to adopt a similar strategy. In fact, evidence suggests ISIS recognizes the importance of spreading its operations across different countries and creating alliances with local jihadist groups. As this author argued in a previous article in November 2017, ISIS is investing energy into expanding across Africa, establishing the Islamic State in the Greater Sahara and carrying out attacks in Niger and Burkina Faso. Additionally, one of ISIS's greatest strengths is its propaganda strategy that enables the spread of its influence to individuals and cells across the globe. This in itself demonstrates that the group should not be underestimated.

The United Kingdom (U.K.) serves as a poignant example of ISIS's continued influence since the fall of the caliphate. In the summer of 2017 it was revealed that the U.K. had more than 23,000 jihadists that were of interest to the U.K. security services. Of further concern is the return of foreign fighters, as an estimated 425 British Foreign Fighters had returned to the U.K. as of October 2017. In the same period, an estimated 271 returned to France and 300 to Germany. In all three countries, returnees are either imprisoned or have successfully evaded the attention of authorities. Despite the loss of their territory and the current absence of a clear command and control hierarchy, there is a chance that at least some of these returnees will attempt to carry out attacks in the West in the near future given their adherence to ISIS's ideology and newly acquired combat experience.

Furthermore, in 2017 alone, ISIS claimed responsibility for three terrorist attacks in the U.K.—Westminster, Manchester Arena, and London Bridge—when the group was territorially weak. In 2017, the group lost 60 percent of its territory. Despite losing resources and territory, the group's global brand and effective propaganda strategy can continue to inspire attacks in the West. ISIS has also used the tactic of lone-wolf terrorism to highly successful effect, as demonstrated in the Westminster attack. In a similar vein, but to a lesser extent, al-Qaeda has continued to influence and direct attacks even as ISIS assumed the mantle of the global jihad. In 2015, al-Qaeda in the Arabian Peninsula (AQAP) claimed responsibility for the Charlie Hebdo attack in Paris. In addition, al-Qaeda linked militants attacked a popular tourist resort in Mali in 2017, killing several tourists.

Given the number of independent sympathizers and small cells loyal to ISIS and the organization's proven ability to conduct highly effective and devastating attacks with unsophisticated resources and limited training, Western governments should not assume the destruction of central leadership and resources amounts to the end of the terrorist group. Al-Qaeda has, like ISIS, continued to carry out terrorist attacks across the globe, despite its perceived decline after 2011.

While prioritization and allocation of resources and time are key in counterterrorism, the case of al-Qaeda proves that we must not rest on our laurels and assume that periods of decline mark the complete destruction of terrorist groups. Both Al-Qaeda and ISIS underscore terrorist groups' adaptability in the 21st century, as both organizations maintain global, regional, and local influence in the face of immense, multifaceted, and sustained counterterrorism pressure. Western governments should, therefore, continue to monitor terrorist organizations as closely as possible as they fall in order to prevent conditions that would allow a “resurgence.”

Antonia Ward is an analyst in the Defence, Security and Infrastructure team at RAND Europe. Her research interests include counterterrorism, countering violent extremism (CVE), intelligence, and cybersecurity.

This commentary originally appeared on Georgetown Security Studies Review on April 9, 2018. Commentary gives RAND researchers a platform to convey insights based on their professional expertise and often on their peer-reviewed research and analysis.