Ending the 'Brogrammer' Culture: How to Close the Gender Gap 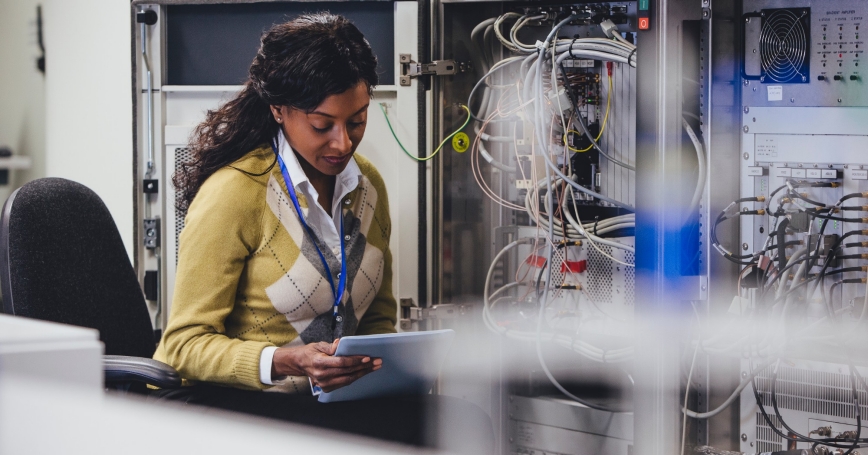 Despite recent progress, a gender gap in technology use still exists.

According to the Organisation for Economic Co-operation and Development (OECD) (PDF), there are 250 million fewer female online users than men worldwide. Women are also 21% less likely to own a mobile phone.

The gender gap in technology is reflected professionally, with women having fewer opportunities to work in technology-related careers. Women are significantly outnumbered in the global technology sector, representing only 30% of the workforce worldwide. The end result is what's been labelled as 'brogrammer' culture in the tech industry, consisting predominantly of men and claimed to be unwelcoming to women.

Reducing the gender gap in technology would not only provide societal benefits, but could also provide a boost to businesses and the wider economy. On a small scale, companies with a smaller technology gender gap show better performance in sales and a higher return on investment. On a far larger scale, if 600 million extra women were online worldwide then global GDP could be boosted by $18bn.

Governments can help by providing internet access to women at a more affordable price.

Finland has made it a legal right for its citizens to have internet access, the UK's 2014 Digital Inclusion Charter promoted wide-scale broadband access, and the US has allowed low-income homes to have broadband access for under $10 a month.

However, access alone is not enough to overcome the technology gender gap, with digital skills equally as important. Globally, women often face more barriers to developing their digital skills than men, according to the German Federal Ministry of Economic Cooperation and Development (PDF).

The lack of women with a formal IT education is part of the digital-skills issue. For example, female students' interest in computer science gradually drops over time, especially between the ages of 13 and 17. In higher education, the number of women studying computer science is falling, with women accounting for only 20% (PDF) of tertiary graduates in IT worldwide.

Therefore, it is important that women's needs are considered when creating education and training programmes, especially as, according to the OECD (PDF), technology is often designed by teams dominated by men. America's 'Girls Who Code' initiative, which aims to support the development of computer-science skills among school-aged girls, is one well-known programme trying to close the technology gender gap. The hope is that such initiatives will lead to clear career pathways for young girls in the field of computing.

After education, women then face the additional barrier of entering into and retaining careers in the technology sector. The number of female senior leaders is low across all sectors, but particularly in IT—just 9% of senior IT roles are held by women.

This might be partly due to women leaving at a much earlier stage of their careers. In the US, 60% of female professionals working in science, technology, engineering, and mathematics (STEM) leave in the first 20 years of their career (PDF).

Technology companies are already implementing initiatives designed to recruit more women and shift away from the male-dominated 'brogrammer' environment of the sector.

Amazon's Women in Innovation Bursary supports women from disadvantaged backgrounds to start careers in innovation and technology. Meanwhile, Sky (PDF) has implemented a number of changes to encourage women to apply for their jobs, with role descriptions being made more appealing to women, interview shortlists having to contain 50% women, and recruitment events being held specifically to encourage women to apply.

Initiatives have also been developed to overcome the lack of female role models in the technology sector. The success of the historical drama film Hidden Figures, which tells the story of three black women in the 1960s who worked at NASA, led to the creation of an international programme in 2017 called 'Hidden No More: Empowering Women Leaders in STEM.' The programme aims to bring together 50 female leaders from across the world that represent hidden talent in their sector to explore best practices in recruiting, training, and developing women in STEM, and brainstorming ideas to improve digital opportunities for women in their own countries.

The numerous programmes and initiatives highlight the fact that attempts have been made to reduce the global gender technology gap, but more can still be done. The societal and economic incentives are clear.

It is up to society, governments and technology companies to help close the gap through improving internet access, improving education opportunities, and improving career opportunities for women in technology.

Lucy Hocking is a researcher at RAND Europe, a not-for-profit research organisation. The piece is based on analysis that appeared on the Observatory for a Connected Society, an online platform for policymakers to explore technology's impact on society.

This commentary originally appeared on Public Technology on May 15, 2018. Commentary gives RAND researchers a platform to convey insights based on their professional expertise and often on their peer-reviewed research and analysis.