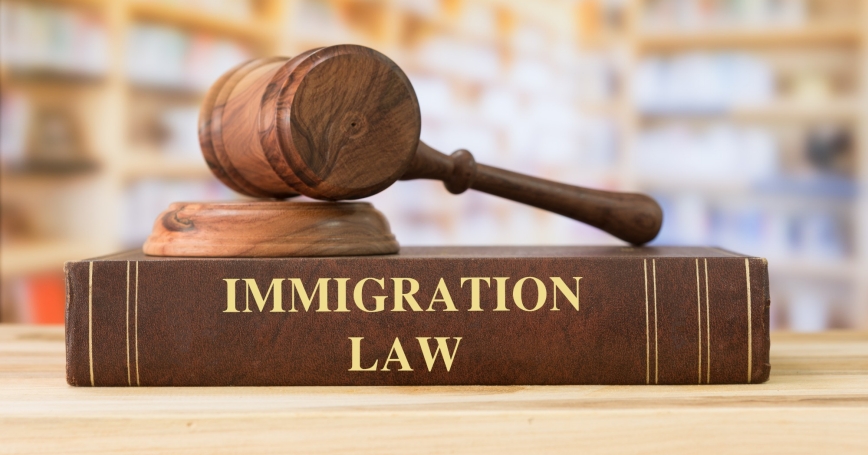 After Attorney General Jeff Sessions rescinded asylum protections earlier this month for victims of domestic violence, many in the immigrant advocacy community essentially observed that he had turned the clock back to the 1950s.

Sessions did so by reversing a 2014 decision by the Department of Justice that granted asylum to a Guatemalan woman based on the severe domestic violence she suffered in her home country. She had described how her husband had beaten her weekly, burned her with paint thinner and raped her. Despite repeated pleas for help, the Guatemalan police told her they would not interfere in a marriage. After determining she had been persecuted, and had been unable to escape from her abuser, an immigration review board (PDF) ruled she was deserving of protection in the U.S.

The attorney general's recent decision (PDF) called the abuse a “private crime” at the hands of a “private actor” because of “his preexisting personal relationship” with her. This reasoning is reminiscent of an era before many legal rights were granted to women—and when government and law enforcement officials offered outmoded and uninformed justifications for why domestic abusers could not be investigated, arrested, tried and convicted. The attorney general's decision also means the victim could potentially be deported back to Guatemala. Going forward, the ruling applies to all domestic violence victims seeking asylum protection in the U.S.

The decision is flawed, according to our review of the legal and behavioral science literature pertaining to asylum protection and domestic violence. The attorney general's analysis and conclusions contradict both U.S. immigration law and the robust science that documents the psychological and physical impact of violence against women.

For domestic-abuse victims, a first step toward recovery can be to seek asylum—and safety—in a country that can offer protection. In 1951, the U.S. signed the United Nations Convention Concerning the Status of Refugees, a treaty that delineated five grounds for asylum: race, religion, nationality, political opinion and membership in a particular social group. If an individual can show that he or she has suffered persecution based on one of the grounds, or has a well-founded fear of persecution in the future, the person has a legal right to apply for asylum in any nation that signed the treaty.

One ground noticeably absent from the list is “gender.” Experts have theorized that the failure to include gender was partly due to the social mores of the time and to a fear that large migrations of women might overwhelm a receiving nation. Since 1951, the U.S. and other governments have wrestled with claims of gender-based persecution through application of the “particular social group” ground.

Congress has not defined what constitutes a “particular social group,” but it is generally considered to be a group that shares a “common, immutable characteristic” such as “sex, color, kinship ties” or a “shared past experience.” Over the past few decades, those making domestic-violence asylum claims in court had to contend with this amorphous standard, sometimes winning and sometimes losing. The 2014 decision solidified asylum protections to women who suffered severe domestic abuse from which they were unable to escape.

The attorney general's decision means that these women are no longer members of a “cognizable” social group eligible for protection.

The attorney general's recent decision, however, means that these women are no longer members of a “cognizable” social group eligible for protection. The decision, and the supporting analysis, goes against decades of research on violence against women. For example, a 2012 study focusing on Latin America found that partner violence against women in relationships is widespread, ranging from more than 15 percent to more than 50 percent of women, depending on the country.

Based on the research, levels of violence of this magnitude are not explained by individual “misfortune” resulting from “private violence”—as the attorney general said in his decision (PDF). Rather, domestic violence occurs as the result of the complex influence of social, demographic, historical and personal factors that perpetuate abuse against women, according to research.

Additionally, some countries have long traditions of denying women fundamental human rights. These women, who are often poor, are marginalized into a distinct social group that experiences violence at a disproportionate rate. In contrast, the U.S. has provided legal protections for women via the Civil Rights Act and the 1994 Violence Against Women Act. These laws have bolstered law enforcement and services for women in the U.S. exposed to domestic violence.

In 2014, the Department of Homeland Security's position differed from the attorney general's June ruling. The DHS attorneys who litigated the case conceded—based on the facts and the underlying scientific evidence—that domestic violence victims were part of a social group, and therefore could be eligible for asylum if they could establish persecution.

If Congress chose to do so, the attorney general's decision to rescind asylum protections of domestic violence victims could be reversed by amending the asylum law to include the term “gender” along with other grounds like race and religion. Or it could choose to define the phrase “particular social group” by amending the law to include a non-exclusive list of (currently) common gender-based asylum claims, including domestic violence. Depending on the objectives of the bill sponsors, it is conceivable that list might include other claims such as forced prostitution, female genital mutilation, honor killing and sexual slavery.

Asylum is designed to provide safe refuge for people who have been persecuted, or have a well-founded fear of persecution based on fundamental human characteristics. These can be unalterable characteristics (such as race) or closely held beliefs (such as a political opinion). A key issue surrounding this recent decision is whether or not gender-based persecution is equally deserving of express protection under U.S. asylum laws. Many social scientists and researchers have found that one of the characteristics of a modern, advanced society is the extent to which it affords women fundamental civil rights and civil liberties. Amending U.S. asylum laws to expressly protect gender claims could strengthen these rights and liberties.

Douglas Ligor is a senior behavioral/social scientist at the nonprofit, nonpartisan RAND Corporation. Formerly, he was a Deputy Chief of the Northeast Law Division for the Office of the Chief Counsel, United States Citizenship and Immigration Services, Department of Homeland Security.

Lisa Jaycox is a psychologist and senior behavioral scientist at the RAND Corporation. Her research focuses on mental health consequences following traumatic life experiences and on interventions that aim to promote recovery.

This commentary originally appeared on The Hill on June 25, 2018. Commentary gives RAND researchers a platform to convey insights based on their professional expertise and often on their peer-reviewed research and analysis.