We Need a New International Order. Here's Why 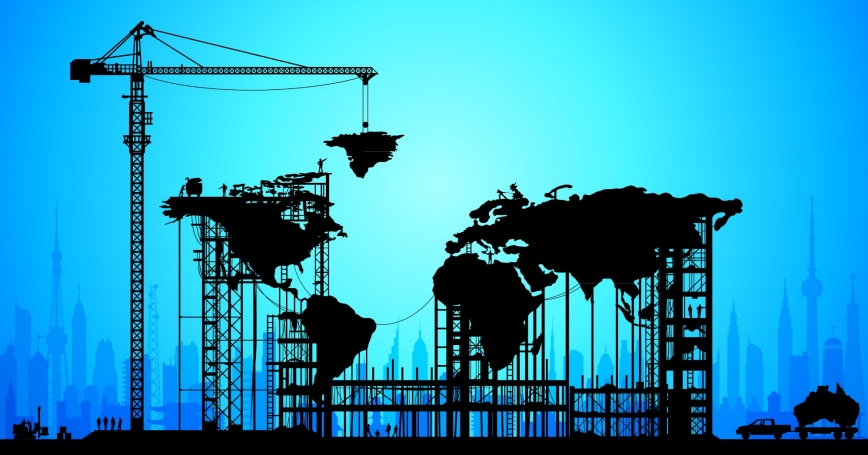 Few global issues have taken on more current importance than the future of the postwar, rule-based international order.

The roots of the order run back to the mid-1940s, when U.S. officials concluded that the United States should work to shape the postwar settlement in more structured, collaborative and rule-bound ways. They conceived of global organizations to promote collective problem-solving, avert protectionist impulses, and stabilize the world economy.

The resulting global institutions, processes, habits, rules, and norms inspired the rise of regional organizations and became what we now know as the postwar international order. The essential approach it reflects—nesting U.S. power in a shared multilateral order—has provided the basis for U.S. national security strategies since the 1950s.

Today, however, that order is under unprecedented strain, both within the societies of its leading members and from revisionist countries determined to change some aspects of how the order functions.

The question is whether the order retains strategic value, and whether such a vision can or should continue to shape U.S. strategy.

The question is whether the postwar international order retains strategic value.

A RAND Corporation research team recently completed a two-year project to answer these questions. The project produced six major research reports and over a dozen smaller analyses and essays.

Our work produced a number of major findings, which have now been summarized in a final overview report of the project. They include the fact that the postwar order has generated tremendous value for the United States and many other countries; that it retains impressive areas of resilience; and that challengers to the order, notably Russia and China, do not seek to destroy it so much as gain additional influence in its operation.

Perhaps our most important conclusion emphasizes the value of the postwar order. It has boosted the effectiveness of other instruments of U.S. statecraft, we found, such as diplomacy and military strength, and helped to advance specific U.S. interests in identifiable and sometimes measurable ways.

An excellent example is the global response to the 2008 financial crisis, a response that was both accelerated and facilitated by the principles, norms, institutions, and relationships fostered by the postwar economic order.

More broadly, the seven-decade rise of a shared order has had identifiable socialization effects: Our research pointed to incomplete but important hints of a lasting international community that has emerged among the order's leading member states.

Yet we also found that if a truly multilateral order is to be sustained, the U.S. predominance so characteristic of the current order must give way to a more multilateral system, one that takes seriously the sometimes-differing perspectives of other major powers.

Revisionist pressure against the order today is not as much opposed to the idea of multilateral rules and institutions per se as it is to U.S. hegemony over key aspects of the order. If the United States clings too tightly to a particular vision of specific norms, it is likely to accelerate the order's decay.

Our analysis of China's role in the postwar order did raise serious concerns. The history of its attitude and behavior toward the postwar order revealed many areas of progress, but China's determination to extend its influence beyond its borders and predatory trade practices imply that it might not be willing to respect the rules and norms of the order over time.

Both history and theory argue that such a risk amplifies the relevance of a multilateral, rule-based order. It lays out the standards we expect countries like China to uphold, and it offers the most powerful tool available to rally multilateral pressure for shaping China's behavior.

Our study concludes that, in part because of the emergence of an era of more distinct rivalries, leading a revised, more complex multilateral order continues to represent the grand strategy that best serves U.S. national interests.

Multilateral responses to rising challenges will be more effective than unilateral ones—and more importantly, without the benefits and legitimacy conferred by such an order, vibrant U.S. global leadership will become financially and strategically unaffordable.

This commentary originally appeared on World Economic Forum on June 21, 2018. Commentary gives RAND researchers a platform to convey insights based on their professional expertise and often on their peer-reviewed research and analysis.