A Look at NATO Funding 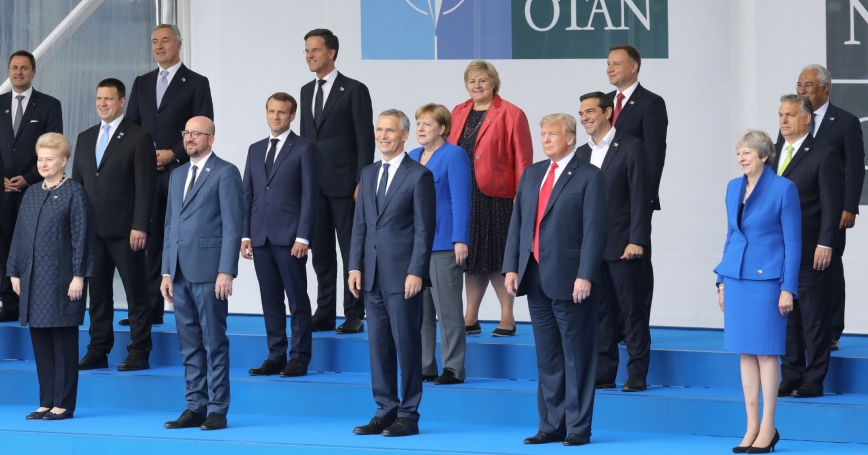 Heads of state ahead of the opening ceremony of the NATO summit, at NATO headquarters in Brussels, Belgium, July 11, 2018

The United States defense budget is larger than the combined total of its NATO allies, but the bulk of that, perhaps 75 percent, is devoted to the defense of Japan, South Korea, Thailand, Saudi Arabia, Israel, Afghanistan, Iraq other allies and partners in Asia and the Middle East and of course the continental United States.

Since 2011 the Obama administration, with an eye on China, pursued a policy of “rebalancing” toward Asia. Although the Trump administration has dropped the term, a glance at its 2017 National Security Strategy (PDF) shows that the emphasis on Asia, the Middle East and Afghanistan remains.

Although NATO Europe already outspends Russia two-to-one, more could be done to defend the most exposed areas of the alliance, those bordering or near Russia.

NATO should continue to improve its capacity to mobilize and move forces to these threatened areas. Some of this would require more money, for instance to increase readiness and improve rail, roads and bridges leading East. Other important steps can probably be done within existing budgets, to include larger and more frequent exercises east of Germany and removing administrative and regulatory barriers to the rapid movement of forces across national borders in times of emergency.

Presumably President Trump has been informed that European defense spending has been rising since 2014, that NATO's 2 percent of GDP target for defense spending is a goal, not a commitment, and indeed a goal to be reached by 2024, not a standard allies have already failed to meet. The consistent mischaracterization of this target derives, therefore, not from a misunderstanding but rather from what appears to be a calculated strategy of disruption of the sort already applied to other spheres of the international order, notably trade and the environment.

What is absent so far is an explanation of why the United States should want to disrupt its longest and largest alliance relationship, perhaps the single most important bulwark of its global leadership.

This commentary originally appeared on Inside Sources on July 12, 2018. Commentary gives RAND researchers a platform to convey insights based on their professional expertise and often on their peer-reviewed research and analysis.