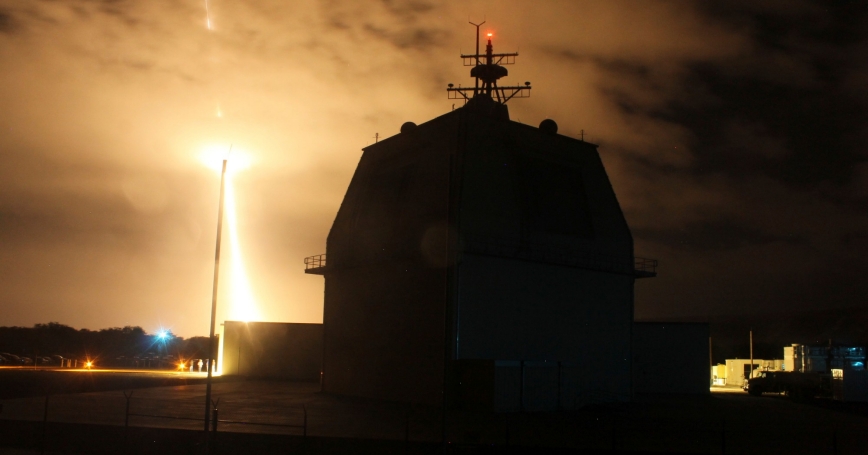 The discussion in Japan about the proposed Aegis Ashore missile system has not been going well for the government. It may be a sensitive subject, but there are good reasons the government may want to be steady and firm in its approach.

The government's plan is to install the Aegis Ashore system in the Akita and Yamaguchi prefectures. The objective is to strengthen Japan's defenses against North Korean missiles, be they nuclear or conventional. The initial idea was to have the system become operable by fiscal year 2023.

Yet, over the past few weeks, many debates have stalled forward movement on the entire plan. One concerns cost. Although the government said it will cost 80 billion yen per unit, taxpayers are concerned the costs will snowball in the coming years, especially as these are U.S.-made systems. One is rationale. Both leadership and residents in these prefectures want to know why their prefectures were chosen. Another is health. Many residents in the areas close to proposed deployment sites have voiced concerns over the system's radar. Their concern is that the strong radio waves from that radar could be harmful.

A fourth concern that sits apart from these can best be called emotional, and one that the government needs to counter more effectively. Both residents and politicians in the Diet have questioned the need for the system given the continuing détente on the Korean Peninsula. For them, as tensions continue to ease on the Peninsula, there is a reduced necessity for the system.

This concern is rash because the ballistic missile threat from North Korea has not dissipated. While Pyongyang made several vague promises to Seoul and Washington, it has made no concrete moves to abandon its nuclear or missile programs. For Japan, the threat that it faced prior to this year's summitry remains the same. Until evidence is obtained of Pyongyang undertaking complete, verifiable and irreversible dismantlement of its nuclear program, as well as its missile program, the system remains a crucial addition to Japan's defense.

For nearly 20 years, Japan has used the North Korea threat as a legitimate rationale to build its missile defense system and cooperate closely with the U.S. in its development. This argument remains as true today as it did before the flurry of regional diplomacy began earlier this year.

Japan can still benefit from a reinforced missile shield vis-à-vis North Korea. At a time when Japanese defense planners are considering the full spectrum of threats facing Japan and revising Japan's national defense program guidelines and mid-term defense plan, it is imperative to keep sight of the most immediate threat. Although there is a current lull in missile launches and bellicose rhetoric from North Korea, the North Korean threat remains unchanged. While it is tempting to hope for the current trend of North Korean behavior to continue, until concrete steps are taken by Pyongyang to demonstrate it is no longer a threat to its neighbors, Japanese leaders must consider all the possible means to defend Japan from the North Korean threat, including the Aegis Ashore system.

A version of this commentary originally appeared on yomiuri.co.jp on August 14, 2018.