The Military's Search for Innovation 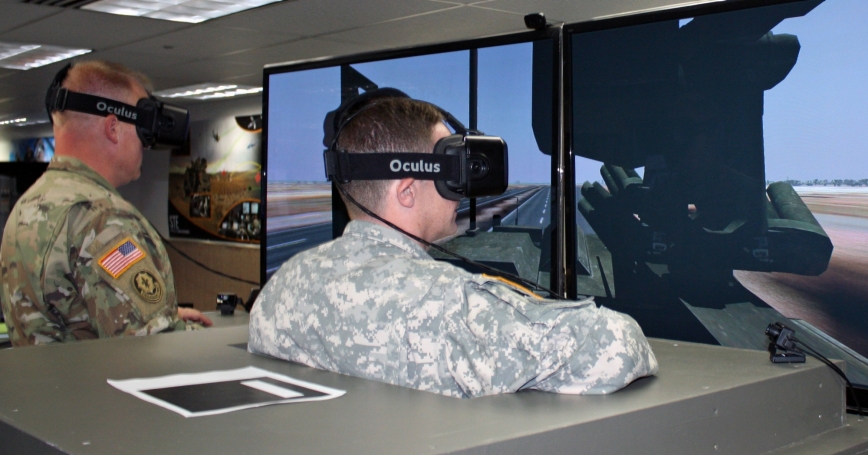 The search for innovation has been seen throughout military history. Militaries have historically sought ways to incorporate new weapons, armaments and methods of fighting into their operations. However, in looking through the lens of history, it is at best unclear whether technology or operational necessity has led the innovation that has driven these advances. With increased emphasis today on innovation, considering this background could be beneficial in looking to the future.

The 1958 establishment of the Advanced Research Project Agency or ARPA (later changed to Defense ARPA, or DARPA) resulted from the strategic surprise of the Soviet launch of the first artificial satellite in 1957. Since its establishment in 1958, DARPA has used an innovative approach to “creating breakthrough technologies and capabilities.” This approach benefited from a “constant stream of novel ideas and contributions from innovators looking beyond what is possible.”

In the 1990s, the military used the concept of a revolution in military affairs (RMA) to rewrite doctrine, change organizational structures and procure weapons systems (PDF). In the late 1990s, RMA was displaced by transformation. These approaches seek to identify future threats and modernize the military to gain strategic and tactical advantages over envisioned adversaries and competitors.

Today, the U.S. military is pursuing innovation in looking to address future threats and for modernizing its forces. In 2015, the U.S. Department of Defense (DoD) founded the Defense Innovation Unit Experimental (DIUx) to assist the military in making faster use of emerging commercial technologies. The DIUx seeks to take advantage of the shifting nature of technology development where commercial refresh cycles outpace military research and development that once focused exclusively on capabilities for military use. Each of the military services is pursuing similar innovation organizations. Most recently, the U.S. Army announced a new four-star command in Austin, Texas, called the Army Futures Command to bring greater innovation for its modernization efforts.

As the military continues to vigorously pursue innovation, history has provided important lessons which can help guide future innovation efforts.

First, at its core, innovation is about ideas. Establishing dedicated centers with typical military hierarchies does not guarantee innovation. Nor does having regular and sustained interface with scientists, engineers, academia and industry; the military has had these relationships in the past and has not necessarily seen widespread innovation as a result. Innovation also implies that no one—regardless of rank or position—is the exclusive source of innovative ideas. Novel ideas and outside-the-box thinking can come from any part of the organization, its stakeholders, or even externally.

Second, innovation results from remaining connected to the operational problem that needs to be solved. In other words, innovation should relate directly to an operational requirement. This could become challenging with innovation centers geographically separated from the operators. To mitigate this concern, members of these innovation centers could serve as translators between the operators and the industrial and academic institutions with which they are seeking to collaborate—in short, these translators could seek to bridge the gap and allow innovation to cross the so called “valley of death” that can exist between sectors.

Third, innovation should not be allowed to become synonymous with only procurement or acquisition of new military hardware or software. Innovation results from novel ideas that provide benefit for operational missions. As such, innovation could equally result from changes to operational concepts, business process reforms, changes to policy or organizations, new training methods, or other non-hardware items.

Fourth, while novel thinking is useful across a wide cross-section of military endeavors, not all areas of interest to the military are likely to benefit equally from more rapid deployment of emerging technologies. For example, DIUx focused on five areas (PDF): artificial intelligence, autonomy, human systems, information technology, and space. These areas are noteworthy as each has important commercial applications where industry is leading in research, development and investment.

Finally, culture will undoubtedly be among the most important attributes for innovation to succeed. Some leaders have sought to emulate innovative companies where dress codes include hoodies and jeans at work. However, leaders are likely to find that dress codes are less important than the willingness to take chances, openly share ideas and even fail in the pursuit of innovation. Innovation calls on occasion for risk taking, bending of the rules and pushing limits, if necessary.

In the processes of looking for innovative solutions, traditional thinking and norms will undoubtedly be challenged. The DIUx, for example, has already called into question the applicability of the federal acquisition rules and could “revolutionize the way defense contracts are awarded” in pursuit of high-tech innovation. DIUx has also increased use of prototypes and leveraging of partner funding to increase the pace of innovation and access to commercial technologies.

The 2018 NDS strategy identifies a return to strategic competition, and the department's leadership has called for innovation as a prerequisite for addressing the eroding capability advantages. The Army Futures Command, DIUx, and other initiatives are steps in that direction. As it presses forward, DoD would do well to keep in mind these lessons of history.

This commentary originally appeared on RealClearDefense on August 13, 2018. Commentary gives RAND researchers a platform to convey insights based on their professional expertise and often on their peer-reviewed research and analysis.