Reforming Security Assistance: Why the State Department Can't Lead from Behind 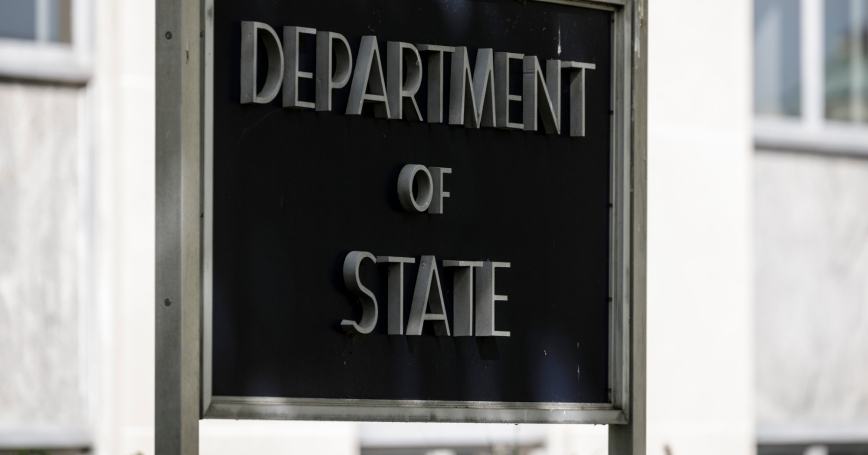 While the media focuses on America's high-stakes diplomatic engagements with North Korea, Iran, China and Russia, there is another part of the State Department quietly spending billions of dollars to help over 100 countries around the world improve their militaries, border guards and police.

The goal is to make the world safer and advance U.S. security interests. But is it working? For the most part, we don't know. Studies by the RAND Corporation have found evidence of potentially powerful returns on investment but also significant risks.

Skeptics can point to many horror stories about American military equipment rotting in storage depots or being misused and U.S.-trained officers becoming dictators, coup plotters and human rights abusers.

The State Department has oversight for all foreign assistance, including security assistance. Since 9/11, however, Congress has given the Pentagon significant increases in funding and authorities to cooperate with security forces around the world.

If Secretary of State Mike Pompeo and members of Congress don't take steps toward reform, State may find it increasingly difficult to maintain this important leadership role.

Several of the laws that authorize these programs are outdated, disjointed and inhibit agility and long-term planning. A review of security assistance authorities could go a long way toward clarifying congressional priorities and expectations in an international security environment that grows increasingly complex.

For example, rather than reform the 42-year-old law that prohibits security assistance to foreign law enforcement, Congress simply provides a steady stream of waivers and exemptions, to the tune of about $2 billion annually.

To what extent does Congress want the State Department to strengthen foreign police forces, border security officers, counterterrorism units and counter-narcotics investigators? What priorities and restrictions do they desire on this assistance? It's hard to say.

RAND's 2016 report, From Patchwork to Framework: A Review of Title 10 Authorities for Security Cooperation, identified similar problems for the Department of Defense (DoD), analyzing a convoluted patchwork of over 100 DoD authorities, many of which had been created or strengthened in the wake of 9/11.

In 2017, Congress consolidated and reformed many of these authorities and created new reporting requirements to improve DoD's assessments of what's really required, monitoring of progress and evaluation of outcomes.

Defense has greater authority now to re-prioritize resources from one country to another or one activity to another as it deems appropriate. In exchange for that flexibility, DoD has the responsibility to report more clearly on what's working and what's not.

The State Department's second challenge involves planning. For example, FMF funding is allocated to individual partner nations, who tell the U.S. what equipment and services they would like, and U.S. officials decide whether to approve the request.

Parallel discussions take place among different officials about peacekeeping, counter-narcotics, counterterrorism and other programs, each with its own planning processes and congressional reporting requirements. While there is certainly coordination along the way, there is often a transactional, disjointed feel to the process.

In our RAND report, New Security and Justice Sector Partnership Models, we argued that security assistance is more likely to succeed by identifying and pursuing common interests with partners rather than through rewards and threats.

We designed a model—the Enhanced Partnership Planning Model, which focused on improving collaborative action—to serve as a flexible framework that could support tailored, rigorous security-sector planning and evaluations by the full spectrum of U.S. and partner stakeholders.

But the State Department is responsible for all foreign relations, security and otherwise, so how can it strengthen its leadership role? Here are three suggestions.

Congress and State Department officials could consider how best to provide State with greater flexibility to focus regionally rather than bilaterally, respond to urgent and emergent threats and work with both military and civilian security forces.

As part of these reforms, Congress could provide updated guidance on its priorities and reporting requirements.

Come up with a better plan. Even the best country strategy will be hindered by disjointed execution and oversight. State needs to designate a single official with real authority to plan and prioritize security assistance efforts globally.

Moreover, partner governments should be involved in planning and evaluating security assistance from the very beginning, but with joint ownership come expectations of measurable, mutually-beneficial results.

U.S. officials should insist on clear outcome indicators, based on common security interests, and be ready to turn things off if the plan isn't working.

Prioritize what works and direct resources toward those successes.This requires a solid framework for assessment, monitoring and evaluation. For example, focus on train and equip activities that support high-priority goals and reliable partners.

Military education and professionalization programs (which account for less than 1 percent of security assistance funds) could be expanded because they are relatively low-cost and aimed at long-term alignment of U.S. and partner interests, including respect for the rule of law and human rights.

The reforms in the 2017 National Defense Authorization Act are driving the Department of Defense to improve its security cooperation planning so that DoD can provide Congress and Defense Secretary James Mattis better information about which investments in partner countries are working and why.

Similar reforms for the State Department could enable leaders there to more effectively communicate the value of security assistance and maintain their traditional leadership role.

Michael McNerney and Jennifer D.P. Moroney are senior researchers at the nonprofit, nonpartisan RAND Corporation. They have over 40 years combined experience managing and analyzing security assistance and security cooperation programs.

This commentary originally appeared on The Hill on September 5, 2018. Commentary gives RAND researchers a platform to convey insights based on their professional expertise and often on their peer-reviewed research and analysis.