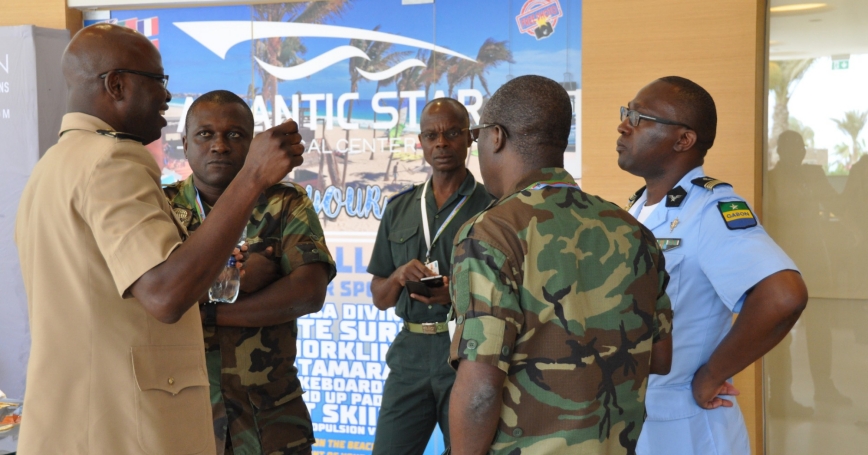 by James A. Schear

As U.S. defense policy shifts toward a sharper focus on America's strategic competitors like China and Russia, the perennial question of how best to address instability and extremist violence in other conflict-affected regions, most notably the Middle East and Africa, is also receiving heightened scrutiny.

Partnering rather than direct intervention is bound to be the U.S. preference in these regions, to be sure, especially when willing and able partners can act responsibly to restore security and exert a positive stabilizing influence. But what types of security sector assistance can best enable U.S. partners to maneuver into that willing and able space?

Operational proficiency via U.S. training and equipping programs has long been paramount, especially when confronting urgent and emergent threats posed by terrorist groups or other predatory actors. While U.S. advisory presence on-the-ground is likely to shrink, especially in Africa, the kinetic imperative won't change.

That said, several security assistance innovations are gaining visibility. U.S. practitioners are developing methods to more rigorously assess, monitor and evaluate how well U.S. partners are absorbing assistance, and how these recipients can best sustain investments over the longer term. Institutional capacity-building is also getting more attention, aimed at helping partners improve their ministerial-level management and oversight of financial and human resources while also ensuring that military operations are conducted responsibly.

So, what's missing here? A greater emphasis on civil society engagement might be warranted. As we have learned from our own on-the-ground experiences, civil-military dynamics can be hugely consequential in conflict-riven societies, where anxieties and confidence deficits loom large. When local communities see groups of armed fighters they don't recognize transiting thru their neighborhoods, anxious residents are bound to wonder: are these guys predators or protectors? And even for U.S. partners whose intent is to secure and stabilize these areas, local support cannot be presumed.

These partners struggle with two vexing challenges in fragile state settings. The first falls under the rubric of countering violent extremism (CVE). As has been seen in venues such as Syria, Iraq and Somalia, U.S.-enabled partners can break the territorial hold of terrorist groups like ISIS and al-Shabaab. But their next step—securing and stabilizing the communities they've liberated—is proving to be very difficult, especially amidst fears regarding yet-to-be-cleared explosive hazards as well as residual terrorist cells who can still hit soft targets.

The second, longer-term challenge connects more directly to post-conflict “day after” transitions. Imagine a future moment in history when a fragile peace breaks out in places such as Yemen, Libya or South Sudan. As fighting ebbs, the sheer number of ex-combatants will likely exceed any reasonable sizing for a recovering country's security sector, and erstwhile fighters attempting to shift back into civilian life may also be susceptible to transnational actors whose malign influence and cash payments could recruit them back as spoilers.

Given this reality, how might the United States adapt its security sector assistance to help partners navigate through these transitional moments?

A comparatively low-cost, high-payoff option would be to ramp up a civil works capacity-building initiative aimed at providing soldiers or ex-fighters with vocational training in basic engineering skills. Once trained, they could flow into military engineering units working on road construction, rubble and unexploded ordnance removal, water supply management, disaster relief, and public infrastructure maintenance more generally. They'd be productively employed, paid and unarmed while also honing skills that could help them eventually transition into the private sector.

In Africa, Senegal is often highlighted as a positive case where the country's military engineers—operating under their “L'Armée-Nation” banner—have built and maintained the country's public infrastructure, to include its healthcare, education, and environmental management sectors. Other African and Asian countries have navigated in a similar direction, often to the benefit of rural communities with poor access to transportation corridors and limited opportunities for economic growth. Such investments offer a pathway toward greater stability by winning the trust and confidence of local communities in the short term while also contributing to a fragile state's socio-economic recovery over the longer term.

To be sure, greater civil works investments are no panacea. When deploying into a CVE-centric mission, military engineers can't operate solo. They need to coordinate closely with security forces operating against terrorist remnants as well as civilian experts working on early recovery projects.

There also could be an agreed understanding of public-private sector partnering. Specifically, under what circumstances should national leaders call upon military units rather than private sector contractors to perform civil works tasks? Some templates for a constructive civil-military division of labor already exist, but these could be further explored. And finally, the resource flows into and out of these projects could be managed in a transparent, accountable fashion to mitigate the ever-present hazards of fueling corrupt behaviors.

Ultimately, the way ahead for civil works capacity-building is not without its challenges. But in today's venues that are plagued by extremist violence and irregular warfare, fostering civil society's trust and confidence isn't just an ancillary benefit. It could instead be a targeted outcome.

James A. Schear is a senior political scientist at the nonprofit, nonpartisan RAND Corporation.

This commentary originally appeared on RealClearDefense on October 16, 2018. Commentary gives RAND researchers a platform to convey insights based on their professional expertise and often on their peer-reviewed research and analysis.