The Khashoggi Case and the Cost of Subcontracting U.S. Policy 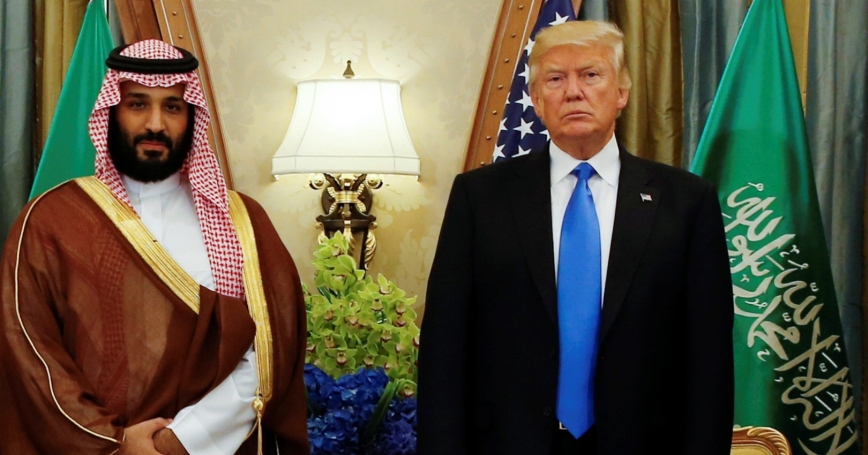 The Trump administration has largely chosen to shape its policies toward Iran around Israeli and Saudi objectives. Put simply, these objectives are to eliminate Iranian influence anywhere in the Arab world and to prevent Iran from ever reviving even the civil aspects of its nuclear program.

Prior American administrations, Republican and Democratic, have pursued similar objectives, but not to the exclusion of other goals in the region.

In particular, while siding with Israel and Saudi Arabia in their competition with Iran, prior administrations have also sought to moderate Israeli and Saudi behavior when that threatened regional stability.

American presidents have thus discouraged the spread of Jewish settlements into the Palestinian populated occupied territories and criticized the propagation of Saudi style religious intolerance throughout the Muslim world.

Neither of these long-espoused and distinctly American goals have featured heavily in the Trump administration's Middle East diplomacy.

Now, Saudi Arabian officials have been caught not just sponsoring, but conducting a blatant terrorist attack, the abduction and killing of the Saudi dissident, American resident and Washington Post columnist Jamal Khashoggi.

Terrorism is defined as the attack on innocent civilians in order to achieve political ends, typically the intimidation of a wider population. There seems little doubt that the attack on Khashoggi was intended not just to silence one regime opponent but to intimidate the rest.

Each year, the State Department publishes an extensive report of terrorist attacks around the world. Each year, Iran is identified as the world's chief state sponsor of terrorism.

Yet, each year, the largest number of terrorist attacks cited in that report are attributed by the State Department to Sunni extremist groups opposed to both Iran and the United States.

The United States cannot afford to have its reputation depend on the behavior of others.

This does not belie the fact that Iran does sponsor terrorist attacks. But it does mean that Saudi Arabia has long sponsored a version of Islam that a much larger number of terrorists cite in turn as the justification for their actions.

The implications of the Khashoggi case for American policy in the region have yet to play out. There are good reasons for it not to lead to a complete rupture of cooperation with Saudi Arabia.

That government has, for instance, been moving to curb the most extreme forms of proselytizing that it had previously supported. Its intelligence services, implicated as they may be in Khashoggi's death, cooperate with those of the United States in defending both countries from terrorist attacks.

At a minimum, the United States needs to move back toward a distinctly American policy toward the Middle East, one which can be distinguished from that of its local partners.

The United States cannot afford to have its reputation depend on the behavior of others. Nor, as this incident illustrates, does providing a carte blanche ultimately benefit the recipient.

Both the American and Saudi leadership would have been much better off in this instance had Washington been consistently urging greater restraint and more vocally criticizing earlier aberrant Saudi behavior, notably last year's seizure and intimidation of Prime Minister Saad Hariri of Lebanon, who was detained and forced to resign his office, only to renege on his return home.

This behavior alone should have persuaded U.S. officials that the new Saudi leadership could not be trusted to safeguard its own, let alone America's good name.

James Dobbins is a senior fellow at the RAND Corporation and a former assistant secretary of State.

This commentary originally appeared on The Hill on October 23, 2018. Commentary gives RAND researchers a platform to convey insights based on their professional expertise and often on their peer-reviewed research and analysis.