How U.S. Gun Laws Allow Mass Shooters to Slip Through 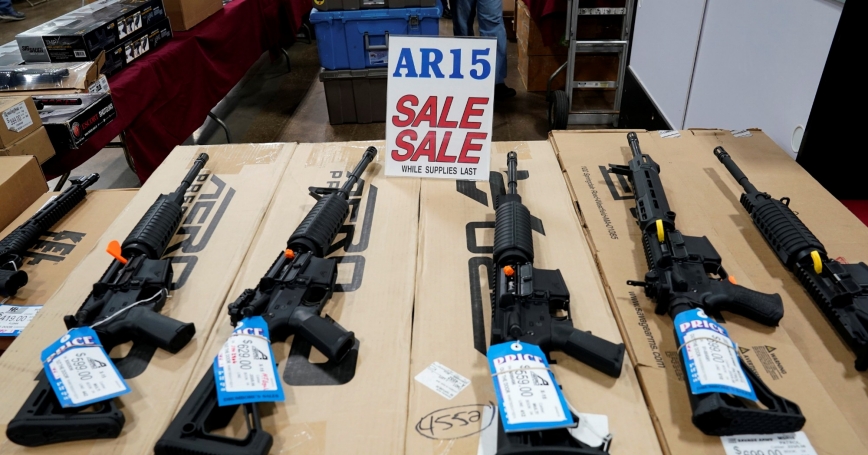 AR-15 rifles are displayed for sale at the Guntoberfest gun show in Oaks, Pennsylvania, October 6, 2017

Recent history shows that mass killings in the U.S. don't follow a single script. But there is one common element shared by many of these tragedies: legal access to semiautomatic guns.

Domestic terrorists such as the mass shooters in Thousand Oaks, Pittsburgh and Parkland, Fla., come from different demographic backgrounds and have different characteristics. Few reforms are likely to stop them all.

But all three killers used semiautomatic guns, which research has shown are more lethal on average in terrorist attacks than explosives or other weapons. And all three managed to kill and injure more people than the terrorist who mailed homemade pipe bombs to high-profile targets in October.

Yet America's debate about gun laws continues to center on modest proposals, such as raising the legal age for gun purchases and allowing more time for background checks.

Some of these measures may benefit public safety, as RAND Corp. research demonstrated earlier this year. But on the whole they would not address attacks by mass shooters who do not have a previous criminal record and who kill with legally purchased semiautomatic weapons. The Pittsburgh shooter had no criminal record and used weapons that were legally purchased and registered in his name.

Recent studies have shown that domestic terrorist attacks carried out with guns are on the rise in the U.S., and that guns are the most lethal weapons terrorists use. From 2002 to 2014, 85% of people murdered by terrorists in the U.S. were killed with guns. Worse, more of those terrorists are using semiautomatics, which shoot more bullets in a fixed amount of time and are roughly twice as deadly as other guns.

The three most lethal domestic terrorist attacks since 9/11—the 2016 Pulse Nightclub attack in Florida, the 2015 San Bernardino shooting and the 2009 attack on Ft. Hood Texas—were all carried out with high-capacity semiautomatic weapons.

None of those attackers were under 21. None were stoppable through criminal background checks. And none committed their attacks during proposed additional wait times to buy a gun.

The three most lethal domestic terrorist attacks since 9/11 were all carried out with high-capacity semiautomatic weapons.

Domestic terrorists are increasingly exploiting lax gun laws. Even when the FBI does a background check and finds that someone with terrorism ties is attempting to purchase a gun, it almost always allows them to complete the purchase, government data show (PDF). Current federal law requires only that registered dealers run a background check through the FBI, and even then, the FBI can delay the sale for only 72 hours.

One way to counter this threat would be to strengthen the FBI's ability to put and keep individuals on the federal terror watch list, and to grant the agency the authority to deny the sale of semiautomatic guns to people on that list.

But terrorists can evade the watch list by buying a gun online or at a gun show. They can also get less-suspicious accomplices to privately sell them weapons, as the San Bernardino attackers did. And many aspiring mass killers, including the Pittsburgh and Parkland shooters, still wouldn't end up on the list at all.

Another alternative is to close the private gun-sales loophole. To do so, Congress would have to legally mandate universal background checks for any gun purchase and create a federal registry for certain types of semiautomatics. That would constitute a significant expansion of active government control over firearms. But though it might catch known terrorist sympathizers and affiliates, U.S. citizens would probably slip through, since they are unlikely to be on terror watch lists.

A prohibition on sales of particularly lethal semiautomatics, such as the 1994 assault weapon ban, and on related assault weapon technologies (bump stocks, high-capacity clips and fast-clip replacement mechanisms), would make it much harder for terrorists to obtain their most effective means of killing.

Such a ban would be controversial, to be sure. Policymakers would be forced to weigh restrictions on the ability of law-abiding citizens to buy those weapons against a potential reduction in deadly mass shootings.

Benjamin Bahney is an adjunct policy analyst at the nonprofit, nonpartisan RAND Corporation.

This commentary originally appeared on Los Angeles Times on November 15, 2018. Commentary gives RAND researchers a platform to convey insights based on their professional expertise and often on their peer-reviewed research and analysis.