Ethics of Germline Editing Must Keep Up with Technology 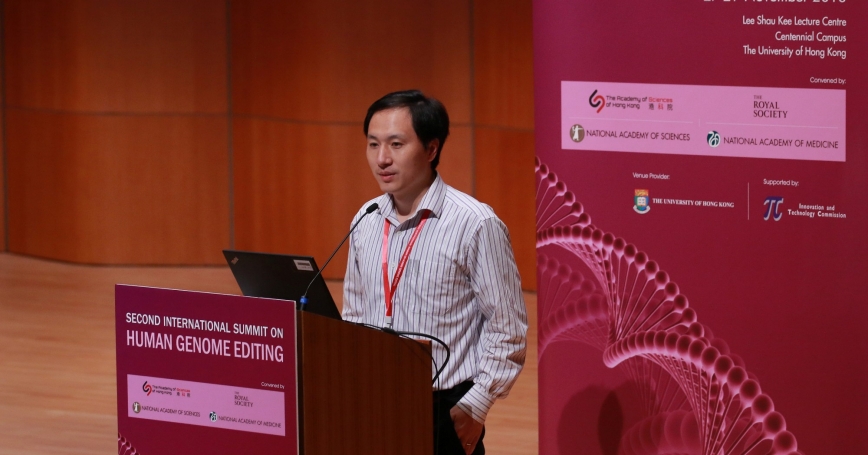 At the recent Second International Summit on Human Genome Editing, the world was awakened to news of the birth of twin genetically engineered babies. The announcement—on the heels of several other recent events—suggests that if moving forward with germline editing is to proceed, it should be done cautiously, only after a scientific, ethical and social consensus can be reached.

In a statement, conference organizers said the work was “irresponsible and failed to conform with international norms.” Concerns included “an inadequate medical indication, a poorly designed study protocol, a failure to meet ethical standards for protecting the welfare of research subjects, and a lack of transparency in the development, review and conduct of the clinical procedures.” At the same time, the conference statement suggested the need for a “rigorous, responsible” pathway that could allow for germline editing when the technology is more advanced.

The 2015 European Union and Russian bans on cultivation of genetically modified organisms for use in agriculture indicates these sensitivities are not new. However, there are also signs the norms are changing. A 2015 U.K. parliamentary vote granted authority for the 2018 mitochondrial replacement therapy procedure, resulting in the world's first three-parent baby. This procedure highlights how far the technology has progressed, as well as the importance of proper guidelines.

Scientists have conducted DNA modifications since the early 1970s, yet mainstream interest in genome editing is now surging. Several factors account for this interest. The benefits are clearly coming into focus, including the potential for improving quality of life, curing disease, increasing agricultural yields, developing environmentally friendly biofuels and using biotechnology to offset the effects of climate change. The development of the clustered regularly interspaced short palindromic repeats and CRISPR-associated protein 9 (CRISPR-Cas9) technology has made gene editing “faster, cheaper, more accurate and more efficient,” as well as more accessible. And the economic benefits of gene-editing technologies are clear as well, with one prediction that CRISPR alone will be a $10 billion market by 2025.

To date, most of the work on genome editing has focused on somatic or non-reproductive cells, with an interest in gene therapies such as treating diseases caused by mutations, introducing functional versions of genes into a cell, or introducing genes which would inhibit expression of other genes. Such edits would only have targeted effects in specific organs and would not be passed to future generations.

However, genome editing also holds the “promise” of being able to confer desirable traits on offspring through the editing of the egg and/or sperm cells, where such modifications would be passed to future generations. It is this second type of genome editing—germline editing—that is of the greatest concern in this debate. Key issues include the incomplete understanding of the complexities of the human genome, ethical questions regarding the effects on future generations and social pressures or eugenics.

Preventing germline editing from advancing unchecked is about more than the current controversy created by the announcement of the birth of these twins. Gene-editing technology—including manipulation of the human germline—is advancing rapidly, yet the standards and regulations to govern its use have not kept pace. Calls by conference organizers to identify a transitional pathway for germline editing indicate a willingness to move forward under the appropriate conditions, and several guideposts could be helpful in considering this issue.

First, allaying concerns about human genome editing will likely require both bottom-up and top-down approaches. This would involve getting support at the bench level where science is conducted, at the institutions supporting these studies and at national and international levels. The focus should be on promoting legitimate and prudent science, while preventing dangerous, ill-informed or unethical experimentation.

National and international deliberations could form the basis of the work that human germline editing studies. Development of scientific, ethical and social consensus principles for conducting germline editing could help prevent moving forward before prudent guidance is established.

It should be made clear that scientific norms governing human subject research should also apply to genetic research. These include institutional oversight and compliance mechanisms—including all ethical standards, policies, regulations and laws—which would be critical before, during and after a study. Before being conducted, a study could be briefed to and approved by the institutional biosafety committees that oversee the facility. Compliance checks, both announced and unannounced, could be conducted by the laboratory leadership to assess the quality of the science being conducted and the risk-reduction measures that have been put in place. Following the study, the institutional oversight could ensure that the results are well-documented and provide benefit to others.

Codes of ethics, proper training and education and risk-based assessments prior to the initiation of any human germline editing also could be implemented for all researchers involved in such work. To limit risks and prevent unintended consequences, the science should be well understood by those conducting the research and best practices and the highest scientific standards employed.

Still, the history of technology suggests researchers will continue to push scientific limits and provides ample evidence of accidents or misuse that has occurred. The history also suggests that a permanent ban in this area is unlikely to be successful and, therefore, reasonable approaches that allow for scientific discovery, technological advancement and prudent risk should be considered.

Daniel M. Gerstein works at the nonprofit, nonpartisan RAND Corp. and is an adjunct professor at American University. He was the undersecretary (acting) and deputy undersecretary in the Science and Technology Directorate of the Department of Homeland Security from 2011 to 2014.