Helping Lebanon Succeed Is More Than About Countering Iran 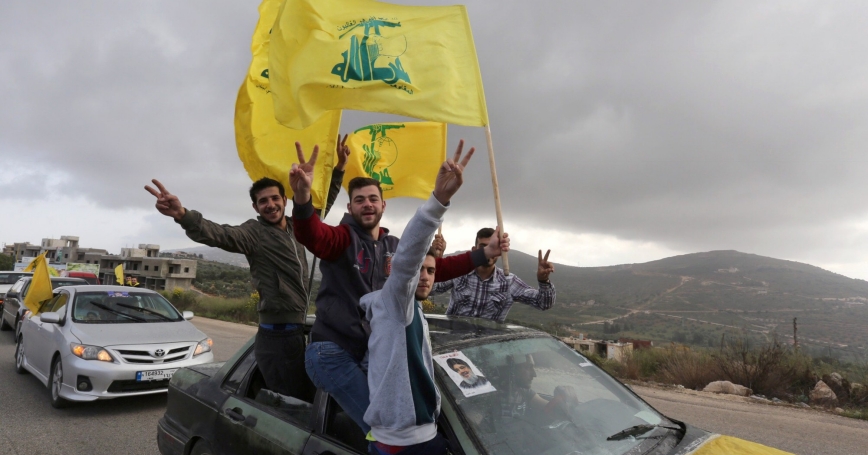 As tensions increase on the Israeli-Lebanese border following the discovery of Hezbollah-built tunnels last month and with President Donald Trump announcing a withdrawal of U.S. forces from Syria, the possibility is growing that a confrontation with Iran may move from Syria to Lebanon. Lebanon is increasingly viewed within the prism of containing Iranian influence, mainly as an arena to pushback on Iran's key nonstate ally Hezbollah. But turning Lebanon into a new front against Iran would be a mistake.

Instead, American policymakers would be wise to engage Lebanon on its own terms. That is, as an important American partner and a rare example of a Middle East country with religious coexistence and a functioning democracy, albeit with the flaws and deadlocks inherent in a confessional political system. Yes, Hezbollah is a destabilizing influence within Lebanon and the region, but the best way to marginalize and weaken Hezbollah may be to help Lebanon succeed as a state, not to reduce Lebanon into a proxy front in a confrontation with Iran.

Yet despite remarkable resilience in containing the destabilizing spillover of the war in Syria next door and managing a refugee influx that is now at least a quarter of its population, Lebanon is in trouble. Most worrying is the possibility of an impending economic collapse. Widespread corruption, regular electricity shortages, poor infrastructure, reduced tourism, a debt to GDP ratio that is the third largest in the world (projected at 155 percent by the end of 2018), and an unemployment rate of 35 percent all contribute to economic anxiety. The continuing stalemate in forming a government since last May's elections only further diminishes confidence in the government's ability to handle the crisis. Another failed state in the region, let alone one on Israel's border, could further ignite new regional wars and increase refugee flows and terrorism. This is not in anyone's interest, including the United States.

The good news, however, is that Lebanon has attributes that may help it weather this storm. Known for its human capital with some of the top academic institutions in the region, Lebanese entrepreneurship continues to thrive despite the general economic and political malaise. Lebanon's renowned banking sector maintains its professionalism and adheres to sanction restrictions against Hezbollah-linked entities as one of the most scrutinized sectors in the country.

The other key institution that transcends sectarianism is the widely respected Lebanese Armed Forces, or the LAF. Over the past decade this U.S.-trained army has proved to be highly capable in maintaining stability within the country, monitoring its borders and ports to prevent smuggling, and countering Islamic State extremists flowing in from Syria. On a recent visit to Lebanon a message a group of us from RAND heard again and again from a range of actors (who otherwise disagree) is that the LAF is one of the few state bodies that is independent and working. U.S. officials similarly view the LAF as a success story, one of the most reliable and professional military partners in the region. Many LAF officials have attended U.S. military colleges and are proud of their American training.…

Dalia Dassa Kaye is director of the Center for Middle East Public Policy and a senior political scientist at the nonprofit, nonpartisan RAND Corporation.

This commentary originally appeared on The National Interest on January 15, 2019. Commentary gives RAND researchers a platform to convey insights based on their professional expertise and often on their peer-reviewed research and analysis.