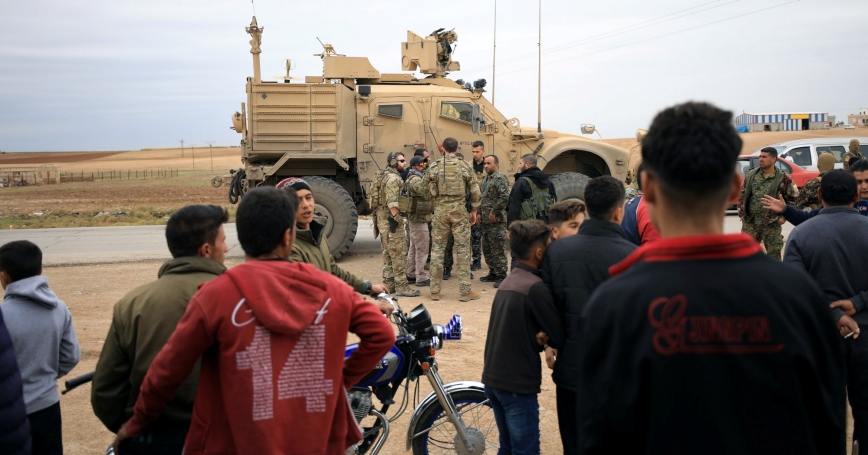 Much has already been written about the potential national security implications of the apparent U.S. policy decisions to withdraw all U.S. troops from Syria and reduce the current U.S. military presence in Afghanistan by half.

Lost within these larger policy debates and expert views are the inherent risks posed by the reduced access to intelligence precipitated by such decisions. Syria and Afghanistan represent some of the most active and desirable real estate for international terrorist activity, not to mention other threats that also would benefit from continued U.S. intelligence focus.

Military deployments abroad always incorporate intelligence capabilities tailored to achieve the objectives for a wide range of missions. In Syria and Afghanistan, a blend of intelligence capabilities provides awareness regarding terrorist threats, political and regional dynamics, local conditions on the ground for civilian populations and the security and safety of U.S., coalition and (in the case of Afghanistan) host-nation military forces.

Reduced access to human sources, a reduction in airborne coverage from unmanned aerial vehicles and diminished technical collection against phone or computer networks associated with malign actors are among the intelligence losses that would have to be mitigated through other measures, which would place further strain on an already heavily burdened intelligence enterprise that has to manage risk while providing insights for U.S. decision-makers and warfighters on a range of topics.

Making any significant strategic decisions about withdrawing U.S. military forces without adequately accounting for the accompanying loss of raw intelligence and intelligence capabilities almost guarantees that the United States will suffer in its ability to more comprehensively understand threats on the ground.

Diminishing the intelligence footprint in Syria and Afghanistan presents the United States with challenges detecting and disrupting potential terrorist plotting against the West, protecting remaining U.S. forces and other government personnel who stay behind to advance U.S. interests and maintaining necessary relationships with other intelligence elements in the region.

Recent history demonstrates—Afghanistan in the 1990s and Iraq in 2011—that failure to adequately sustain baseline intelligence when disengaging from a conflict can lead to future difficulties for the United States.

To avoid repeating the mistakes of the recent past, the United States would be wise to prioritize its access to intelligence as it deliberates the best path forward in the numerous small footprint missions in which it is currently engaged.

In Afghanistan in the 1990s, the United States and much of the rest of the international community completely disengaged, cutting off funding and ceding almost total influence to Pakistan and regional rivals who quickly made Afghanistan a theater of proxy warfare, but also greatly reduced U.S. intelligence insights into the region.

Later, this reduced access to intelligence left the Clinton administration with a poor understanding of the larger threat that core al-Qaida truly posed to the United States.

By 2011 in Iraq, the Status of Forces agreement with the the Nouri al-Maliki government in Iraq dictated that all forces would depart at the end of the year. Without more than an embassy presence in Baghdad, the United States missed the signs that ISIS (under its predecessor organization al-Qaida in Iraq) survived a relentless campaign of counterterrorism pressure and was regrouping and reforming into a significant threat.

Even a minimal enduring presence might have preserved a sufficient intelligence capability in Iraq to have seen initial indicators of the resurgent threat that eventually became ISIS.

In each of these cases, the rather abrupt manner in which the United States disengaged had the added drawback of diminishing opportunities to maintain contact with allied state and even potentially non-state actors.

Such relationships serve as a vital, albeit imperfect, contribution to a comprehensive mitigation plan when decreasing the U.S. footprint. The sudden and uncoordinated nature of the recent announcements impacting Syria and Afghanistan risk alienating those indigenous actors whose perspectives and insights could be of increasing value as American forces and resources depart.

Departing theaters such as Syria and Afghanistan carries a host of associated risks, challenges and potential benefits. As these debates continue, leaders would be well served to factor into the debate the importance of U.S. intelligence collection capabilities, its connection to U.S. presence overseas and its role in anticipating current and future threats.

If history is any guide, failure to do so will increase the likelihood that future policymakers will face unanticipated crises with insufficient information about the adversaries they face.

Jason H. Campbell is a policy researcher at the nonprofit, nonpartisan RAND Corporation. From June 2016 through September 2018, he served as country director for Afghanistan in the Office of the Secretary of Defense for Policy. Javed Ali is acting associate director of the Cyber and Intelligence Policy Center, a RAND National Security Research Division program. He was the senior director for counterterrorism at the National Security Council from March 2017 to March 2018 and served over 16 years in various U.S. intelligence community positions.

This commentary originally appeared on The Hill on January 24, 2019. Commentary gives RAND researchers a platform to convey insights based on their professional expertise and often on their peer-reviewed research and analysis.