What the Shutdown Revealed About the Fragility of American Life 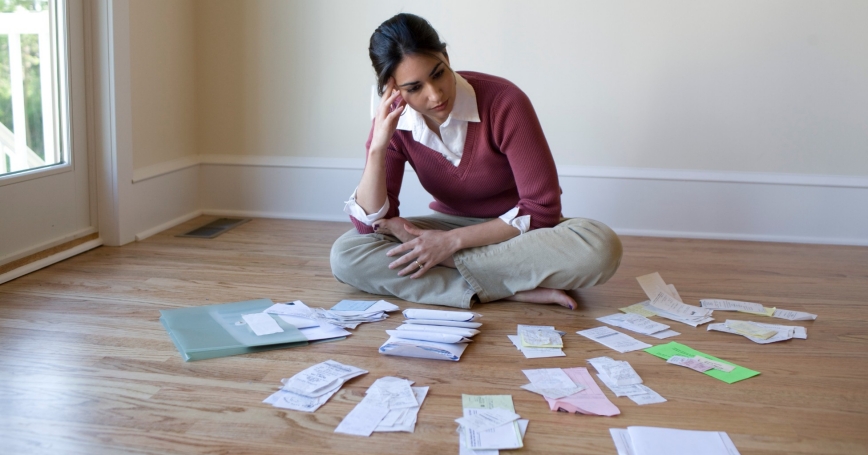 With one government shutdown ended and another possibly on the horizon, many stories of hardship suffered by the families of employees who were either furloughed or had to work without pay were brought to prominence. But two interrelated statistics are telling: Four out of 10 adults cannot cover (PDF) an unexpected expenditure of $400 without selling something or borrowing. And a staggering 78 percent of American workers live paycheck to paycheck. These pieces of information are worrisome in the long run.

They highlight the lack of resilience many American families suffer from when they encounter unexpected events, or experience “shocks,” in economic parlance. The recent government shutdown was only one example of an unexpected occurrence that was beyond the control of those affected. And a shutdown could happen again if an agreement to keep the government open is not reached by February 15th. But families are also buffeted by many more shocks on a routine, less-publicized basis: job change and loss, illness, needed home and auto repairs, and damage caused by weather events, to name just a few.

Having enough discretionary income is an important aspect of being in the middle class. Increasingly, commentators have been worried about the health of the American middle class based on the difficulty households have in affording housing and health care. One could add the inability of many families to deal with shocks and living paycheck to paycheck to this list of concerns. These difficulties belie the notion that America is a nation with a thriving middle class. The middle class is often considered to be one of the engines that spur economic growth, and when this large group of consumers is in trouble, that engine could sputter and slow the economy as a whole in the long run.

The lack of sufficient discretionary income in American families does not augur well for saving, especially for retirement. There are two facets to the non-saving behavior implied by the statistics mentioned above. One is the inability of the poorest families, who can barely meet their living expenses, to save. One in three Americans has saved less than $5,000 for retirement and will have to rely on a Social Security system that is bound to become strained by an aging population. However, it is unlikely that all 80 percent of paycheck-to-paycheck families in the country live in poverty. Instead, they have likely become accustomed to spending habits that eat into their savings. On average, Americans have saved a meager $84,821 for retirement.

What can be done? Poverty and middle-class status are based on preset levels of income. For instance, the poverty guideline used by the Department of Health and Human Services for eligibility of certain federal programs is $25,100 for a family of four. There are no official qualifications for middle-class status, but one study concludes that the median middle class household earned $78,442 in 2016. However, the shutdown experience highlights the need to regularly measure and report on the ability of families to respond to shocks to understand how resilient these families are when faced with uncertainty. It might be worth considering whether eligibility for safety-net programs should go beyond the level of income and take into account income volatility.

The median American family has been losing ground for decades, and policy responses to address this situation are going to be complex and difficult, but are much needed. Policymakers could focus on the training needs of workers who have lost out to the forces of technological change and globalization. The ever-widening income disparities could also be tackled, especially by improving access to quality education and health. An entire rethinking of education and training might have to be undertaken to make workers resilient to uncertainty and technological change. “Nudging” families with disposable income to increase their saving, both for rainy-day funds and retirement, could provide them relief from living paycheck to paycheck.

A compromise to keep the government open past mid-February could still be reached, but the financial fragility of the American family seems set to continue.

Krishna Kumar is a senior economist and director of International Research at the nonprofit, nonpartisan RAND Corporation, and director of the Initiative for Global Human Progress at the Pardee RAND Graduate School.

This commentary originally appeared on RealClearPolicy on February 7, 2019. Commentary gives RAND researchers a platform to convey insights based on their professional expertise and often on their peer-reviewed research and analysis.