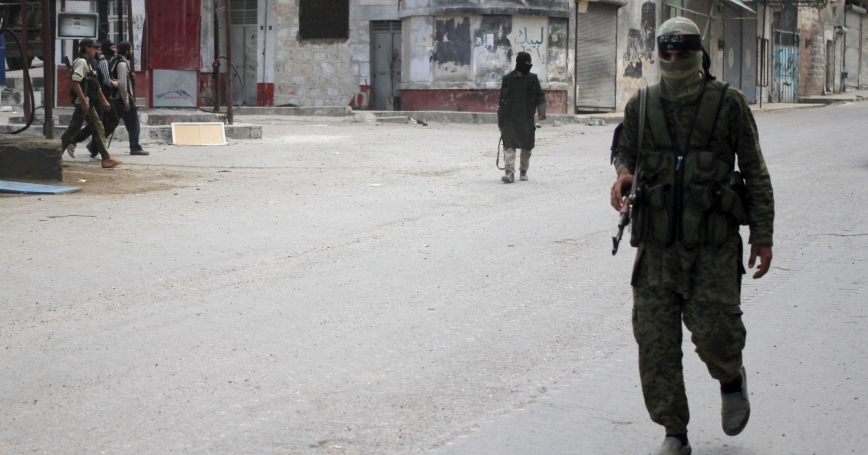 Members of al Qaeda's Nusra Front walk along a street after a coalition of insurgent groups seized the area in the northwestern city of Ariha, Syria, May 29, 2015

With the Islamic State (IS) losing the last of its territory, the global jihadist movement is now entering a new phase. The question on the minds of many is whether al Qaeda will be able to capitalize upon the moment and reclaim the dominant position as the most capable Sunni jihadist terrorist organization. The most important factor determining al Qaeda's future trajectory is what the group has learned over the past five years and how it seeks to implement change in its organization. If a review of what is known about terrorist groups and organizational learning is any indication, al Qaeda will build upon its recent experience in Syria and elsewhere to reassert itself as a dominant force.

A host of contextual and circumstantial factors affect organizational learning. The environment in which an entity operates is one of the most dominant factors influencing its will and capacity to learn. The environment is the laboratory where learning takes place, and it helps shape the opportunities available for the terrorist group to pursue. It also impacts how successful the attempt to learn might be. The context includes obstacles or challenges that must be overcome, or at least mitigated, for the group to learn. For the last five years, Western counter-terrorism forces have been obsessively focused on combating IS, furnishing al Qaeda with the operational space to maneuver, plan, and train.

Through its affiliates in Syria, Somalia, Yemen, and West Africa, al Qaeda has taken advantage of weak and failing states, turning ungoverned spaces into alternatively governed spaces, with the governance provided by al Qaeda franchise groups working at a grassroots level to generate political legitimacy among local populations. This has been a hallmark of al Qaeda's affiliate in Syria, where the group softened its tone and juxtaposed its control to that of the far more draconian Islamic State. Moreover, al Qaeda appears to be the last rebel group standing in Syria, at least for now, firmly entrenched throughout Idlib Province. The United States is also concerned about the spread of al Qaeda to southwestern Libya, and about loose stockpiles of weapons throughout the Maghreb and Sahel. Of particular concern is the ubiquity of man portable air defense systems, known as MANPADS—upwards of 15,000 of these missiles are still unaccounted for, presenting a major threat to civil aviation.

With the Trump administration pulling back U.S. troops from places like Syria, Afghanistan, and West Africa, al Qaeda will likely have a chance to control more territory.

Depending on circumstances, a terrorist group can be more or less inclined to allocate specific resources toward learning. For example, when under siege from steady air strikes, most of the group's efforts are dedicated to surviving, with operational security consuming more bandwidth than usual, while the lion's share of resources is directed toward military capabilities. Circumstances are also directly correlated to an entity's potential to learn and adapt. When the operating environment undergoes considerable change, terrorist groups may be forced to implement drastic changes or risk being marginalized. Terrorist groups also need to be opportunistic and agile enough to respond effectively as political dynamics shift. With the Trump administration pulling back U.S. troops from places like Syria, Afghanistan, and West Africa, al Qaeda will likely have a chance to control more territory, especially in areas like the Sahel and potentially Afghanistan, if a U.S. troop withdrawal leads the Taliban to offer al Qaeda future safe haven.

Actors thinking beyond their immediate survival inevitably move toward instilling a culture of learning. The “organizational memory” of a group allows it to leverage the capabilities of its members without relying solely on a single individual or exclusive cadre of talent. In other words, organizational culture helps ideas outlast individuals long after they have departed, providing a survival mechanism to groups whose leadership faces constant risk of being killed or captured. Throughout the 2000s, the U.S. released a steady stream of announcements noting that al Qaeda's “number three” (after Osama bin Laden and Ayman al-Zawahiri) had been killed, an observation that grew into a running (if not dark) joke among terrorism researchers because of the frequency with which it occurred. Knowledge becomes institutionalized at the organizational level when information is possessed, expanded upon, and/or refined over time. Groups that endure can pass information and successful tactics, techniques, and procedures on to the next generation. It bears noting that last year al Qaeda marked its 30th year. It now seems poised to thrive in its fourth decade, reinvigorated and possibly under the leadership of Osama bin Laden's son, Hamza.

When non-state actors can effectively communicate within and across their organizations, they demonstrate the ability to convey knowledge, best practices, and lessons learned through interpersonal networks and from the upper echelons of leadership. Effective learning at the organizational level goes beyond individual talents—a learning organization can structure, store, and influence how its members and followers learn. Again, al Qaeda is instructive here. The Boston Marathon bombers were able to construct their bombs with help from al Qaeda's online magazine, Inspire, which provided the instructions necessary for Tamerlan and Dzhokhar Tsarnaev to build their explosive devices. Explicit knowledge, including information captured in written instructions that exist on the world wide web, can be exchanged easily, provided transmission is through a shared language. But even more valuable for terrorists is in-person knowledge transfer, which can help instill the practical, experiential knowledge that is more valuable to terrorists than documents or instruction manuals found online. Syria was the most recent learning laboratory for al Qaeda affiliated jihadists, a vast territory where foreign terrorist fighters traveled, networked, learned, and dispersed. Previous conflicts in Afghanistan, Bosnia, Chechnya, and Iraq have demonstrated the utility of access to training camps, which offer militants the opportunity to exchange tactics and build expertise in bombmaking, encrypted communications, and counterintelligence. These camps also serve as focal points of indoctrination and dissemination of propaganda, which bolster the appeal of al Qaeda and the ideology of “bin Ladenism.”

One of the lessons actors can learn from studying the behaviors of others is whether their own knowledge base is dated or ineffective. Entities that remain consistent amidst volatility constantly reassess assumptions, including questions about whether older knowledge is still valid or true, and whether current routines are still effective or should be jettisoned in favor of others and why. The ability to learn is influenced by a determination for risk acceptance, as well as a mission-command style tolerance for autonomy at lower echelons. Al Qaeda's organizational style has long encouraged the adoption of innovative terrorist techniques, including those devised by individuals outside of the group's organizational boundaries, like al Qaeda's operational mastermind Khalid Sheikh Mohammed. Moving forward, one way al Qaeda will likely seek to advance its organization is through human-resources-style grooming and vetting of recruits. Historically, al Qaeda has engaged in “talent spotting,” as terrorism expert Mia Bloom has noted, to aid its recruitment process, discerning the skills of its recruits in order to find the most effective way to utilize an individual's specific talents.

Strategies that require groups to acquire or develop new technologies depend on a number of factors. Chief among them is a group's ability to build or modify the technology in-house, or to build a Rolodex with the proper contacts to help them deal with each of the critical components. Its experience fighting in Syria has expanded al Qaeda's contacts, and, given the proliferation of jihadist groups (PDF) worldwide—67 active groups as of 2019—there will be more opportunities for al Qaeda to work with like-minded terrorists from North Africa to Southeast Asia. The threat is compounded by globalization, with barriers to entry for harnessing the power of technology lower than ever. After enjoying somewhat of a renaissance in Syria, al Qaeda now boasts a more robust network and can seek to pursue several different types of cooperation. As its history has proven, al Qaeda has managed to navigate the obstacles to alliance formation that have plagued other terrorist groups.

While the world has been focused on the Islamic State (IS) phenomenon since the group's rise in 2014, al Qaeda-linked groups in Syria, Yemen, and throughout West Africa have ingratiated themselves with local militants, parroting parochial grievances as a method of gaining entrée. As Georgetown University professor Bruce Hoffman has correctly noted, al Qaeda's strategy over the past five years has been one of “quietly and patiently rebuilding.”

By getting involved in certain conflicts that are both seminal and highly symbolic, such as the disputed territory of Kashmir, al Qaeda could further burnish its image as the true vanguard of Islamist rebels committed to defending Muslims. If the group is able to successfully focus its resources on striking the West, the notoriety that accompanies a large-scale terrorist attack may provide the momentum necessary for al Qaeda to supplant IS as the leader of the global jihadist movement.

Colin Clarke is a non-resident senior fellow in the National Security Program at the Foreign Policy Research Institute (FPRI) and a senior adjunct political scientist at the nonprofit, nonpartisan RAND Corporation.

This commentary originally appeared on Foreign Policy Research Institute on March 13, 2019. Commentary gives RAND researchers a platform to convey insights based on their professional expertise and often on their peer-reviewed research and analysis.