Public Evidence of Huawei as a Cyber Threat May Be Elusive, but Restrictions Could Still Be Warranted 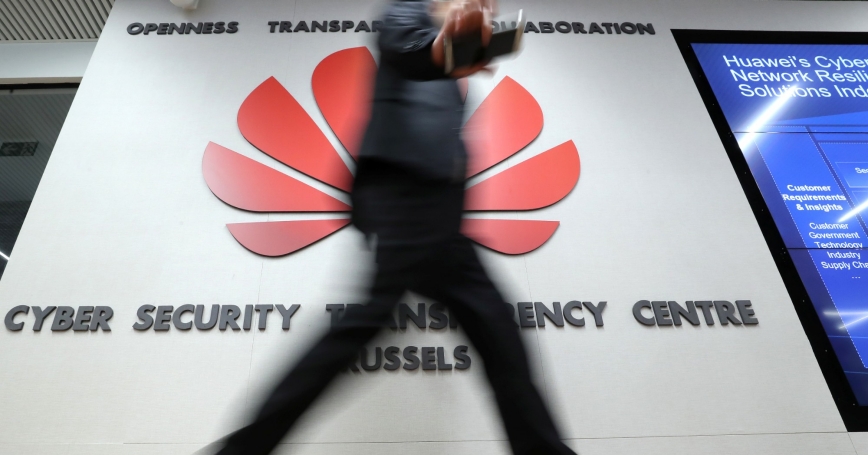 Recently, media reports disclosed that President Trump is weighing an executive order that would ban U.S. companies from using the products and services of China's two giant telecommunications firms, Huawei and ZTE.

The statement followed Canada's arrest of Huawei Chief Financial Officer Meng Wanzhou in December over U.S. allegations of violating trade sanctions with Iran and theft of technology from T-Mobile.

Businesses and other Western governments have heeded Washington's warnings. Huawei has been prohibited from supplying its 4G and 5G equipment to the four major U.S. telecommunications carriers, and its products have been dropped by electronics retailer Best Buy.

Yet some cyber experts dispute the threat posed by Huawei. Critics have pointed out that no government has provided evidence of malicious Chinese state cyber activity through Huawei. A 2018 British government board issued an inconclusive report on the potential threat from Huawei.

In light of the paucity of public evidence, some commentators have dismissed warnings about the company as unsubstantiated. Of course, these views are uninformed by whatever classified information may be held by the U.S. and other governments.

Despite the lack of a publicly available “smoking gun,” restrictions on Huawei's role in U.S. information networks could be justified.

Despite the lack of a publicly available “smoking gun,” restrictions on Huawei's role in U.S. information networks could be justified for three strategic reasons alone.

First, as part of the country's critical infrastructure, telecommunication networks provide the information conduit for the future of health care, transportation and financial services, among many other areas.

Governments have a right to be concerned about which foreign entities may have access to information carried on these networks. Beijing understands this point well, given its own refusal to allow foreign companies to build telecommunications networks in China.

Second, Huawei and ZTE share the liabilities of being Chinese companies. The close relationship with the government invariably raises the risk that the companies will carry out espionage and security work for the government.

For example, China's 2017 National Intelligence Law requires “all organizations and citizens” to “support, assist, and cooperate with state intelligence work.”

China's 2014 Counter Espionage Law similarly states “relevant organizations and individuals” “must not refuse” to provide information during the course of a counter-espionage investigation. These laws do not clarify the scope of “intelligence” and “counter-espionage” work, suggesting interpretation could be very broad.

Third, the intensifying tensions between China and the United States has increased the need to protect America's critical infrastructure and competitive edge.

But Beijing has begun to export such behavior abroad. Anxiety over China's influence operations has grown over Beijing's willingness to coerce, blackmail and bribe people in other countries.

Moreover, protection of America's telecommunications market also serves the country's economic and security interests. U.S. companies have thrived in areas of fair competition, but China is anything but a fair competitor.

Thanks in large part to the state's role in subsidizing the company and excluding Western competition in China, Huawei surpassed Apple to become the second-largest smartphone manufacturer in the world last year.

Huawei's success follows a pattern in which Beijing has protected and nurtured domestic tech companies while denying access to Western competitors. Given the importance of information technology companies to the U.S. economy, Washington is right to take prudent measures to promote a level playing field for American companies.

Although a “smoking gun” of Huawei involvement in government-directed espionage remains elusive, Washington has compelling security and economic reasons to consider limiting the involvement of Chinese telecommunications companies in its domestic networks.

Chinese companies carry an unavoidable risk because of their inherent connections to the Chinese government. Moreover, the intensifying strategic competition between the United States and China demands improved security of information networks and fair competition for key U.S. technology industries.

This commentary originally appeared on The Hill on March 6, 2019. Commentary gives RAND researchers a platform to convey insights based on their professional expertise and often on their peer-reviewed research and analysis.