Space Safety Coordination: A Norm for All Nations 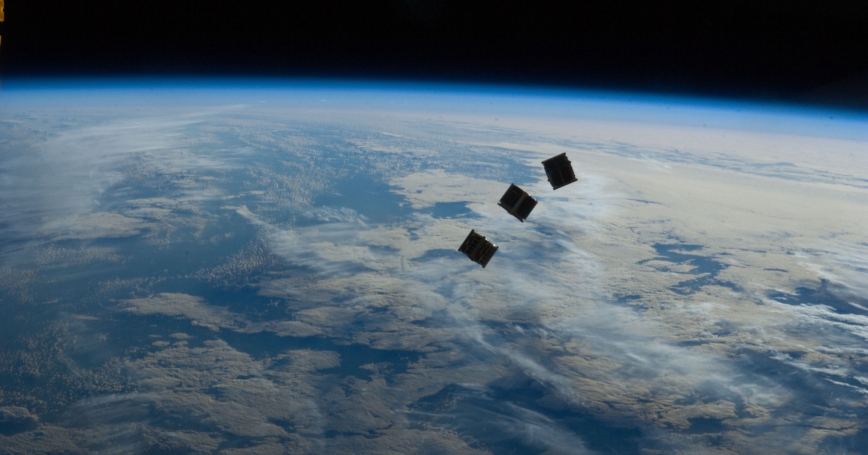 Imagine this: As you drive down the highway at the speed limit in the right lane, another car races past you on the left, then veers into your lane without warning. The other car then slows down until it is just feet in front of you, forcing you to make a quick decision to slow down, change lanes, or even swerve off the road to the right to avoid a collision. Now imagine the same scenario involving two satellites orbiting 22,000 miles above the earth and traveling at 6,800 miles per hour.

That exact space scenario occurred in 2015 when a Russian satellite maneuvered close to a commercial satellite and then failed to communicate its intentions while remaining in place for five months.

As space becomes more congested with satellites of all sizes and types, the need for every nation to actively participate in the space safety coordination system grows.

In 2009, the United States created a satellite information-sharing program to provide no-cost basic, emergency, and advanced position data and services to participants from any nation. The system has evolved to include notification procedures for close approaches and means for exchanging information through a common website. Most spacefaring countries participate in the data-sharing and communication program. But a few countries, notably Russia and China, do not participate in the program or follows its guidelines, which creates greater potential for collisions between satellites and increases the likelihood of space debris if satellites break apart. Space debris can linger in orbit for many years, creating even more hazards for other satellites since the debris is uncontrolled and often too small to track.

In the case of the Russian satellite in 2015, multiple attempts were made to communicate with the Russian agencies operating it, yet the Russians did not respond. The private company, Intelsat, that owned the commercial satellite formally complained to the Russian Federal Space Agency about the “potentially dangerous behavior” of the satellite. At the time, the current safety coordination system was already in place to prevent and deal with such events.

As space becomes more congested with satellites of all sizes and types, the need for every nation to actively participate in the space safety coordination system grows.

All nations, including Russia, are expected to comply with the established safety process to help prevent accidents and reinforce existing safety norms. The process begins with an exchange of contact information through the common website, space-track.org, where position and other information on known satellite activity is shared. The United States provides notifications to participants about anticipated satellite “conjunctions” so that satellite owners and operators can collaborate on satellite maneuvers to avoid collisions.

Of course, the Russians are not the only nation capable of maneuvering satellites close to one another. The United States, China, and Russia have a history of developing satellites that are capable of rendezvous operations. The same maneuvers that allow astronauts and supplies to reach the space station are now used to get much smaller unmanned satellites to rendezvous. Coordinated rendezvous maneuvers are challenging—since 2005, at least three collisions have occurred between fully coordinated maneuvering satellites. Collisions are even more likely when one satellite maneuvers in close proximity to another and there is no communication between the satellite operators.

The Russians have not responded to any attempt to communicate with them via this system since 2011. The 2015 satellite incident is just one of several close maneuvers that was not coordinated with a nearby satellite. Several nations, including the United States, openly use satellites for on-orbit inspections—the use of separate satellites to observe other satellites from a safe distance. Speculation that Russia may be creating kamikaze satellites, designed to slam into a target satellite rather than just inspect it from afar, makes the situation far more concerning.

Recent U.S. government reports confirm that both Russia and China are developing satellites designed to collide with targets rather than just inspect them. Russian and Chinese development of on-orbit satellite attack systems highlight the need for increased transparency between nations, increased commitment and compliance with the space-awareness safety program, and the development of international rules for holding non-compliant actors, like Russia, accountable.

The United States set the example for increased transparency when it created the space safety coordination system in 2009. Russia and other spacefaring nations could demonstrate their commitment to transparency and safety by joining the network of responsible space nations. The first step for those new to the network would be to provide contact information to the space safety program and respond when notified of expected close approaches.

If Russia or any other nation fails to respond to a notification, then the international community might do well to consider developing rules with consequences for failure to abide by the emerging international norms in space.

Bruce McClintock is an adjunct policy analyst at the nonprofit, nonpartisan RAND Corporation and a former U.S. Defense attaché in Moscow.

This commentary originally appeared on Small Wars Journal on April 16, 2019. Commentary gives RAND researchers a platform to convey insights based on their professional expertise and often on their peer-reviewed research and analysis.