What the Baghdadi Video Means 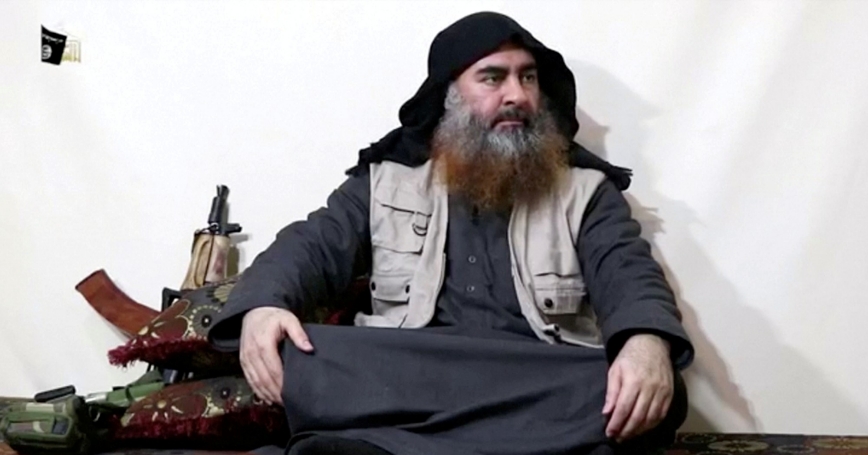 For the first time in five years, Abu Bakr al-Baghdadi, the reclusive leader of the Islamic State, appeared on video, addressing a range of topics. Why did Baghdadi suddenly feel the need to appear on camera and speak to his followers in a nearly 20-minute video? The answer concerns how some recent events intersect with the long-term needs of his organization.

In terms of timing, the appearance could be intended to coincide with the upcoming Muslim holy month of Ramadan, a period that has typically seen a spike in attacks by the Islamic State and its followers worldwide. From a tactical perspective, this message could be a means of rallying supporters and edging Islamic State militants toward action, encouraging them to carry out attacks, particularly lone-wolf terrorists who may have been contemplating an attack in the group's name. Baghdadi has remained off the grid for so long that his sudden appearance will very likely serve both as a morale boost for Islamic State supporters and remaining militants and as a catalyst for individuals or small groups to act. On a more fundamental level, he could simply be attempting to prove to his followers that he is alive, despite numerous claims by the Russians to have killed him at various points in the conflict.

His appearance also comes on the heels of the defeat of the Islamic State's territorial caliphate in Syria. In the video, Baghdadi goes to great lengths to assure his followers that Islamic State militants fought valiantly in Baghuz, refusing to surrender and spilling blood in an attempt to hold off coalition forces.

Baghdadi appeals to his constituency by reminding them of the temporal aspect of this fight, which cannot be measured in months or years but in a far longer time horizon. In the video, he says, “Truthfully, the battle of Islam and its people with the crusader and his people is a long battle, and the battle of Baghuz finished and manifested in it was the brutality and savagery of the nation of the cross toward the nation of Islam.” This is an attempt to frame Baghuz as just one of many battles that the Islamic State and its supporters will fight over the coming years and decades. Measuring the conflict in these terms could be intended to offer hope to those who one day want the caliphate to be re-established, which itself was an historic occasion and galvanizing force to draw in recruits to the organization.

He reiterates that the caliphate was not abandoned, it was conquered, and that any military victory by invading forces will be temporary. As proof of this, Baghdadi accepts bayat, or a pledge of loyalty, of new groups in places like Burkina Faso and Mali, which is intended to demonstrate that despite its territorial collapse in Syria, the Islamic State still has the capability to expand and spread into new territories.

In a nod to the transnational nature of the group, he also explicitly mentions several well-known foreign fighters by name, including the notorious French militants Fabien and Jean-Michel Clain. From the beginning, Islamic State media went beyond the parochial to focus on the global aspects of the war against the West, threatening its opponents and lionizing fighters who took part in attacks in Belgium, France, Turkey, and elsewhere.

Baghdadi is reasserting his leadership and suggesting that he sits atop the command and control network of what remains of ISIS, not only in Iraq and Syria but in its far-flung franchises and affiliates.

There are a few other reasons why Baghdadi may have felt it imperative to appear on camera. Following the attacks in Sri Lanka, many in the media and elsewhere questioned the role played by the Islamic State and seriously doubted that the militant group still retained the capability to partner with a local group. By referencing recent events, including the Easter attacks in Sri Lanka, the Islamic State chieftain is essentially reasserting his leadership and suggesting that he sits atop the command and control network of what remains of the group, not only in Iraq and Syria but, more broadly, in its far-flung franchises and affiliates.

Moreover, his mention of the protests in Sudan and Algeria suggests that he may be hoping to avoid the pitfalls suffered by al Qaeda in the early weeks and months of the Arab Spring. Osama bin Laden and others in the leadership were caught off guard by what happened in Cairo, Damascus, and Tripoli. Baghdadi apparently is attempting to preempt these revolutions by insinuating the Islamic State into the conversation and making a play for the “hearts and minds” of locals in those countries. Baghdadi labels both Abdelaziz Bouteflika and Omar al-Bashir as tyrants before circling back to the Islamic State's raison d'être—jihad in the cause of Allah—which he sees as the only antidote for fixing these beleaguered societies.

While there is a focus on current events, including Prime Minister Benjamin Netanyahu's re-election in Israel, the speech is sorely lacking on what Baghdadi sees as the future direction of the organization. He clearly sees the value in expanding the Islamic State's territorial and geographic reach but mentions little about how Islamic State branches in South Asia could avoid a similar fate as that which befell the core group in Iraq and Syria.

Indeed, Baghdadi may simply be akin to other CEOs, busy with the day-to-day details of managing the organization but lacking a more comprehensive and strategic vision for how to adapt to a changing landscape. This is in sharp contrast to bin Laden, who, for all of his quirks while in hiding in Pakistan, still found time to weigh in on both tactics and strategy while proffering a blueprint for his organization's future.

In the end, it may not matter. Simply by appearing in a video for the first time in five years, Baghdadi may have achieved everything he wanted to—establishing proof of life while laying claim to the remnants of a hobbled, yet not defeated, Islamic State and inciting his followers to launch attacks. By capturing the attention of the world, Baghdadi has offered a message of endurance and hope to his followers.

Colin P. Clarke is a senior fellow at The Soufan Center and an adjunct senior political scientist at the RAND Corporation.

This commentary originally appeared on Foreign Policy on April 29, 2019. Commentary gives RAND researchers a platform to convey insights based on their professional expertise and often on their peer-reviewed research and analysis.