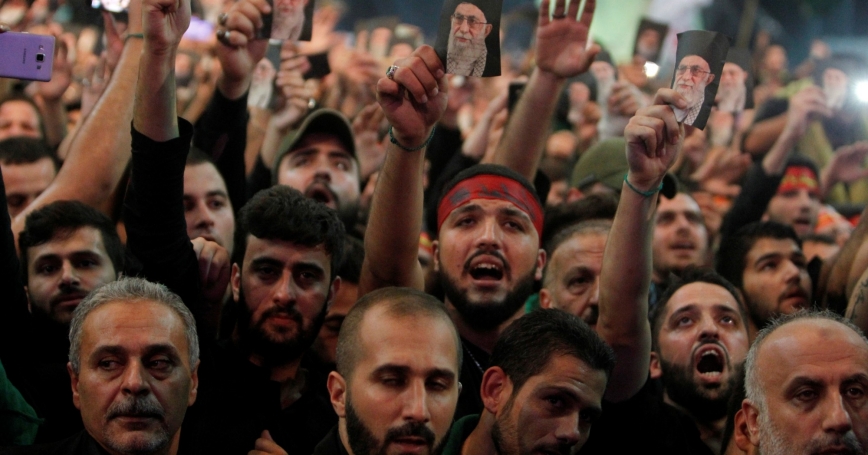 While Iran's nonstate partners are often thought of as a uniform group with unshakable loyalty to the Islamic Republic, there are important differences among the groups. Iran's nonstate partners are emerging as central players in the escalating tensions between Washington and Tehran—and may be a driver of further escalation. Iran provides support to militias and terrorist groups aiming to destabilize countries throughout the Middle East—contributing to insecurity and posing a challenge to the United States. But how involved is Iran with these proxy groups?

The Origins of Iran's Proxy Network

After coming to power following the 1979 Islamic revolution, Ayatollah Ruhollah Khomeini, Iran's supreme leader, began to build the regime's nonstate network. Khomeini called for “oppressed peoples” in the world to unite, inciting Shiites in the region to rise against Western-backed rulers, and leading his regime to work with nonstate partners, particularly Shiite groups in Lebanon and Iraq.

Iran reinforced its ties to these groups in the 1990s through the provision of training, arms, and money. By 2000, Iran's network contained friendly and adversarial forces. After 9/11 and the resulting U.S. invasions, Tehran began maximizing its use of these organizations, leveraging them to undermine U.S. influence in the region and raise the costs of potential action against Iranian interests. Throughout the 2000s, Iranian-backed forces expanded their influence in key countries in the region and, at times, targeted U.S. forces.

Starting in 2011, the Arab Spring gave Iran yet another opportunity to expand its reach in the region. The Syrian civil war and the Saudi-led coalition intervention in Yemen allowed Iran to deepen existing relationships with nonstate partners. Syria, in particular, allowed Iran to create (PDF) new groups from scratch to bolster the Assad regime, while in Yemen, Iran strengthened its partnership with the Houthis.

Today, Iran's nonstate network reportedly comprises about 200,000 fighters. The network is the cornerstone of Iranian national security strategy. These groups afford Tehran reach and influence throughout the Middle East and South Asia, and the opportunity to dial up pressure on their adversaries in different theaters. Although Iran's reach beyond its borders remains limited, some of its nonstate partners provide a conduit to regions such as Africa and Latin America. Without this network, Tehran's reach would be much more limited and its activities much less challenging to potential adversaries.

It is in large part because of this extensive network that the United States considers Iran a threat to national security and a destabilizing force in the region. Iran's network of nonstate partners enables the country to project power and increase its influence outside its borders while antagonizing the United States and its regional partners.

In turn, these groups pursue a range of malign activities to sow instability, complicate ongoing conflicts, and undermine the interests of the United States and its partners, all while remaining under the threshold of war—which Tehran tries to avoid at all costs as its conventional forces lack the capabilities to match those of the United States.

Iran's supreme leader, Ayatollah Ali Khamenei, recently said that, like the United States, his country isn't looking to get into a war, but that resistance is the only path forward for Iran. Leveraging these groups increases the asymmetry of the fight and adds plausible deniability, obscuring Iran's role in any subversive activities against the United States and its partners.

Working through secondary and, sometimes, even tertiary partners conceals Iran's role, making it difficult for Washington and its allies to attribute attacks to Tehran and to legitimize targeting it in retaliation, thus enabling the regime to deter its adversaries and pursue its regional policies at a relatively low cost.

Not a Monolith: Differences Among Iran's Proxies

Iran's nonstate partners aren't a monolithic bloc. Nor are the groups that make up this network all Iranian proxies. Subtle but important differences exist in these groups' ties to Tehran: Most weren't created by Iran, some share greater ideological and religious ties with Tehran, and very few take their orders directly from the Iranian regime. The degree to which Iran exercises power over many of these groups is debatable.

These entities' leaders have made it clear that while they will happily accept Iranian financial or material support, Iranian advice is not always welcome. For example, despite receiving financing and weapons from Tehran and training via Hezbollah, the Houthis have a track record of ignoring Iranian recommendations about the best course of action in Yemen.

Iran's nonstate partners aren't a monolithic bloc. Nor are the groups in this network all Iranian proxies. There are subtle but important differences in their ties to Tehran.

On the eve of their takeover of Sanaa, the Houthis decided to storm the capital even as the Iranians warned them against doing so, fearing escalation. Even groups like Hezbollah—whose very creation was facilitated (PDF) by Iran and which has the closest (PDF) ties to Tehran—seek to remain independent from Iran to preserve or gain legitimacy at home. In creating enough distance between itself and its nonstate partners to provide plausible deniability, Iran has created a gap in its ability to control many of these groups.

With tensions riding high in the Middle East and Washington now calling out Iran's proxy network, it's critical to have an understanding of the depth and breadth of Iran's relationships with these groups. The distinction between Iran's close relationship with Hezbollah, which provides Iran with a modicum of control over the organization, and its relationship with the Houthis, which have low levels of dependency on and control from Iran, is important.

Not only will knowledge of Iran's ties to these organizations help investigators unravel the trail back to Tehran, but understanding Iran's level of involvement will also help ensure that any response to the recent attacks or potential provocations are calibrated accordingly to maximize effectiveness.

Becca Wasser is a policy analyst and Ariane Tabatabai is an associate political scientist at the nonpartisan, nonprofit RAND Corporation.

This commentary originally appeared on The Washington Post Monkey Cage Blog on May 21, 2019. Commentary gives RAND researchers a platform to convey insights based on their professional expertise and often on their peer-reviewed research and analysis.