Preparing for a Venezuela After Maduro 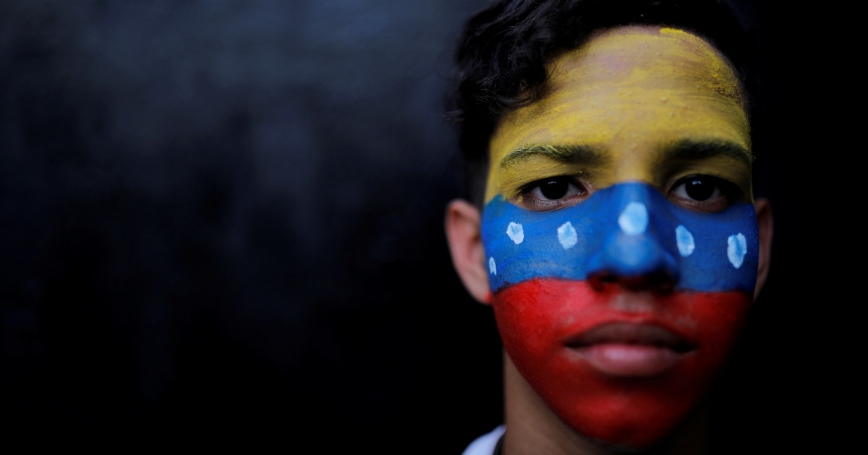 A protester poses for a portrait during a rally against Venezuelan President Nicolás Maduro's government in Caracas, February 2, 2019

U.S. President Donald Trump's efforts to liberate Venezuela from Nicolás Maduro's regime have stalled, despite some unusually favorable circumstances, including a spectacularly incompetent government in Caracas, a restive population, a regional consensus in favor of regime change, and the presence of a widely recognized and constitutionally legitimate successor. The Trump administration has followed the same playbook in Venezuela as in Iran and North Korea: maximal demands, tightened economic sanctions, and vague threats of military action. It hasn't worked in any of the three cases, although all three countries are feeling the pain.

The centerpiece of the administration's campaign has been sanctions on the Venezuelan regime and economy. But it's difficult to starve out a leadership when the leaders are the last to go hungry. Sanctions can play a useful role in preparing the ground for a military intervention by softening up the regime and demonstrating that the intervening country has exhausted all options except force. This is how the United States used sanctions to prepare for its interventions in Haiti in 1994, Bosnia in 1995, Kosovo in 1999, and Iraq in 2003.

If the Trump administration is serious about preparing for a military intervention, it will have to plan not only for U.S. troops to force their way into Venezuela and topple the regime, but also for the lengthier and usually more demanding post-conflict stabilization and reconstruction phases. The United States would need to…

James Dobbins is a senior fellow with the nonprofit, nonpartisan RAND Corporation and a former assistant secretary of state and special assistant to the president.