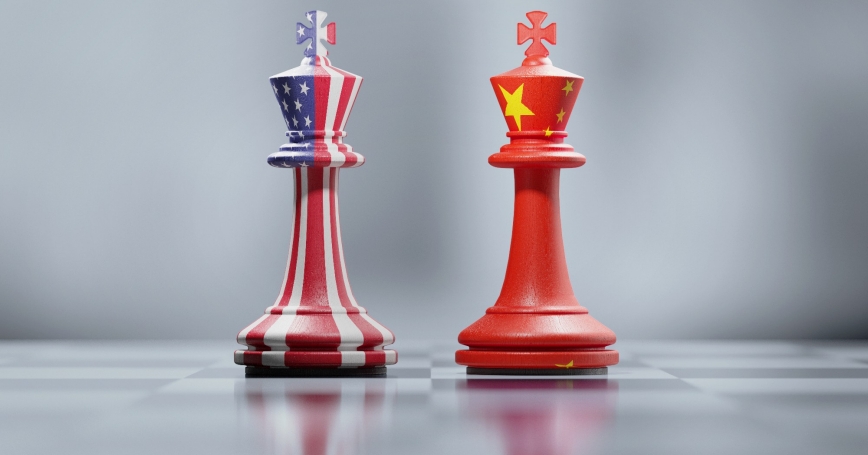 Many observers in Washington and Beijing criticized Kiron Skinner, head of the U.S. State Department's policy planning staff, when, in late April, she cast America's competition with China in racial terms.

Unlike the cold war, which she characterized as “a fight within the western family,” Ms. Skinner concluded that China's resurgence marked “the first time” the United States has faced “a great power competitor that is not Caucasian.”

Leaving aside that the United States has, in fact, confronted such a challenger—fascist Japan, during the second world war—her judgment suggested to some analysts that the Trump administration might view U.S.-China tensions not only in strategic terms but also, more concerningly, in societal ones. In an observation that garnered the most attention, Ms. Skinner posited that the United States finds itself in “a fight with a really different civilization.”

Her remark evoked the late political scientist Sam Huntington, who famously predicted in an essay in Foreign Affairs magazine roughly a quarter-century ago that “the principal conflicts of global politics will occur between nations and groups of different civilizations.” Considering how swift, forceful and numerous the rebuttals were to Ms. Skinner's supposition—many, incidentally, penned by those who strongly endorse the Trump administration's contention that China is a strategic rival—it might seem misguided to try once more to impose a Huntingtonian overlay on U.S.-China relations.

It turns out, though, that Huntington does have powerful insights that can guide U.S. policy towards China, even if not the ones upon which Ms. Skinner appeared to be drawing.

Five years before he laid out the above hypothesis, Huntington wrote a less discussed but no less important essay—also in Foreign Affairs—entitled “The U.S.—Decline or Renewal?” He devoted the majority of the piece to critiquing what he called America's “fifth wave of declinism since the 1950s,” which held that the country's economic competitiveness was diminishing vis-à-vis Japan and Europe.

As long as the United States harnessed its periodic self-doubt to boost its “competition, mobility, and immigration characteristic” and strengthen “its structural position in world politics”—that is, revitalize itself at home and abroad—he did not feel compelled to critique the sentiment with much vigor. On the contrary, so salutary a role had anxious prognostications played in America's ascent that Huntington saw “[e]very reason…to encourage belief in such prophecies.”

Today, of course, many U.S. observers believe that the United States is declining relative to China—with considerable cause: in a mere three decades, an isolated backwater with a gross domestic product equal to just 6 per cent of that of the United States has emerged into a system linchpin whose economy is now two-thirds as large as that of the world's foremost power. It is also developing military capabilities and diplomatic sway that, if not commensurate with its economic centrality, are narrowing the gap.

In a mere three decades, [China], an isolated backwater with a gross domestic product equal to just 6 per cent of that of the United States has emerged into a system linchpin whose economy is now two-thirds as large as that of the world's foremost power.

On balance, the United States' comprehensive national power still far surpasses China's, as Michael Beckley of Tufts University documents meticulously in his recent book, Unrivaled. In addition, China faces numerous strategic liabilities: it is surrounded by a combination of volatile neighbors and capable democracies; its demographic prognosis is among the bleakest in the world; it has few, if any, stable allies, only transactional partners; and its ideology—what Jessica Chen Weiss of Cornell University labels “a parochial, ethnocentric brand of authoritarian nationalism”—has limited global appeal.

In brief, contemporary analysis sometimes exaggerates the scale and import of China's ascendance. While Huntington would probably critique that manner of assessment, he would also likely counsel the United States to leverage its anxiety—not by trying to “out-China” China, an endeavor that could only meet with failure, but instead by investing anew in its unique competitive strengths. “The ultimate test of a great power,” he concluded, “is its ability to renew its power.”

Among the pillars of a prospective U.S. renewal might be:

Every reigning power in history has trained a vigilant eye on potential challengers: anxiety inheres in pre-eminence. The essence of Huntington's advice is to instrumentalize that sentiment in the service of national purposes, avoiding the twin temptations of complacence and fatalism. The United States' long-term competitiveness will be served neither by assuming that China is fated to collapse on account of its internal contradictions nor by presuming that it is destined to preside over a world order with Chinese characteristics. Sustainable strategy requires a measured disposition.

Heeding Huntington's guidance will arguably be even more essential today than it has been in decades past, for the United States' central imperative is one for which its postwar history offers no self-evident playbook: it is tasked not with winning a decisive victory over an unalloyed antagonist, but with forging a durable modus vivendi with a complex competitor.

Ali Wyne is a policy analyst at the non-profit, non-partisan RAND Corporation.

This commentary originally appeared on Financial Times on July 24, 2019. Commentary gives RAND researchers a platform to convey insights based on their professional expertise and often on their peer-reviewed research and analysis.